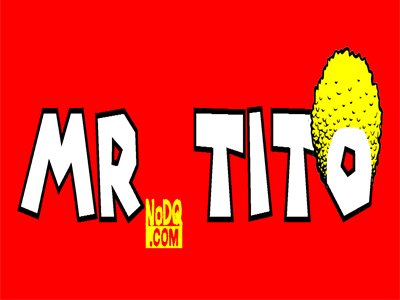 For the past few weeks with AEW and now with the WWE with Smackdown this past evening, wrestling promotions are returning to holding live events in different States again. That is quite an accomplishment, given the COVID-19 pandemic and the political red tape that came with it to hold mass gatherings.

But I’m not here to sing the praises of fans returning to arenas. The excitement of having fans in the stands is a short-term Band-Aid and both WWE/AEW struggling to move tickets for upcoming shows is already validating what I’m about to say in this column. Yes, it’s NICE to have fans in attendance again, as empty arena wrestling sucked for the past year. However, fans or no fans in the stands, the Creative Teams for both the WWE and AEW didn’t change much or at all for the past year.

(b) It is a FACT that WWE was cancelling WWE houseshows through late 2019 and early 2020, actually considering doing away with them for the time being.

(c) Both RAW and Smackdown television events were playing to half empty arenas with lots of tarping on the top rows and forcing fans to the camera sides.

Don’t worry, this excitement to see LIVE WWE and AEW will go away quick. In fact, the honeymoon is already over. For most WWE and AEW events through late July, throughout August, and also for September, there are plenty of seats available from the original ticket outlets.

1) Is Bruce Prichard still the Executive Director of the RAW/Smackdown Creative Teams for the WWE?

2) Is Kevin Dunn still the Executive Producer of the WWE?

3) Does the WWE reportedly employ a writing staff of about 40 writers, which includes Dana Warrior?

5) Is Vince McMahon still tearing up scripts just hours before RAW and Smackdown are about to air? (I enjoyed Vince’s brief appearance on Smackdown, by the way)

6) Have most of the recent releases been from the Performance Center/NXT system?

8) Are the Young Bucks, Kenny Omega, & Cody Rhodes still EVPs of the company?

9) Does the WWE and AEW both have big Cable companies and Corporate Sponsors who dictate their content?

The answers to all of those questions are “YES”.

Whether you have a Thunderdome, nobody in the stands, or a live audience… It is still the SAME WWE and AEW product that was on the downslide anyway through early 2020. The COVID-19 just gave both promotions the EXCUSE to hide the fact that both put on a BAD product through late 2019 and early 2020.

Fans in the stands is just a short-term Band-Aid and soon, many of those seats will be empty.

Did you see who Bobby Lashley might actually wrestle? I’m not going to spoil it for you, but if you’ve seen the story, you’re laughing.

And then we have Kenny Omega versus “Hangman” Adam Page. For one, Kenny Omega is proving to be a system guy based on how he’s unable to replicate great matches that he had in New Japan over here in the states. On top of that, his involvement with Impact Wrestling has totally tanked that business. For Hangman, go look back at that initial “All In” event during 2018. Can anybody tell me who Hangman “wrestled” that night? Actually, you should be asking WHAT he wrestled. For the past 2 years since, his storyline involved him being a drunk… Now, he’s hanging out with the Dark Order who helped tank AEW’s viewership numbers during late 2019.

Women’s Divisions are falling apart… WWE just lost Bayley to injury, Sasha Banks is busy with film schedules, Rhea Ripley just isn’t drawing as champion, and who knows when Charlotte or Becky will be back full time again. AEW is no better, though I’m a fan of Britt Baker. But who can she wrestle? Meanwhile, Tessa Blanchard remains on the sidelines as a free agent.

Both WWE and AEW are circling around cities that are just a few hours away from me. WWE Smackdown on July 23rd in Cleveland, OH and AEW Dynamite in Pittsburgh, PA on August 11th. Both are TELEVISED SHOWS… But I feel zero demand to pay for Gas, pay for tickets, pay for parking, deal with traffic, return home late at night… NOT for these products!

I just don’t care anymore… WWE has beat me down as a wrestling fan and repeatedly given me false hope since 2015 when a few NXT Takeovers gave me hope for the future or that the 3 members of the Shield would revolutionize pro wrestling. While Roman Reigns is great now, he was awful from 2014-early 2020 as an overpushed babyface singles wrestler. AEW, meanwhile will sign that former WWE wrestling free agent to a contract and then just piss on him creatively.

Meanwhile, we live in a wrestling world where Daniel Bryan and CM Punk don’t want to work for either promotion right now.

The fact is that the COVID-19 lift did create a temporary bounce but it created false hope. The same old WWE and AEW are still in place and both refuse to change how their Creative Teams operate. Therefore, both will still struggle to impress with or without fans.

So I’m here to tell you that live fans might make a show sound better or look better… But when you place lipstick on a pig, it’s still a pig. When you polish a turn, it’s still a turd.

What happens inside the ring will dictate the size of the crowds that happen outside of the ring.

If you give the WWE or AEW your money right now, you’re an enabler to their bad Creative behavior.

Read my many archived columns below… Lots of “I Told You So” moments have happened since they have been posted.