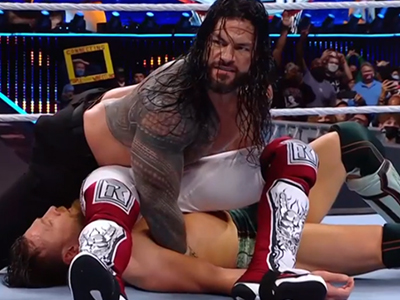 On the night of Survivor Series 1999, the WWE ran an injury angle where Stone Cold Steve Austin was the victim of a hit and run with a car. For the next 9 months or so, the WWE would have to learn to without Steve Austin and primarily pushed a babyface Rock and the recently pushed heel Triple H in his place. If you look at TV Viewership numbers and Pay Per View buyrates through late 1999 and through the Spring of 2000, numbers remained steady… However, according to Jim Ross on his Grilling J.R. podcasts, Houseshow ticket sales began to cool as early as late 1999 and merchandise sales began to slow down. Following the McMahon lovefest known as Wrestlemania 16, WWE’s television viewership began to decline and RAW’s numbers had annual decreases until 2005.

Back then, while the WWE bench was very deep, especially as 2000 rolled around… Steve Austin was the WWE’s main attraction and WWE lost many casual fans who tuned in just to see him. Then, when Austin came back later during the year, the WWE landscape had changed. WWE was becoming more corporate, Triple H was attending production meetings, and WWE was beginning to transition Stephanie McMahon into being Creative Lead (Triple H’s girlfriend). While Austin did his best to regain his top spot, it was obvious that Triple H had become too powerful backstage in his absence and Austin even did a clean job for him at No Way Out 2001 and later teamed with him as a heel after Wrestlemania 17. WWE would continue to decline throughout late 2000 and then really declined during 2001 with Austin’s foolish heel turn and then failed WCW/ECW Alliance angle.

BUT let me run this scenario by you… And I want to 100% stress that I want Roman Reigns to prove to be the most durable wrestler ever. WHAT IF, however, he gets injured? God forbid, what if Leukemia happens to return for a 3rd time? (I pray not!) Or even this… what if he received his 2nd WWE Wellness Violation? He was busted the first time during 2016 and had a 30 day suspension. The 2nd violation equates to 60 day suspension (plus reputational harm) and the 3rd would equate to a termination by the WWE.

I the latter examples (Leukemia, Wellness Policy) are the extremes, but ACL, Quads, Biceps, Triceps, Pectorals, and Rotator Cuffs tear. Roman is 36 years old with 11 years of mileage piled up on his body in addition to many years on the football field. With today’s unsafe style of wrestling with no-disqualification matches, something could happen. How about that violent match he had with Kevin Owens at Royal Rumble 2021? You never know when that neck could break or discs in the spine could displace.

If Roman Reigns were to get injured, who could replace him as the marquee name of WWE Smackdown?

Seth Rollins? Tried pushing him for years as a Main Eventer.

Anyone from RAW, such as Bobby Lashley or Drew McIntyre? They are beginning to draw 1.7 million viewers or less over there on USA Network.

You could always bring back John Cena, Brock Lesnar, or CM Punk, but you better bring the BRINKS Truck to pay each of those wrestlers.

You’ve got NOTHING in the NXT promotion at all to step up immediately, too. Don’t give me Karrion Kross, as the WWE Main Event show just exposed him without giving him a hot female manager and an overproduced entrance. There is NOTHING on the NXT bench that is ready to call up and make an impact immediately.

If Roman Reigns were to be unable to continue performing on WWE Smackdown, the WWE is SO SCREWED!

In case you haven’t watched WWE Smackdown lately, the surrounding show is awful but the beginning and endings are great because of Roman Reigns. The show would be every bit as bad as Monday Night RAW if Roman wasn’t the featured star on the show. Without him, the WWE Creative Team of failed Hollywood writers, comedians, and other non-wrestling fans would get completely exposed and Smackdown would quickly begin looking like RAW.

Then, WWE Smackdown begins to lose viewership on FOX… How low could we go? After all, WWE Smackdown is on Friday Nights when many people typically go out on a date or hit the bars after a long work week. Without Roman, the WWE has to rely on the same old tired names who have already been World Champion repeatedly and a bunch fo wrestlers under 6 feet tall in NXT. WWE has no contingency plans for replacing Roman as their top guy.

Back on May 11th, I wrote a column entitled “Should AEW Dynamite Move to Monday Nights to Challenge WWE RAW?”. Many of you laughed at it back then but if you look at the numbers, All Elite Wrestling (AEW) is closer to the WWE than many think. WWE RAW is averaging 1.7 million and trending downward right now while WEDNESDAY Night AEW Dynamite can do anywhere between 700,000 to 1,000,000 viewers (it varies). Compared to what TNA saw during the early 2010s, they were up against a much stronger WWE that was averaging around 4.5 million viewers. Hence why they lost… TNA had to make up over 2.5 million viewers whereas AEW just has to close a gap of 1 million or less and the WWE is helping them by continuing to decline.

WWE without Roman Reigns is completely vulnerable. No Roman, no consistency of having 2 million viewers for WWE Smackdown. Then, during 2024 when the television deal with FOX expires… What now?

As I have said repeatedly now, this is what happens when you don’t take your Training, Recruiting, and Talent Recruiting seriously. Triple H built a Performance Center and then opted tryout seminars at his Center to determine future WWE wrestlers. Compare that to Jim Ross, Gerald Brisco, and others recruiting athletes from different backgrounds. For example, Gerald Brisco was heavily recruiting Brock Lesnar to join the WWE and spent YEARS speaking to Lesnar and his coaches at the University of Minnesota. While going after Lesnar, they noticed that Shelton Benjamin was quite an amazing talent too. Instead for recent times, WWE is holding tryouts at the Performance Center which invites people who THINK that they want to become Pro Wrestlers. Yet, the intangibles of a top drawing superstar should be scouted across the country.

Let me create a scary scenario for you… Roman Reigns gets injured and AEW makes a big splash signing like CM Punk, Brock Lesnar, or John Cena. I say that scenario is DOUBTFUL because AEW is a hot mess and no high profile wrestlers want to work for the 4 EVPs (Bucks, Cody, Omega). But in my opinion, AEW could take the lead against a vulnerable WWE without Reigns.

June 27th, 2011 marked the 10 anniversary of the infamous “pipebomb” speech by CM Punk on WWE Monday Night RAW. Since John Cena made it as a superstar during 2004-2005, nobody but CM Punk has ever come close to becoming a major breakout star. That “Summer of Punk” was powerful and drew huge numbers back then. Then, the WWE botched the weeks after Money in the Bank 2011 win, forced Alberto Del Rio to win his WWE Title, and then Triple H shoveled the last dirt onto his momentum with their feud. Never being able to actually Main Event RAW or Pay Per Views as champion during 2012 and Punk lost to everybody during 2013. Punk is 42, going on 43… Time is running out, though him just cutting promos, alone, would be a good draw.

AEW has to purge its awful Executive Vice Presidents who have signed the wrong talents for this start-up, are disorganized on their creative, and aren’t impressing much themselves as in-ring performers. Put some experienced wrestling hands in charge of talent recruitment and creative and maybe consider hiring CM Punk to join that process.

WWE is a disaster. Creative is BAD, Talent Development is AWFUL, and WWE’s push investment in Roman Reigns from 2014-2020 caused many WWE wrestlers to fall by the wayside. Who knows? Dean Ambrose, Cody Rhodes, Rusev, Braun Strowman, Bray Wyatt, CM Punk, Daniel Bryan, and many others would have gone on to be a top star in the WWE if they didn’t have to sell and lose to Roman Reigns during his 2014-2020 babyface push. While Roman figured it out by August 2020 by becoming a heel, it still doesn’t replace the damage done to other talents selling for him for what the WWE tried for 6-7 years before Roman finally “got it”.

WWE has no bench and doing all of these “Spring Cleaning” post-Wrestlemania releases has thinned their roster of choices and NXT has nobody ready to takeover immediately as needed. WWE’s long-term prospects look bad.

Nick Khan might be good at making the WWE more profitable, but he sure as hell cannot account for the Creative Team or Talent Relations. Doing all of those talent cuts while not building proper contingency plans for the talent harm the WWE soon. If Roman Reigns gets hurt for a substantial amount of time, negotiating for that next FOX deal could become difficult.

If the WWE isn’t trying to create a back-up for Roman Reigns as the top guy… Then maybe WWE is truly for sale?