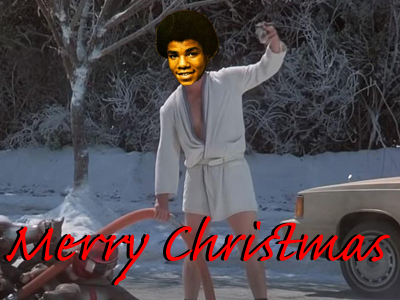 ‘Twas the Night before Pro Wrestling Christmas…
Written by Mr. Tito – NoDQ.com
Parody of Clement Clarke Moore’s A Visit from St. Nicholas, better known known as “‘Twas the Night Before Christmas”, from 1823.

‘Twas the night before Pro Wrestling Christmas, when all throughout the arena.
Not a wrestling botch was stirring, not even stiff shots from Athena.
The title belts were hung above the ring with care,
With hopes that the Wall Street Journal won’t announce another Vince McMahon affair.

Mandy Rose had her camera set up right by her bed,
As uploaded content caused her termination from a contact she misread.
Though most wrestling fans have no problem with what Mandy posted as they flap,
The stick up the arses of WWE and Mattel executives was about to snap!

Behind CM Punk’s locker room door arose such a clatter,
It was the AEW EVPs knocking because they believed that words mattered.
Tony Khan’s television ratings were soon about to crash,
As he realized that it was CM Punk who truly drew the cash.

Dave Meltzer and his Observer Boys once thought they were in the know,
But their biases towards Tony and their California Indy heroes began to show.
When what my wondering eyes did Sean Ross Sapp appear,
For he officially became the #1 news insider and took over Dave’s career.

For many years, Sami Zayn’s in-ring work made people sick,
But put him with Jackass or Bloodline groups, he’ll show you some tricks.
There are too many WWE talents on the roster rotting and that’s a shame,
Because with some creative freedom and better coaching, you never what a talent could have became.

Now Drew, now Kevin, now Logan, and Brock!
On Sheamus, on Riddle, on AJ and the Rock!
Roman Reigns needs new opponents instead of what is thrown at the wall,
But will Cody Rhodes be the one who will stand tall?

Stephanie McMahon and Nick Khan have replaced Vince McMahon and told Vince “goodbye”
But if Vince McMahon flashes that majority shareholder status, they’ll have to comply.
Triple H’s talent signings have been failures and caused many fans to say “who?”,
As the success of any released wrestlers doing well outside the WWE has been a few.

And then on the top of the arena, in a twinkling, I heard on the roof,
That the momentum that AEW once had with CM Punk went up in the air like “poof”.
It was in the WWE where CM Punk’s career was buried and drown,
That AEW should have known that their antics wouldn’t cause a bitter CM Punk to last or be around.

Tony’s AEW promotion became tarnished with ashes and soot,
As his creative ideas were about as smart as an a**hole on a foot.
Booker of the year, he was once proclaimed by Observer loving hacks,
And yet it’s only WWE’s awful creative ideas that Dave & Bryan try to attack.

Ronda’s eyes – how they twinkled but appeared as if she feel face-first into a bush of blueberries,
And wrestling fans kept tweeting #FireRondaRousey with excitement as if they were about to burst someone’s cherry,
Yet here fans were, still paying for tickets or watching shows,
Despite all of the crying, wrestling fans still gave WWE their money and refuse to go.

Wrestling fans are addicted to the WWE as if they did Meth and didn’t care how it ruined their teeth,
And they keep telling us that “Kayfabe is Dead” despite the rest of the world unwilling to suspend disbelief.
Meanwhile, wrestlers reveal everything on Social Media as well as showing more than just their belly,
Being ironic 10 years later after mocking the antics of Kelly Kelly.

Wrestlers love exposing the wrestling business as if it helps him or herself,
Yet, magicians never reveal their tricks because it would place their career on a shelf.
By exposing too many secrets, wrestlers think that it gives them attention to get ahead,
Yet they don’t realize how many nails they are driving into wrestling’s coffin to make it become dead.

When Vince McMahon’s sex scandals came out, he spoke not a word and went straight back to work,
And he tried to appear on shows as if nothing happened, but more stories came out to prove that Vince was a jerk.
For many years, Vince McMahon and John Laurinaitis were having affairs right under our nose,
As many financial settlements and NDAs finally caused the toxic WWE work environment to be exposed.

As I spring up to my desk, to write another column that is like arming a missile,
I cannot retire with all of these breaking headlines that forced me to reconsider my dismissal.
I’ll try again, but WWE and AEW’s drama makes me want to write…
Happy Christmas to all, and all a good night.