As previously noted, Dax Harwood of FTR recently expressed his desire to see CM Punk and The Elite work things out following their backstage altercation from September of 2022. Punk responded with “duh” in an Instagram post that quoted what Harwood said. This has led to renewed speculation about Punk’s future once he is recovered from his torn triceps injury. 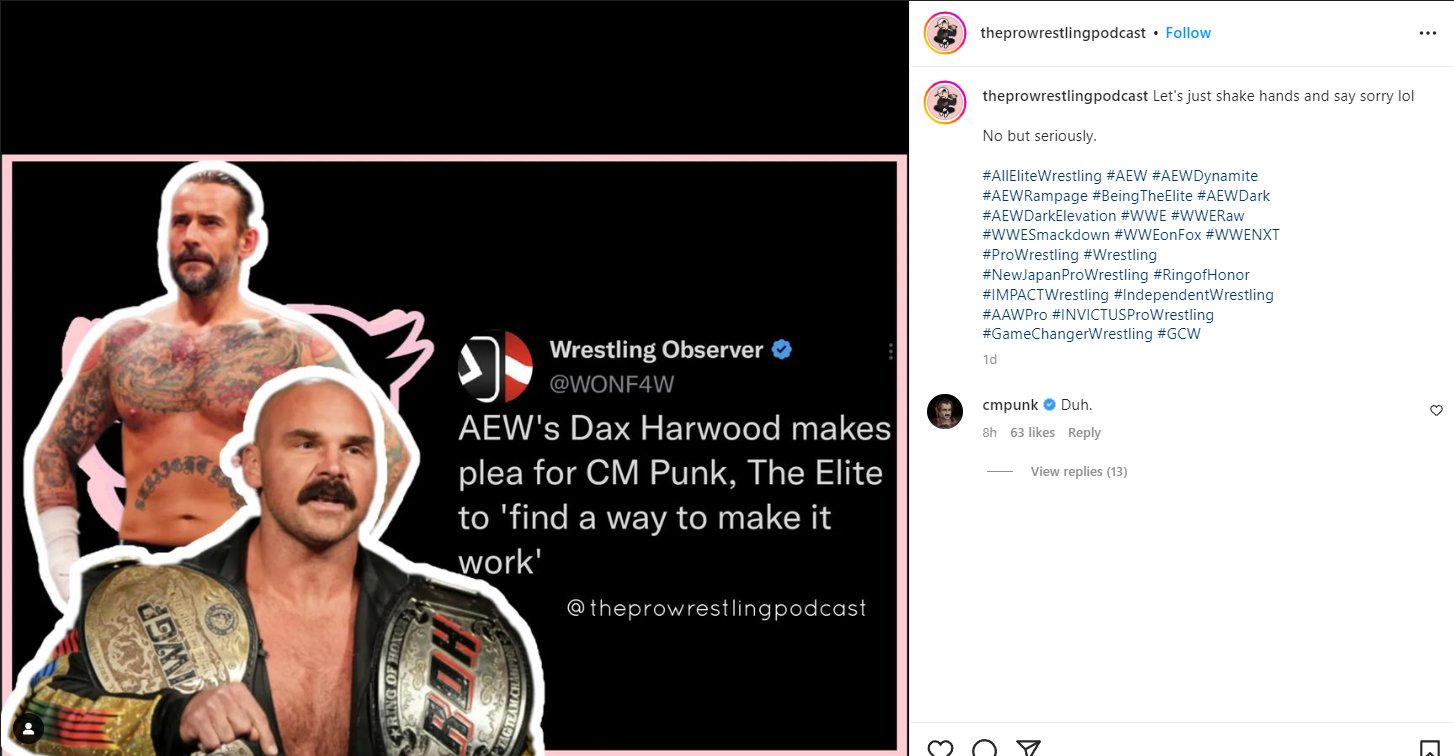 Dave Meltzer of F4WOnline.com noted the following regarding Punk’s comment…

“It’s a very interesting move because there is an obvious strategy to it, in the sense if it doesn’t happen the idea is that Punk is willing to play ball and the others aren’t. The idea is it tells people Punk wants back in and creates the clamor from the fan base that he’s willing to return.”

Meltzer added that it puts Tony Khan in a “very bad position” with different talent since top stars including Chris Jericho told the locker room that they would make sure Punk isn’t brought back.

F4WOnline.com’s Bryan Alvarez was quick to shoot down the idea that Punk and The Elite will work together again…

WOL: Bryan Alvarez does not expect CM Punk to come back to AEW to work with The Elite.