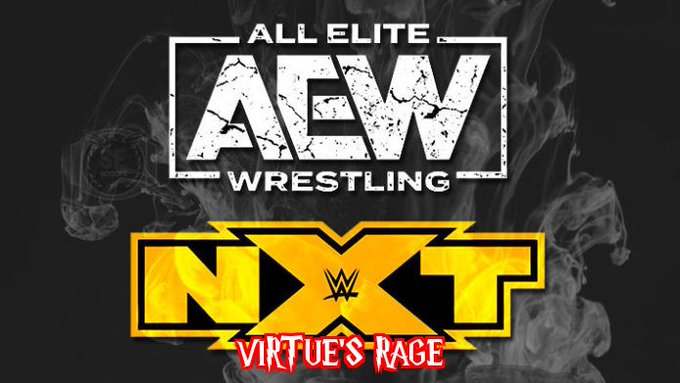 If a tree falls in the forest and nobody is around to hear it, does it make a sound? I have said it before and I will say it again, WWE’s main purpose to have NXT on Wednesday nights on the USA Network was to collect another payday from NBCUniversal. Oh, and if they happened to stunt the growth of rival AEW Dynamite on TNT while they were at it, then so be it. NXT will be moving to Tuesday nights next week and the so-called Wednesday Night Wrestling “War” is officially over. Well, it actually never really even began because I believe WWE clearly just wanted to get their third brand on cable television where it could go from losing them money annually to actually making some of that back by the TV rights contract with NBCU.

WWE clearly did not set out to want to consistently beat AEW in the ratings every week. Sure, NXT did win the overall viewership numbers a handful of times during their head to head run against AEW, but I honestly do not believe that was the goal the entire time, just as long as they were making additional money from NBCU. However, I am sure WWE management was more than thrilled that NXT had a higher overall viewership count than AEW Dynamite this final week head to head against them. WWE could consider that their Battle of Gettysburg victory against AEW despite them losing , but I still think they do not even care because they know they are sharing the same pool of diehard wrestling fans with AEW, and by moving to Tuesday nights, they can now try to maximize that number.

Perhaps initially WWE viewed AEW as a threat, especially because WWE was signing up wrestlers left and right to seemingly hefty contracts. However, over time as AEW failed to grow viewership, WWE started to release wrestlers they deemed as excess during the pandemic. They were clearly not worried if those wrestlers signed with the so-called competition. To be clear, AEW was not growing their television audience even before the pandemic in early 2020. The fact that Vince McMahon recently gave Steve Austin the green light to have AEW main eventer Chris Jericho on his podcast which airs on the WWE Network/Peacock is all you really need to know about WWE no longer considering AEW to be a threat to them, if they ever were considered a threat.

I find it fascinating that AEW fans and “beat-off” writers often call out WWE’s ratings for declining over the years, especially during the pandemic, but they are perfectly content with AEW Dynamite’s consistent sub 1 million total viewership each week. As for the handful of times NXT did have more overall viewers than AEW, there was always a built-in excuse and a but, but, but AEW beat NXT in the 18-49 demo. Blah, blah, blah! I have often said that the first few months of AEW Dynamite that aired in 2019 were infinitely better than what started transpiring on the shows once 2020 began and Tony Khan was soon thereafter publicly known as the head booker/writer of the show. There is no coincidence the longer Tony Khan has publicly been at the helm of creative for Dynamite, the less and less guarded WWE has been about AEW. The fact that legends like Sting, Big Show, and recently Christian, as well as other wrestlers such as Miro and FTR have all signed with AEW just reiterates that WWE no longer considers AEW a threat to their business. To be honest, that is perfectly okay. WWE can continue to do their thing while not having to worry about AEW. Likewise, AEW can keep doing their thing and catering to their diehard (niche) fanbase.

Do not get me wrong. NXT is niche, too. I have stated that on several occasions and stick by that obvious claim. But in WWE’s instance, they still have their main roster which garners a 1.8-2.2 million fanbase on television, which has most likely bottomed out. Despite NXT being WWE’s third brand, it is still vastly viewed as developmental and thus the 600-700K television fanbase is not necessarily condemnable, in my opinion. We will soon see if it gets a slight boost on Tuesday nights when no longer opposing AEW. It will also be interesting to see where the viewership of AEW Dynamite now goes to on Wednesday nights when no longer opposing NXT. If NXT viewership stays about the same, that is somewhat expected by me because it is WWE’s third brand, niche product and they know that. However, if AEW cannot find a way to consistently increase their audience to 1+ million without any opposing competition, Tony Khan should be held accountable for AEW’s lack of growth because I will always believe that casual fans should still matter.

Thank you for reading this mini edition of ViRTUE’s RAGE!