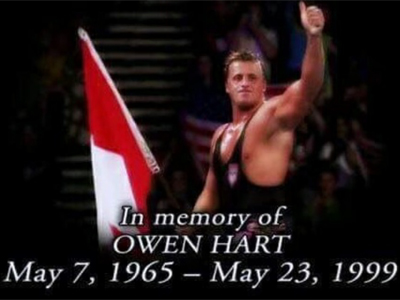 First and foremost, prayers to Buffalo Bills football player Damar Hamlin, who collapsed during the Bills vs. Bengals NFL Monday Night Football game tonight. When he made a tackle, he appeared to take a helmet to the chest and when he got up after making the play, he passed out. CPR & oxygen was given and Damar was rushed to the hospital, where he was announced to be in “critical” condition.

When this happened, the National Football League (NFL) postponed the game… There were some reports that the NFL wanted to restart play 5 minutes after Damar was fully taken off the field (sources within NFL have refuted this, Troy Vincent of NFLPA later refuted it), but it appears that the players and coaches on the field and the NFL Players’ Association (NFLPA) had a different opinion about tonight’s game. Bengals vs. Bills had a significance about it, with playoff seeding and division titles on the line… But the shocking and potentially fatal incident caused everyone to put this important game on hold.

After Damar fainted and then the discussions ramped up about postponing the game began to happen, a familiar wrestling name began to trend online: Owen Hart.

At the Over the Edge WWE Pay Per View during May 23rd, 1999, one of the biggest tragedies happened in Pro Wrestling. Owen Hart died when he fell 70 feet to the ring from the rafters thanks to a faulty safety harness. He landed on the top rope from that height and it was fatal… Owen died at the tender age of 34. The reason Owen was in the rafters was due to him portraying a comedic version of the Blue Blazer gimmick that he once had in the WWE and he was mocking other wrestlers. For this stunt, he was imitating Sting’s ascension the rafters.

But the real controversy was the WWE’s decisions that the “show must go on”. Owen Hart was taken to the back and the next match literally went on right after medics arrived backstage with Owen’s body. This ignited a firestorm of controversy, as many suggested that the WWE should have cancelled the rest of the show. Instead, they resumed as planned and utilized Jim Ross to break the news to the fans watching the show on Pay Per View. Those in Kansas City had no idea that Owen passed and this was in 1999, as cellular phones weren’t readily available as they soon where during the 2000s and then smartphones came after.

Did the WWE make the right decision to carry on after Owen’s death with the Over the Edge Pay Per View? In hindsight, the WWE took a ton of heat for continuing with the show.

Maybe, just maybe, the NFL and their public relations unit is recalling what happened almost 24 years ago at Kemper Arena with Owen Hart?

The fear back during 1999 was of fan rebellion or rioting if the WWE had announced that the show was cancelled or postponed. While you think that might be crazy, the 1990s had a few musical concerts ending in riots. Two of the most famous ones involved the band Guns N Roses, who got upset at a fan recording the show and ended the show early (well, after Axl Rose jumped into the crowd). Then, in Montreal during the Guns N Roses/Metallica concert, when Metallica ended their set early because James Hetfield was burned badly due to pyro, Axl Rose ended his set early, too, for whatever reason and fans were jacked. This was also pre-9/11 era, where security was much less at concerts and sporting events.

That said, why would the WWE think this? WWE’s fans have been civil, which is a biproduct of the WWE toning down their product during the 1980s. Can you name me any riots that have ever occurred at WWE events?

If Vince McMahon came out and simply said “due to unforeseen events with an accident involving Owen Hart, the WWE has elected to postpone this event. We’ll honor your tickets for a future WWE event or give you refunds as necessary. Our sincerest of apologies, but our hearts are with Owen Hart and his family right now!”

I guarantee you that WWE fans at Kemper Arena that night would be 100% OK with what happened. Again, WWE fans had no history of rioting and WWE’s arena security was beefed up to handle sellout crowds. Speaking of that, WWE was financially secure in 1999 thanks to 1998’s turnaround business and 1999 was shaping to be the WWE’s most lucrative yet! They could have absorbed 1 night of arena and Pay Per View refunds to obtain goodwill from their fans. If the WWE cancelled Over the Edge 1999 and then had that Owen Hart tribute on RAW, WWE fans would have appreciated WWE’s honoring of Owen that much more. Instead, Vince McMahon and WWE appeared greedy by carrying on with Over the Edge 1999 and that probably caused the settlement to Martha Hart (Owen’s wife) grow a little bit more.

And it’s hard to say whether the WWE learned from this experience or not… Remember when Jerry “the King” Lawler collapsed at ringside? He was clinically dead and brought back to life at the freakin’s show! Yet, the WWE kept the show going, worried about their TV obligations along with those paid in attendance. Same thing happened in May 1999 with attendance and Pay Per View money.

Yet, the NFL, just tonight, postponed a major game on ESPN with a sold out crowd in attendance and fully paid sponsors for the game.

It shows you two distinctive things:

(1) Vince McMahon had a firm grip on his company and wanted every last dollar.

(2) NFL Players’ Association has a bigger say in how their company operates. After all, they collectively bargain their deal with the league. As you’ve seen with the terminations for the past 3 years, wrestlers have no job security or rights in the WWE.

If the reports are true, the NFL reportedly wanted the game to continue but the powerful NFLPA intervened and convinced them otherwise. Back during 1999, nobody would dare challenge Vince McMahon’s position to push forward with that show despite Owen Hart dying.

It’s tragic what happened to Owen Hart and it’s controversial with the show continuing at Over the Edge 1999 after Owen’s passing. However, with the NFL postponing the game, they are setting a new precedent for player safety. In a critical moment, the NFL has learned from the WWE’s possible mistake. And as you can see, Buffalo Bills fans aren’t rioting because the game was stopped and there are MORE fans in those stands than at the Kemper Arena. Lot more drunk, too, but no riots.

It’s a controversial decision by the WWE… If anything, it’s icing on a horribly baked cake as the WWE’s negligence caused Owen Hart to leave us too soon. They went cheap on the stunt coordinator and also had demands on a quick release harness that the coordinator claimed to know how to use and set-up.

Me, personally, I don’t know how you go on when a performer dies. I know many in the business have said “Owen would have wanted the show to go on”, but had a friend of Owen’s died at a wrestling show, he would be distraught. And again, WWE has a loyal and well behaved fanbase at live shows. No riots and just isolated incidents of bad behavior, but WWE’s security keeps things well in line. Through May 1999, WWE had the money to take a one-night hit on attendance gates and Pay Per View revenues. Trust me, by May of 1999, WCW wasn’t going to catch them.

Prayers to Damar Hamlin and his family. And here’s hoping that the NFL learns from this experience, along with others like Tua’s repeat concussions. Take care of your players, please… And I hope WWE is watching closely. Take care of your wrestlers, too, and think about what happened during May 1999.