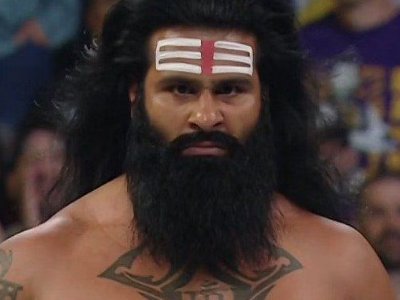 Veer Mahaan has not competed on WWE television since the August 15th 2022 edition of WWE RAW. In regards to Mahaan’s status with WWE, it appears that he has been shifted over to the NXT brand for the time being. During NXT’s Saturday night live event in Citrus Springs, FL, Mahaan resurfaced as he teamed with up with Sanga.

Mahaan and Sanga were previously known as Indus Sher during their time in NXT. Mahaan was called up to the main roster in 2021 and was paired up with Jinder Mahal. Mahaan was then taken off television and after several months of “Veer is Coming” vignettes, he returned during the April 4th 2022 edition of RAW.

Tag team* Trying to get a good shot lol pic.twitter.com/twm4ZEb62i