As previously noted, Ric Flair’s son-in-law Conrad Thompson noted that “there’s nothing wrong with Charlotte Flair” and “she’s just fine” in regards to her hiatus from WWE television.

There has been speculation about Charlotte returning to WWE in time for the 2023 Royal Rumble PLE and Wrestlemania season. According to Dave Meltzer of F4WOnline.com, the company has started making creative plans for Charlotte’s return.

Charlotte has been teasing her return on social media and recently shared a photo with NXT’s Zoey Stark and Alba Fyre in what appeared to be from an in-ring training session. RAW women’s champion Bianca Belair has also teased that she has unfinished business with Charlotte. 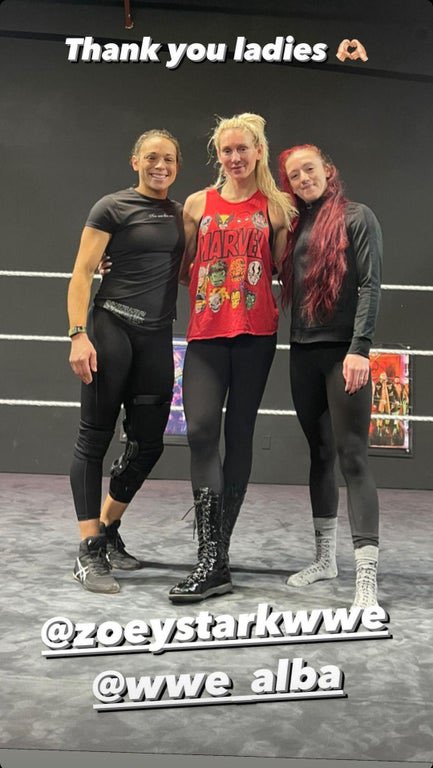