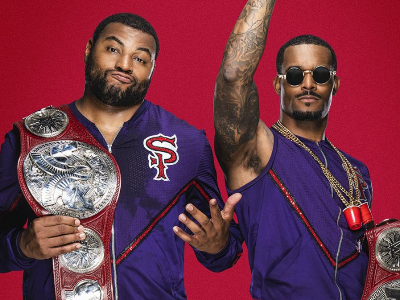 As previously noted, there was “serious consideration” of having the Street Profits broken up with Montez Ford going to RAW and Angelo Dawkins staying on Smackdown.

According to Louis Dangoor of GiveMeSport.com, the door is said to still be open for Ford to become a singles star in a few months with Dawkins staying on the same brand. It’s believed that higher-ups in WWE with influence feel that Ford has potential to receive a “serious” singles push in the company.

In regards to Ford’s match against Roman Reigns on Smackdown, it was reportedly seen as a “trial” to see how Ford would work as a singles competitor. GiveMeSport was told that Ford “passed with flying colors.”

“GiveMeSport has also learned that people within WWE have been impressed with Ford’s conduct and performances over the last few months, which is why he’s being considered for big opportunities like this.”