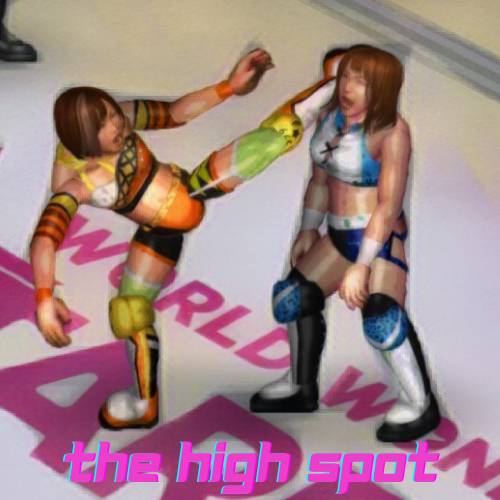 Note: When “smart” wrestling fans try to use ratings as some sort of measure of quality — show them this article…

This week’s AEW Dynamite dipped below one million viewers coming off one of the best wrestling PPVs of the year. Predictably, fans used this to take shots at the young promotion.

-“That’s what happened when you’re not building stars and and everybody on the mid card is on a rotating table. Fans won’t tune in to the show.”
-“I thought Jeff Hardy was a draw? AEW didn’t reached at least 1 million views?” (wonderful grammar)
-“AEW is in the mud…”
-“Buuuuttt….. Aew still can’t beat wwe’s raw and smackdown. So….”

Fun fact, ratings don’t matter as much as you think…so without further adieu, let’s get into it…

The Decline of Wrestling Ratings

First honest question: Why a million? Why have some fans placed this arbitrary number that is alleged to measure success? If I said to you in 2016 “Wow, Raw can’t even break 4 million viewers anymore? PSH.” — that sounds incredibly dumb, doesn’t it?

It’s the same kind of dumb when you realize that AEW fluctuates between under and over a million viewers on a weekly basis. It’s not important as a number as you think when the line on the chart isn’t moving one direction or another in a notable way. Dropping from 1M to 950K in one week is nothing. Talk to me when it drops from 1M to 500k. Not everyone is glued to their TV’s every week. Life happens…

But if you actually look at AEW’s ratings since 2019, there is a steady increase. Overall, the line is ticking up, not down. But you don’t want to hear that, do you?

But we aren’t talking about this?

Furthermore, there is a correlation in some fans’ move to AEW and WWE’s decline in ratings. A 2020 YouGov poll found that most viewers who became jaded with the product cited bad writing and it being “too cartoonish”.

But guess what? McMahon isn’t making his money off of TV ratings. As some point, neither will Khan. Here’s why:

It’s no surprise that as of January of 2022, cable viewership continues their slow decline. Across the board, networks are seeing their cable viewership decrease, while their streaming products increase. WWE secured streaming rights with Peacock for their ‘pREmiUm LiVe eVeNtS’ and WWE network in a multi-year deal worth over $1 Billion. Fox did the same in 2019 with a similar deal.

AEW’s deal with WarnerMedia is estimated at $45 Million per year. If rumors are true that AEW starts a streaming service on HBO Max (owned by WarnerMedia), expect said revenue increase.

Keep in mind that AEW is also pulling in 170,000 buys from Revolution (not too shabby for a $50 PPV in 2022), and grossing over a million dollars at the gate in tickets already sold for May’s Double or Nothing. With a video game on the horizon, there are plenty of other ways Khan is making money right now, and in the future.

The bottom line is that sans the diehards like myself who is in a good enough place financially to afford cable tv (plus streaming) to watch AEW every Wednesday — the number of cable TV viewers continues to decline year-by-year.

Streaming service viewership, however, is way up. This is, and has been, the future for some time now. Have you not been paying attention?

The Networks Are Happy

Whether it’s USA, Fox, TBS or TNT — all that matters at the end of the day is that advertisers are giving them money for spots on AEW and WWE television.

More people watched AEW this Wednesday night than the NBA and right-wing jizzmop Tucker Carlson. If your show is literally #1 on cable television for that night, do you really think the networks are going to shake their fingers at TK and complain that this week wasn’t over a million viewers?

Last Friday, Smackdown ranked #8 in broadcast television networks (over the air), and WWE Raw ranked #1 on Monday night. Again, do you think Fox and USA executives are worried that ratings aren’t where they used to be 7 years ago?

For the landscape of the time, where more viewers are leaving cable to go to streaming, any network is going to be happy with a top spot — no matter what night it is.

Admit it. You’re a Troll.

I don’t comment on social media — but I read what folks have to say. Unfortunately, the vast majority of what comes out of the mouths of wresting fans tends to be uninformed, biased, and emotionally-driven over factually-driven.

And this is from both fanbases.

If you’re not a troll, and just refuse to do any research into what you are talking about, I don’t know how else to put this:

Stop being a stupid wresting fan.

A company not even five-years-old is #1 in ratings on their night, and haters want to find a way to poke holes in it. This isn’t the Monday Night Wars. Two brands do not need to compete on the same night, nor rely solely on specific TV ratings for profit. WWE doesn’t, and neither does AEW.

Grow up. Try to keep up with the rest of us researched and informed wrestling fans who don’t use ratings as a crutch of a baseless narrative to further your biased and immature views. Both AEW and WWE are doing well when it comes to TV ratings in the 2022 cable/streaming landscape.

This is good for fan bases of both shows. Embrace it.  Move on. Get a hobby, or just try to be positive for once.

Otherwise, in the immortal words of Butthead; “Can you like, shut up?”