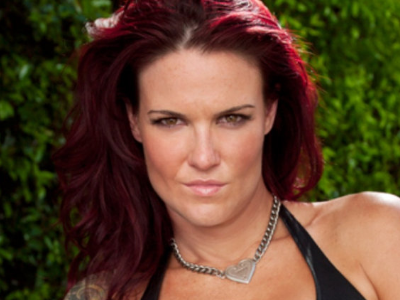 Hey guys, I’m back. Hope to be writing again more, but with everything going on in life, not sure how much that’ll happen. But, I’ve been wanting to write this for a week now and finally got it done, so here we go!

I love the Royal Rumble. It’s one of my favorite nights of the year, as it is for many wrestling fans. If WrestleMania is our SuperBowl then the Royal Rumble is our Christmas. You’ll always remember where you were when Rey Mysterio and The Hurricane returned in 2018, or when Edge made his surprise return in 2020, or Christian in 2021. You’ll always remember how pumped up you were when The Undertaker, Goldberg, and Lesnar were all announced for the 2017 Rumble (the less said about Randy Orton winning that year the better), or the final 6 Old School vs. New School in 2018’s Rumble, or the match within a match of the final 2 of HBK vs. Undertaker in 2007’s Rumble. There are so many Rumble memories and moments it’s so hard to name them all. The Royal Rumble is always the place where WWE can start over or start something new on the Road to WrestleMania. And this year’s women’s rumble, Titan Towers NEED to do just that with the Women’s Rumble. Let’s take a quick look at the state of the division, shall we?

Since the pandemic, Becky being gone, the release of a lot of great women’s wrestlers, and injuries to Bayley, Asuka, (and now) Sasha Banks, the women’s roster is severely depleted of mega star power save Charlotte Flair, who shouldn’t always be relied on to be in the top major role, and Becky Lynch, whose Big Time Becks gimmick is hit or miss for me. On Raw, the situation is a little better with the number of women’s wrestlers, but that side of the roster needs a push. Bianca hasn’t really been the same since losing the title and moving to Raw. Niki A.S.H turning back into a heel is a great start, but her still being a superhero/villan(?) still seems cartoonish. Rhea Rippley needs to be made back into the unstoppable powerhouse she was. Doudrop just isn’t doing it for me, flat out. The Liv Morgan storyline was fantastic but really should’ve had her win the title or she’ll fall back down the crad, which would be a shame since they spent so long building her up. Alexa Bliss coming back has my interest, so we’ll see where that goes. Carmella and Queen Zelina as Women’s Tag Champs is just meh for me. And Tamina and Dana Brooke are just there. Now, let’s look on the SmackDown side. Though, it really could be asked, what SmackDown side? The SmackDown women’s roster has 8, yes EIGHT, Superstars. The Naomi storyline has been going on for so long, they really need to get to the point, or no one will care when they do. Shayna Baszler is no longer the absolute monster she once was before her loss to Becky Lynch at WrestleMania 36 and hasn’t been treated seriously in far too long, Natalya just lost in a “Record 3.17 seconds” on SmackDown to Aliyah, and Shotzi has done nothing as a heel. So, if there was ever a time for WWE to hit the reset button, it’s January 29th at the Royal Rumble.

On January 7th, WWE announced several major entrants for the Women’s Royal Rumble including Hall of Famers The Bella Twins and Lita, Legends such as Michelle McCool and Kelly Kelly, and former Superstar Summer Rae. But the major shock out of them all was the announcement that the reigning Impact Knockouts World Champion Mickie James (and announced as such by Pat McAffee on commentary) would be in the Rumble. Twitter exploded. And rightly so. A reigning women’s champion of another rival promotion appearing on WWE programming with the title belt is unheard of today. The last time something close to this happened was when Tazz won the ECW title as a WWE Superstar in 2000. After the announcement, news started coming out that WWE is basically open for business and that there are no more borders. This immediately got people talking of who else could potentially be in the Rumble and, on a less likely front, if someone like Mickie or one of the other legends could actually win the Rumble. And honestly? That might not be a bad idea.

This Royal Rumble, like most, is going to be a reset, and, as has been shown, the Women’s division needs one. And what better way to ramp up the division, make bonafide stars that aren’t just the Hoursewomen, and get people excited about and for the division again for WrestleMania than by bringing back some legends who can still go in the ring for those major dream matches? And what better way to tease some of these dream matches for WrestleMania than in the Women’s Royal Rumble? The Royal Rumble has been known as a WWE testing ground and teasing ground for years when it comes to WWE’s WrestleMania plans to see how people react to them. And, with Sasha out till March and Bayley out till then as well, WWE needs some major opponents for, not just Charlotte and Becky, but the Women’s Tag Team Titles also. And that can easily come in the form of one of these legends. Let’s take a look at a few –

Mickie James – Mickie is a 5 time Women’s Champion in WWE and a 4 time and current Impact Knockouts World Champion. Mickie has Mick-Kicked the forbidden door off its hinges by entering the Rumble. Now, while it may just be a one off, what if it wasn’t? Mickie could be the perfect opponent for either Charlotte or Becky going into WrestleMania. Now, while putting Mickie’s title on the line wouldn’t happen, a reigning champion of another promotion fighting for a WWE Women’s Championship at WrestleMania is exactly the type of thing that would get eyes and ears on the women’s division in WWE again.

Michelle McCool – Michelle is a 4 time Women’s Champion in WWE, including being the first ever Divas Champion, and unified both titles in 2010. She had a long running tag team with Layla from 2009 till right before her retirement in 2011. McCool was a trailblazer in her own right with her athleticism and competing in the first women’s table match with Layla vs. Beth Phoenix and Natalya. She has stated on The Bump that she wants to fight Charlotte Flair, and what a better time than this year’s WrestleMania. Michelle’s husband, The Undertaker, is most likely going into the WWE Hall of Fame this year in Texas, so what a better time than to induct Michelle as this years female inductee and have her face Charlotte as a newly inducted Hall of Famer. I mean, who doesn’t want to see them try and hit each other with the Big Boot? Yes please!

The Bella Twins – Since the WWE Women’s Tag Team Championship was announced, the number one team fans have been BEGGING to go for the titles is The Bella Twins. A combined 3 time Divas Champions and Hall of Famers, injuries and retirement have kept them both out of the ring for so long. Now, with Nikki cleared, The Bellas are set to make a return. Now, while Nikki has teased winning the Rumble and challenging for the tag titles instead, I don’t see that happening. I don’t see either Bella winning the Rumble. However, WWE is in serious lack of women’s tag teams due to getting rid of multiple halves of multiple teams with its releases. If WWE ever needed legitimacy more in its women’s tag division, it would be now, and it doesn’t get more legendary and legit in women’s tag team wrestling than the Bella Twins.

Lita – the Hall of Famer and 4 time Women’s Champion is about as legendary as it gets in WWE. Being a part of and winning the first 3 matches women were involved in the main event for Raw, Lita has done it all. Her rivalry with Trish Stratus is one of, if not the, most famous rivalries in all of women’s wrestling. Known for her high flying moves, it set her apart from most women superstars and made her an icon and inspiration for many wrestlers including Bayley, Naomi, Mickie James, and Becky Lynch. And what makes the prospect of a Lita match at WrestleMania more possible than the others, is that WWE has already begun teasing it. With Sasha out till March, WWE can’t wait till then to start building up that feud. Lita appeared on this week’s SmackDown saying she has one more run left in her and was confronted by SmackDown Women’s Champion Charlotte Flair. For Lita to go and win the Rumble and go on to face Charlotte at WrestleMania, and other women along the way (Lita vs. Shotzi sounds really good to me), is how you get women’s wrestling to seem important again in WWE.

If WWE can use these legends to boost its current division, then I I think (and hope) that the future is bright again for its female Superstars. All of that, of course, remains to be seen with what happens over the course of the next few weeks and months, but needless to say, I’m excited about it!