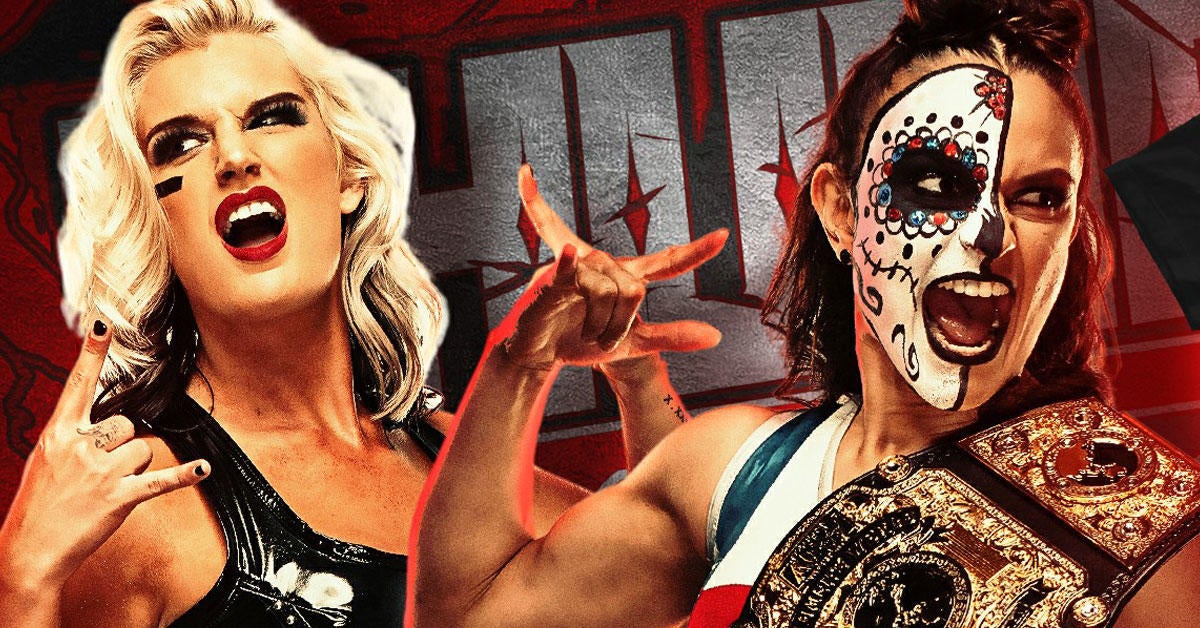 Over the last few weeks a thunderstorm has been brewing. Specifically, the newly formed tag team of AEW Women’s World Champion Thunder Rosa and Toni Storm. After their banger of a match at Forbidden Door, the two have started sort of a friendship.

It led me to a thought: Could Tony Khan put a newly formed Women’s Tag Team Championship on the duo? It’s not a bad idea. Many tag teams throughout the years have been formed with singles wrestlers. Team Hell No, Brothers of Destruction, The Rock n’ Sock Connection, and JeriShow, just to name a few.

But here’s the kicker — they should actually lose in any sort of finals match for the championships. 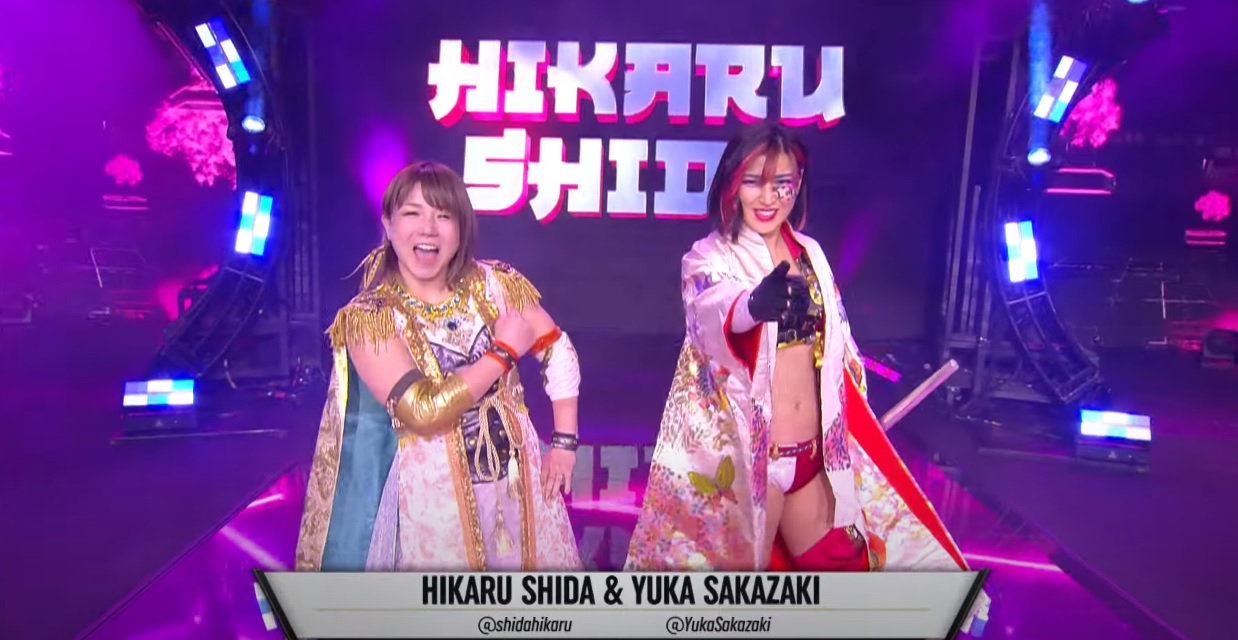 If anyone has been watching Dark or Rampage, they’ve noticed a trend of growing women’s tag teams. Over the weeks, many have been randomly paired up, as if TK is trying to find the right team with the right chemistry to cement as a pair.

Mercedes Martinez and Serena Deeb will have competed together as a team a few times as of Friday’s Rampage. Nyla Rose and Marina Shafir have formed a clear alliance over the past few weeks as well.

Recent pairings via Dark/Rampage matches or promos include:

And in the distant past, Anna Jay has teamed up with Ruby Soho. Penelope Ford and The Bunny are both nursing injuries, but are an established tag team. And for the love of fantasy booking who doesn’t want to see Julia Hart form a team with Abadon?

You could even throw Britt Baker and Jamie Hayter in for good measure.

My point is that while critics may say “there’s not enough women for a tag division” — here lies 8-9 possible teams/alliances that already exist.

ThunderStorm Must Lose in the Finals 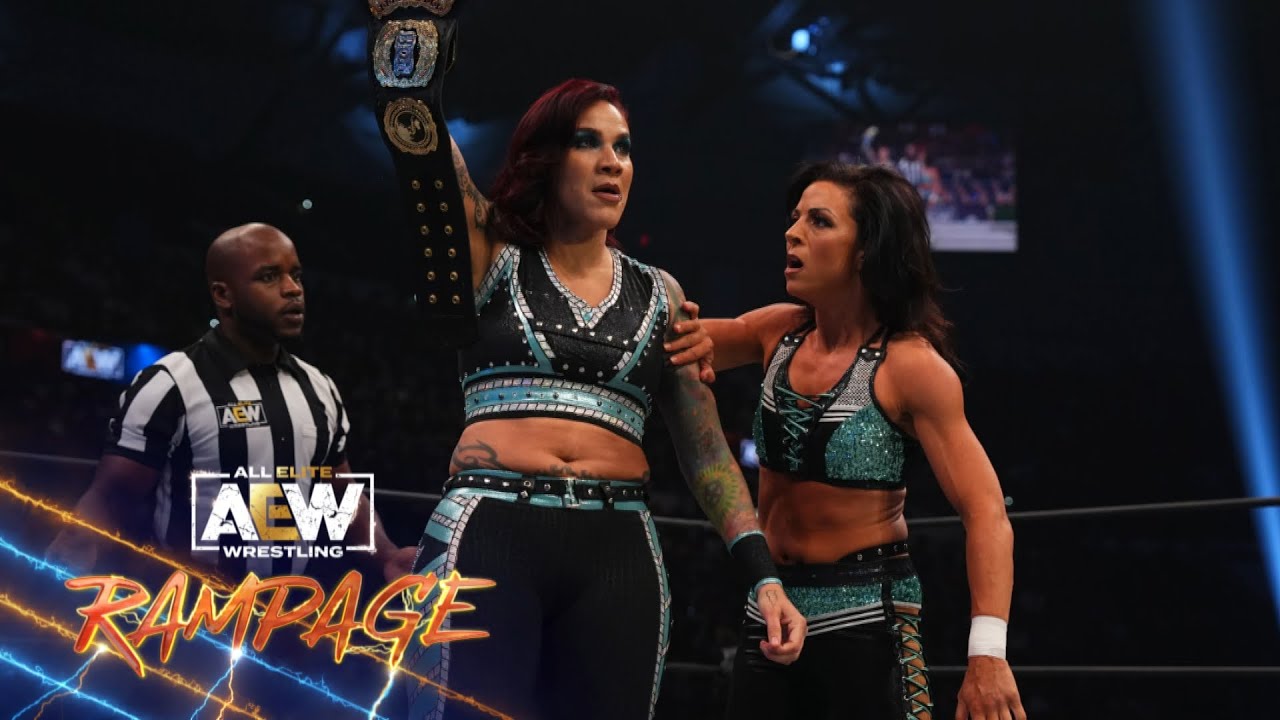 Let’s say ThunderStorm is so successful, they call on Tony Khan to create a women’s tag team championship. You’ve got to give the people what they want!

A tournament is formed, and through it, multiple storylines can be easily weaved.

–The Baddies/Statlander – Athena feud can continue. With Velvet out, Hogan/Grey lose a qualifying match. In anger, they cost the duo a first round match. This will also continue Statlander’s rise to eventually defeat Jade Cargill for the TBS Championship.

–Britt Baker’s slow-burn split with Jamie Hayter can finally happen as a result of a tournament loss.

–A first-round win for Penelope Ford and The Bunny could lead to the return of Kip Sabian and his “Underrated, Over it” schtick that has gone on far too long…

–Abadon joins the House of Black. Would this not make you excited?

–Friction between Storm and Rosa lead to their finals loss against Martinez and Deeb (clear winners). Storm could make a heel turn here and setup a match at All In.

Does this actually work out in a legitimate tournament? Why, yes it does.

-Martinez/Deeb defeat ThunderStorm in the finals.

You could hold additional tournament qualifiers throughout the prior weeks with other talent as well to build this thing.

The Time Is Now In a recent interview, Jamie Hayter stated she would prefer to join the Blackpool Combat Club if she wasn’t aligned with Baker.

Why isn’t Jamie Hayter in the Blackpool Combat Club?

A tag team division means more women by the numbers on our TV screens every Dynamite or Rampage. It means more alliances, and more possibilities for storylines to set up. Women’s wrestling fans are tired of seeing so much potential in AEW go to waste when it comes to their women’s division.

If PAC can hold a championship that will be defended around the world; off AEW television in many cases; then a tag team championship can be created for a women’s division that needs more exposure. The women’s division is bubbling beneath the surface and could pop its lid at anytime. The talent and stories are all ready to go.

Let’s do this, and let a ThunderStorm become the catalyst for it.