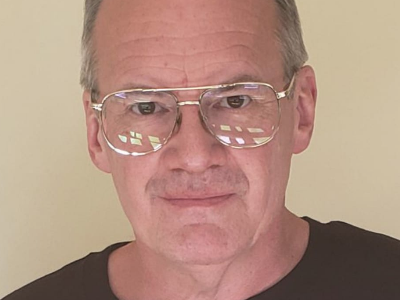 Last week I called Jim Cornette a hypocrite. This week, I’m apologizing for that. Who’s the hypocrite now? Granted, we don’t even know if Jim Cornette reads anything written about him, much less from a nameless dude on the internet who writes about wrestling.

But in case this made it to him in any fashion,  an apology is still an apology.

Last week I called Cornette out for his remarks on how to make WWE a better product; not that he was wrong on that — he was dead on — but the fact that every critique of WWE is something that AEW is NOT doing. Yet, he still seemingly insults AEW at every chance he gets.

I did not fully listen to his podcasts, and it turns out that over 2021, he’s lightened up a bit on them. I still think he’s a bit too bitter and “get off my lawn” old man for an evolving wrestling industry at times, but he simply wasn’t shitting on AEW as much as I projected. So for that, I humbly apologize.

I really do hope that he does catch up with the industry at some point. I don’t mean in terms of knowledge or experience — the man has done and seen it all. He knows more about booking wrestling than I ever will. But times are changing, and the industry simply isn’t what it used to be, and never will be.

I say this not only in terms of the style and speed of modern wrestling, but ring psychology, and breaking the fourth wall to involve the fans. You would never see an Orange Cassidy in 1980s NWA, but it works in 2021 AEW. However, much like NWA in the 1980s, witnessing Page and Danielson go Broadway was not only entertaining as hell, but a nice throwback to those rugged territory days.

The point here is that I’m not afraid to call myself out when wrong; and I was wrong. Here’s to Jim Cornette’s bitter fucking ass. Prost!

With 2022 around the corner, I figure it’s a good time for New Year’s wrestling Resolutions. Half the battle of keeping a resolution is simply knowing yourself.

What I’m getting at is this notion that I’m going to write anything different than what you’ve already read, or that I’m not telling you anything that you don’t already know (R.I.P. Sean O’Haire).

So here’s the first one:

I have books to write, hobbies to get to, and am actually getting tired of my own bitterness. So my content will drift away from simply shitposting WWE, unless I have watched and have an actual constructive critique of what I’m seeing. The chances of me actually watching WWE in 2022? Very slim.

But so I can get this out of my system now…

As a fan, you have zero say in the product. Need proof? How did the infamous December 2018 “we promise things are going to change” promo on Raw turn out? It’s been three years — has anything really changed?

Not a damn thing.

WWE is a corporate parody of itself. It masquerades as a ‘wrestling’ product when it’s solely an entertainment product with the maturity level of a pre-teen. If you only watch WWE, you are not a wrestling fan — just as much as you’re not a metal fan if you only listen to Metallica in the metal genre.

To those that can stomach watching both WWE, AEW, and everything else — I salute you. I can’t do it. The product is a formulaic pigsty that can’t be anything else but a watered-down PG version of what they did in the Attitude Era.

I have many AEW t-shirts. I watch every Wednesday. I’ve attended live shows. I’m a god damn mark for the company.

But that can get in the way of my bias towards honest critique. All Elite Wrestling is really damn good; but not perfect. I’ve pushed back on them for underutilizing their women’s division, but even since then, we’ve seen an uptick of focus on the women.

And while I can’t seem to find many things I would do different on any given Wednesday or Friday; I need to be fair. So I will.

Here’s to viewing TK’s product with a joyful, but keen eye…

I will deliver more lists

Wrestling lists are fun. They offer an escape from the tribalism that we will likely see for years to come as WWE stays in a state of moderate decline, while AEW keeps gaining momentum. But there are a lot of topics out there that I’m simply not touching upon.

That, and lists offer exposure to other promotions around the world. There’s a great big wrestling world out there. If I can slip in an MLW or New Japan star on a list here and there and expose fans to something new, why not do it?

More lists on the way!

Many years ago (like 15+) I started a column called “The High Spot”. While I’m sure other versions of the same name exist now in various mediums, I was one of the early stupid internet wrestling marks that shoved his opinion in your face in column form.

Call it a new direction; there might even be multimedia involved (I do have a Communications degree and a job in multimedia). Either way, after a long and ongoing pandemic (get your fucking booster shots!), it’s a good time for a change.

And now for some random 2022 predictions…

-MJF will defeat Adam Page for the AEW Championship
-Tay Conti will defeat Jade Cargill for the TBS Women’s Championship
-The Varsity Blondes, Dante Martin, and Jurassic Express will all hold titles.
-A Women’s Tag Team Championship, and a Trios Championship will be introduced in 2022.
-Windham will debut in AEW at some point as a part of the House of Black
-Sammy Guevara will get a world title shot on a major PPV, but fall short.
-Thunder Rosa will finally dethrone Britt Baker of her Women’s Championship
-Bryan Danielson versus CM Punk will headline a major show.
-Kota Ibushi and Kenny Omega will team up in AEW to take on the Superkliq.
-Hiromu Takahashi and Kazuchika Okada will make AEW appearances.
-AEW will hold a Jim Cornette Invitational Tournament, and fill it with nothing but glorified high spots, comedy bits, and superkicks. Orange Cassidy will defeat Abadon and Danhausen in the finals.

-Roman Reigns will not lose his Universal Championship in 2022.
-Matt Riddle will become WWE Champion at some point.
-Shinsuke Nakamura will wrestle his final WWE match.
-More info will leak about McMahon selling WWE by 2024.
-NXT:UK will shut down.
-The brand-split will come to an end (again)
-WALTER will face Roman Reigns at Wrestlemania 38.
-Dakota Kai will finally win the NXT Women’s Championship
-Ricochet will be renamed ‘Ric O’Shea’ – then later just ‘Ric’.

Rest of the World

-Ring of Honor and Impact Wresting will form a merger. This will be helped along by Freddie Prince Jr. and Maculy Culkin.
-Will Ospreay will re-capture the IWGP Heavyweight Championship.
-Moose will defeat Jonathan Gresham for the ROH Championship
-Jordynne Grace will hold five titles at one time in multiple promotions.
-Many wrestlers will continue leave Twitter due to online toxicity.
-Democrats will lose the 2022 mid-terms because they continue to ignore progressives like myself.
-ALTERNATE: If this does not happen (because enough unvaccinated red-state folks who died from Covid couldn’t tip the scales in favor of Republicans) a minor coup attempt on the U.S. government will take place — bigger than Jan. 6.
-The Buffalo Bills will win their first Super Bowl in a win over the Dallas Cowboys.
-Vaccination rates will finally climb to over 70% by Summer 2022 — Herd Immunity soon to follow.
-An influx of major banks will soon start issuing bitcoin as currency.
-Extreme weather events will displace more Americans than in any time in history.
-Sports betting will become legal in all states.
-Universal Basic Income is floated as an idea as the 18-49 demographic fails to boost the economy due to restarted student loan payments.

-What are your 2022 predictions? Leave em’ in the comments below!

(as posted in the comments for Mr. Tito’s latest column…)

Anyway…Until 2022, have a great holiday! Enjoy wrestling, eat lots of cookies, and don’t be a dick to others.