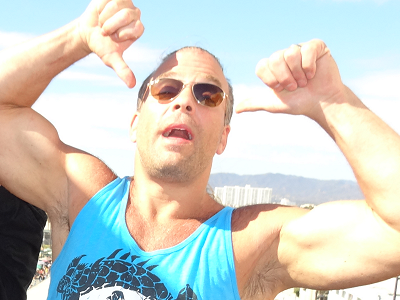 * Rob Van Dam was interviewed for the Dark Side of the Ring episode about the WWE “Plane Ride from Hell” controversy. RVD responded to a few fans in regards to his comments on the show about the wrestling culture during his time as an active wrestler…

I better watch this episode.
Sadly though, yes it was when I broke in. https://t.co/l2aWZ6xNTR

No, of course not, but I definitely was on the receiving end of a gimmicked beverage more than once. ☹️ https://t.co/u61NaTOoBH

It’s common for simple minded people to react off of their perspective of limited information- no matter how flawed. For the record, RVD did not say that and most certainly did not start out in the WWE. #wordsmatter https://t.co/Z8WlGnqt7k

* Harry Smith returned to WWE earlier in 2021 but hasn’t been used on television. Mike Johnson of PWInsider.com noted that Smith hasn’t been assigned to a brand yet and “he’s in ‘hurry up and wait’ mode, but he’s 100% with the company.”

* Mia Yim hasn’t competed on WWE television since the end of 2020 and fans have been speculating about her status with the company. Yim simply wrote “I’m not injured” on Twitter in regards to her status and Bayley replied…