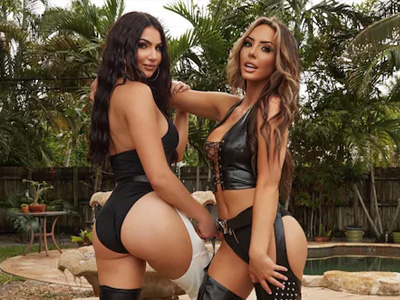 During the latest Hall Of Fame podcast, Booker T spoke about The IInspiration leaving Impact Wrestling. The news came yesterday that the former Knockouts Tag Team Champions have departed the company. For Booker T, he isn’t overly surprised by the announcement.

Booker T didn’t take anything away from being able to work for Impact Wrestling. But, he did point out that there is a difference for being with them and WWE. He believes that could be the reason that they’ve come to the decision they have made recently.

“That right there might be the one thing you can’t get past. When you’ve got road expenses, car, hotel, food, they’re going to take care of your airfare and stuff like that, and then pay your check, and you’ve got bills to pay at home. Sometimes you’ve got to rethink the situation, that may be the place that they’re in right now.”

The IInspiration have claimed that they are stepping away from the ring for the upcoming future. But for Booker T, that does not mean they’re on forever.

“To take an indefinite break doesn’t mean that you can’t come back if somebody gives you a phone call,” he said.