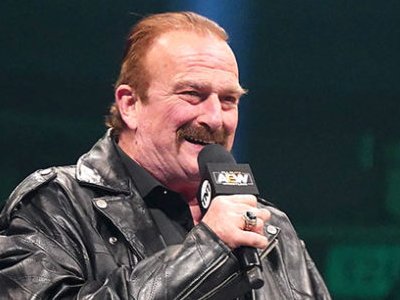 It was recently reported that Jake Roberts, who hasn’t appeared on AEW Dynamite as of late, was seen in a wheelchair during a recent public appearance.

Cassidy Haynes of BodySlam.net noted the following regarding Roberts…

“I spoke to sources about Jake The Snake’s recent health issues, and I was told that Roberts has been absent from AEW programming after undergoing foot surgery where he had pins inserted in some of his toes.”

Haynes added that Roberts has been cleared by doctors to work again and could return to Dynamite in the near future. Roberts has an appearance scheduled for New York Comic Con on October 7th.

Roberts issued a brief statement to fans on Twitter…

I’m doing well but thanks for the love