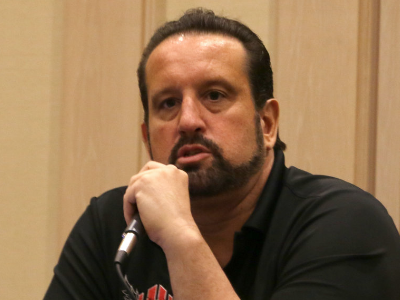 As previously noted, Tommy Dreamer trended on Twitter due to his comments from Dark Side of the Ring in regards to Ric Flair’s alleged actions on the “Plane Ride from Hell” and was suspended indefinitely by Impact Wrestling.

During the episode, Dreamer said the following about the alleged incident with Flair…

“‘He could move his hips, twirl it and so his well-endowed penis spins around like a helicopter. So, hey, he’s the Nature Boy for a reason, he’s got a hammer on him.”

“Ric Flair’s not going to try to impose by force any sexual stuff onto anybody. He’s just flaunting, styling and profiling, doing the Ric Flair stuff where everybody’s going to laugh about it. But obviously, someone took offense to it.” (quote courtesy of metro.co.uk)

Dreamer issued the following statement on social media regarding the fallout…

“Regarding my comments on Dark Side of the ring. It was never my intention to offend, hurt or victim shame anyone. I understand my comments were insensitive & could trigger emotions in someone’s own personal past. I do not condone sexual misconduct of any kind. I apologize to anyone I offended. From the bottom of my heart I am so sorry.”