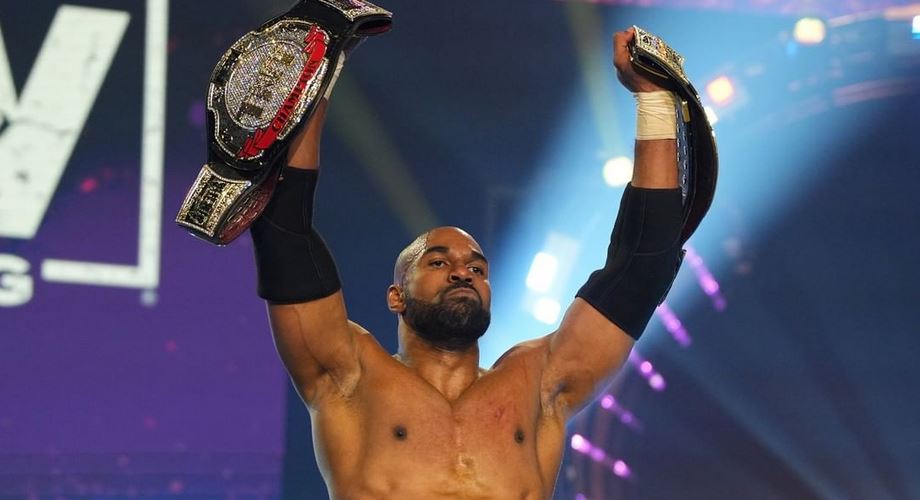 Scorpio Sky made an appearance on Throwing Down w/ Renee & Miesha to discuss a wide range of topics. During it, he spoke about beating Sammy Guevara in a Ladder match to win the TNT Title on last week’s AEW Dynamite.

“Yeah, two times [as TNT Champion]. It’s really an honor. Just to win it one time is incredible, you know? I know people look at professional wrestling and a lot of things — sometimes people think wins and losses and things like that don’t matter but in AEW from the very beginning, they wanted to make a statement that wins and losses do matter and there haven’t been a lot of people that have held championships and so to be able to have the honor of being a champion, not only one time but two times and actually three times because I was a tag team champion, it is exactly what I said it was, it was an honor.”

Sky noted that after having a short reign in his first time as champion, he wants to have a longer reign.

“I didn’t get to do too much in my first run [as TNT Champion]. I lost the title in like 31 days. I only had one title defense unfortunately but, I did regain the championship in the shortest period of time in AEW history, 12 days so now, we’ve got a new start so the first thing I wanna do is hold onto it for at least 32 days and pop myself. But no, really, I wanna have some classics. I grew up a diehard, passionate wrestling fan that dreamt of winning championships and having classic matches so if I can run with this title for six months, a year or longer and really get in the ring with everyone and have some really memorable championship matches that I used to like watching when I grew up, that one’s a goal and telling stories. Most of all above anything else, I wanna tell stories and because that’s what people will remember and that’s how you leave your mark.”