Brandon Thurston of Wrestlenomics.com compiled a list of the most-searched wrestlers for the month of April 2022. Thurston uploaded a chart based on data from Google Trends and Roman Reigns ranked 1st. The top five were as follows…

The most-searched AEW star was Paul Wight followed by Paige VanZant and CM Punk. The Great Khali ranked the highest of wrestlers not affiliated with WWE or AEW. 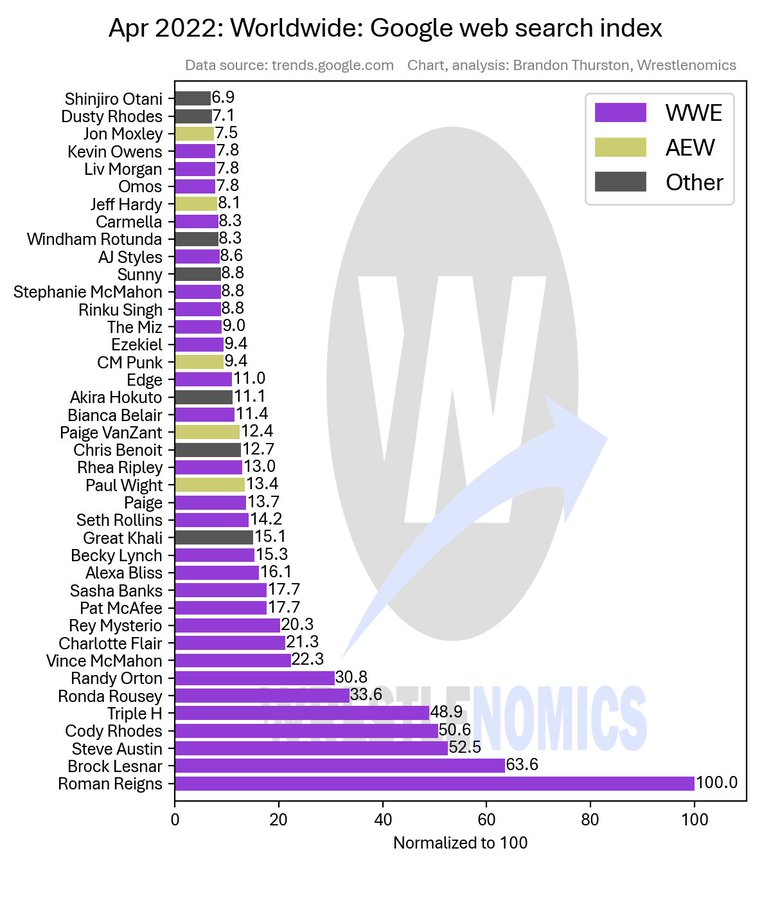