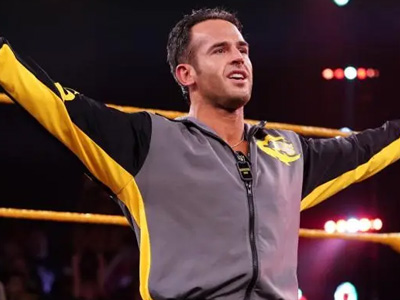 Roderick Strong has requested his WWE release “multiple times” in the past several months, according to Fightful Select. However, word is that WWE has denied the request. Strong is reportedly frustrated with many things within WWE over the past year, which led to him asking for his release.

WWE reportedly pitched a name change to Strong, but he was opposed to the idea. There were many people within WWE who were surprised that Strong was not included in the NXT releases made last Friday as he’s made it clear he wants out of the company.

Strong reportedly re-signed with WWE shortly before The Diamond Mine stable debuted last year. WWE recently began a storyline where Strong said he wanted to make changes to The Diamond Mine so they don’t fail like The Undisputed Era did. WWE released Malcolm Bivens last week, along with 9 other budget cuts, and now the group consists of Strong, The Creed Brothers and Ivy Nile.

Strong has reportedly remained professional in his handling of creative week-to-week. It was also noted that WWE officials currently have no plans to release Strong as he is factored into upcoming creative plans.