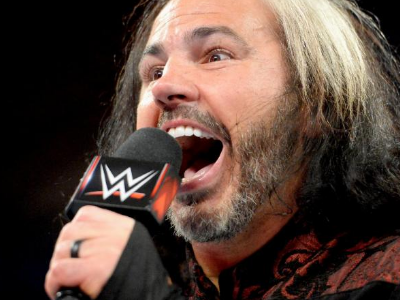 During his The Extreme Life of Matt Hardy podcast, Matt Hardy talked about how him and brother Jeff had been scheduled to win the WWE tag team titles in the first TLC match from Summerslam 2000. The match took place in their home state of North Carolina but Vince McMahon changed the finish…

“Well, that was supposed to be our big win and then he said, ‘well, it’s too predictable. Everybody in that venue is going to know you’re going to win and they’re expecting you to win, so I don’t want to do that. Let’s do it the next show.’ And I think sometimes that’s a good thing, especially when you have babyfaces that are over and that been in this long rivalry, and the fans want to be rewarded with this proper payoff.”

“I would have loved to have the win there and I think it would’ve been the time to do the win, and us being the champions and it also would’ve kind of changed the history of the TLC matches a little bit. But Vince is a big advocate of, ‘if you’re over as a babyface, there are times where you don’t need to win, it doesn’t make a difference.’ And that’s kind of how we looked at.” (quotes courtesy of WrestlingInc.com)

The following month at the Unforgiven PPV, The Hardys defeated Edge and Christian in a steel cage match to capture the tag team titles.