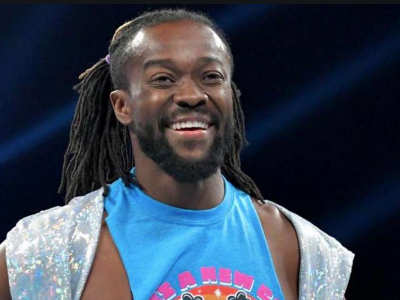 As previously noted, Big E announced that he suffered a broken neck during the March 11th 2022 edition of WWE Smackdown.

“It was easily the scariest night of my career. Obviously, the injury didn’t happen to me, but I was on the inside of the ring. I see E go for that spear that he does, and he missed it, and he was on the outside there and then him and Ridge, go for that overhead suplex and I see them go up and they looked a little like wonky. But I never saw the impact. So I didn’t really — I didn’t know, you know, I went over there and I was like, ‘Okay, everything looks fine,’ he’s down and everything and then the match goes on. After everything went down, just the ref was like yeah, I don’t know if he’s okay. I was like, what’s going on all sudden, the paramedics and everything start coming out.”

It was just really really scary because it’s a reminder of how quickly things can take a turn for the worst. Every move that we execute, there’s always an element of danger to it and luckily, for the most part, we come out unscathed, but in those moments — literally looking at my brother in the face as the paramedics are putting the neck braces and everything on there, putting him on the stretcher, you know, it was very scary. Myself, Woods, and a bunch of the boys went to the hospital right after and we’re just waiting. With COVID protocols, they don’t really let a whole lot of people inside the emergency room. So we’re literally outside, it’s raining, we’re outside the emergency room, and we’re just waiting for word. It’s so strange to say, ‘Luckily, he only broke [his C1 and C6 vertebrae]’ Do you know what I’m saying? He put out a tweet that put everything into perspective yesterday where he said he went in to meet the doctor and the doctor said if he had broken his neck a millimeter in one direction, he would have had a stroke. If he broke his neck in a millimeter the other direction, he would have died. The fact that he was so strong and he had so much muscle back there really really saved them and you know again like it could have been way worse. He’s just been in great spirits the whole time, so many people have gone to visit him, and just send him so many positive messages, which he really really appreciates for sure.” (quotes courtesy of Fightful.com)