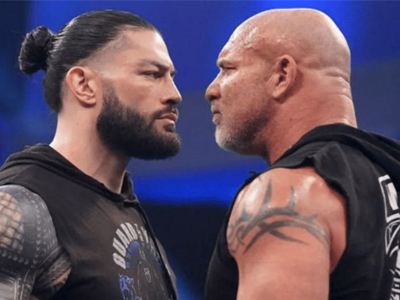 During an episode of Busted Open Radio, Bill Goldberg’s return to WWE was brought up and former WWE star Bully Ray suggested the idea that Goldberg beats Roman Reigns for the Universal Title as a way to shake things up…

“I think this is the perfect opportunity for the WWE to stir a lot of sh*t up and a huge monkey wrench into it. I’d have, personally, Goldberg come back and beat Roman in Saudi and immediately do a rematch on SmackDown the following Friday night and put it back on Roman. People would be talking, it would be different and it would be the exact opposite of what it is right now, which is extremely predictable.”

“Have Goldberg beat Roman on Saturday and on the 25th at SmackDown put the championship right back on him. That’s six days of people talking about Goldberg as the new champion. Shake it up a little bit.” (quotes courtesy of Sportskeeda.com)

Listen here & let us know what YOU think, Nation … ⬇️⬇️⬇️