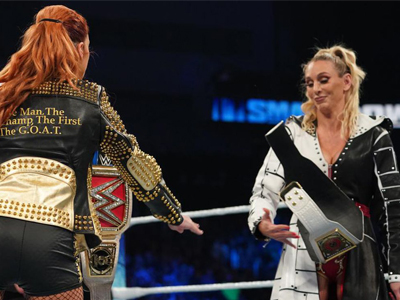 As previously noted, Charlotte Flair was reportedly involved in a backstage confrontation with Becky Lynch after the October 22nd 2021 edition of Smackdown went off the air. Click here for the initial details of what happened during and after the “title swap” segment.

During an appearance on Steve Austin’s Broken Skull Sessions, Charlotte commented on throwing the RAW women’s title down to the mat…

“My character would have never picked it up, Why would I not make Sonya do it? I make someone hold the ropes.” (quotes courtesy of CagesideSeats.com)