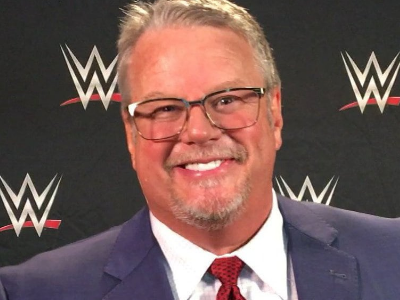 As previously noted, WWE official Bruce Prichard was not in attendance for the December 27th 2021 edition of WWE RAW and it was believed that he was dealing with a non-Covid health issue.

During his Something to Wrestle podcast, Prichard addressed his absence…

“So, to address some of the rumors and innuendo which is complete horseshit out there in the rasslin’ media, if you will. For years, and I will go back to the 90s, sh*t I’ll go back to the 80s,” he added. “I would always save my vacation until the end of the year so I could take vacation around Thanksgiving and Christmas. It steals a couple of extra days because if you do it close to Christmas, okay Christmas is an extra day off type of thing. Then when I got married, my wife’s birthday is in the latter part of November. So it’s always around Thanksgiving, it’s her favorite holiday so I like to take that time off.”

“This year, I took it at a time when we didn’t have two SmackDowns. We pre-recorded and we had a comp show. So there was no TV to go to in general. So I had my vacation timed during that time to where it looked like Bruce hasn’t been here for three TVs in a row. Then I got the flu. I was running a fever and not feeling well. We’ve got a great team and just an incredible support system that was there. I missed three TV’s. I did lose my voice, yes. Dude, I am good. I did bust an eardrum in the middle of all that. That was an extremely fun experience.” (quotes courtesy of WrestlingInc.com)