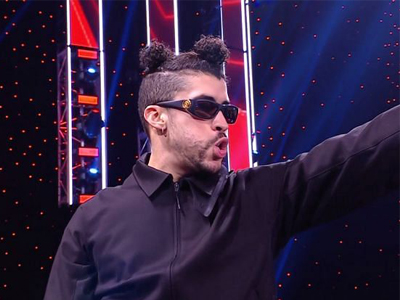 Rapper/singer Bad Bunny, who worked a match at Wrestlemania 37 PPV, appeared on HBO’s The Shop: Uninterrupted and talked about his WWE experience. Bad Bunny said he gained a new level of respect for wrestling while saying it is 100% real.

Bad Bunny was asked if wrestling is real and spoke about his WrestleMania experience with LeBron, Jay-Z, Maverick Carter, etc on The Shop.

Jay-Z: “Definitely bigger than the SuperBowl.”

Bad Bunny: “For me, yeah. More than the Grammys. That was the best moment of my life.” pic.twitter.com/C9RQJ59E32

Undertaker, Triple H, and Aleister Black were among those that responded to Bad Bunny’s comments…

.@sanbenito dedicated the time, effort, and passion necessary for a world tour into his performance at #WrestleMania. He’s not only a lifelong fan of our business but a member of our @WWE family who earned all of our respect along the way!!!!! https://t.co/uy2OlPg2eu

Trained with Coach Smiley, Adam Pearce and Drew Gulak tirelessly. Every week showed up when we were also there.