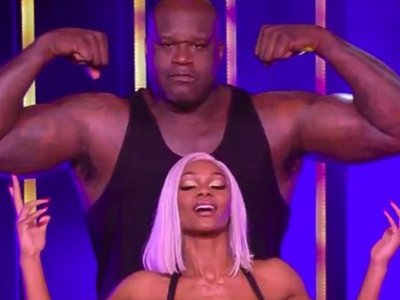 Here are a few AEW news items regarding the January 5th 2022 edition of AEW Dynamite via F4WOnline.com’s Dave Meltzer…

* There has been speculation about Jade Cargill’s TBS Title win being a reaction to Big Swole’s comments about diversity in AEW. However, Meltzer noted that the decision for Cargill to be the first TBS Champion was made before the tournament started.

* Paul Wight, who was one of the judges for “Hangman” Adam Page vs. Bryan Danielson, was said to be having trouble moving around and it appeared that either his legs or knees were giving him problems.

* Marko Stunt did not appear on Dynamite even though Jurassic Express won the AEW tag team titles. In regards to Stunt’s status with AEW, Meltzer stated that he is still under contract and being paid but it could be a situation where his deal isn’t renewed if the company doesn’t have any plans for him. Meltzer wrote that “this isn’t to say he’s one of them, but his never being used while his group just won the titles says something.”