The September 14th 2022 edition of AEW Dynamite, which featured semi-final matches in a tournament to crown the new AEW world champion, drew 1.175 million viewers with a 0.39 rating in the 18-49 demo. Dynamite finished in the #1 spot on cable for the day. This week’s show was the highest overall viewership for Dynamite in 2022 and the highest in a year since the 2021 Grand Slam which drew 1.273 million viewers.

The September 7th 2022 edition of AEW Dynamite, which followed the 2022 AEW All Out PPV and the fallout involving CM Punk’s backstage altercation with The Elite, drew 1.035 million viewers with a 0.38 rating in the 18-49 demo. 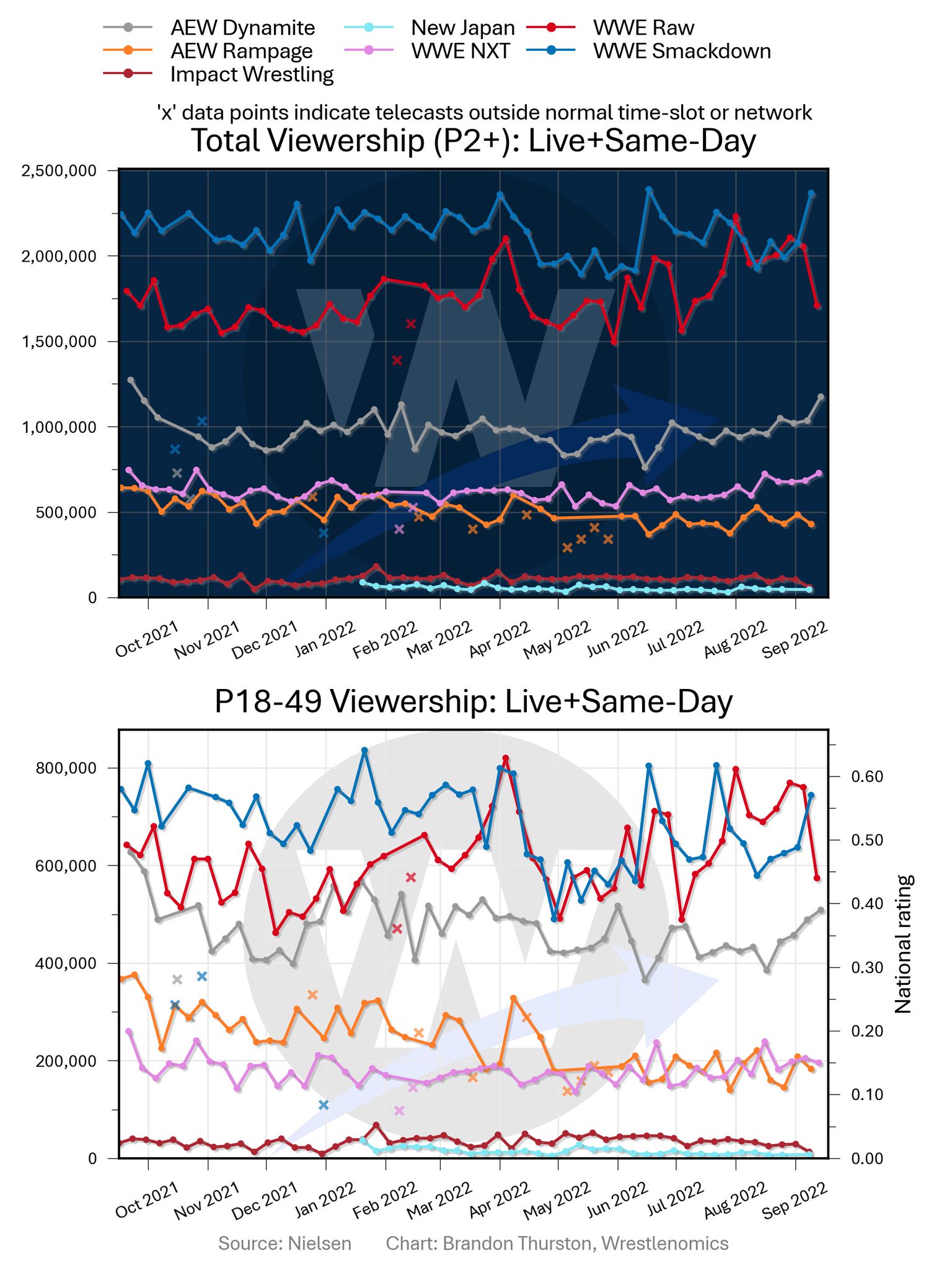