Note: This is a previously unpublished article that I wanted to flush out. After this, I am still on a bit of a hiatus.

Tribalism in professional wrestling is bizarre.

Not so much of the fact that it exists; tribalism exists in many forms and fandoms, but that it exists in modern-day wrestling. Toxic behavior continues to protrude from both fan bases on social media, and in comment sections, and it’s led to endless bullying of rival promotions, fake troll accounts, illogical and immature behavior, and a general sense of cringy unease.

It’s a great time to be a wrestling fan; if you aren’t on social media.

The psychology behind tribalism isn’t a new concept, but when it comes to professional wrestling, three points stick out about the ongoing war of words between the WWE and AEW fan bases:

Competition, identity, and biases, lay the groundwork for an avoidably divided fanbase. And let’s make something clear:

WWE and AEW aren’t at war. Their fans are. How sad is that?

The Illusion of Competition 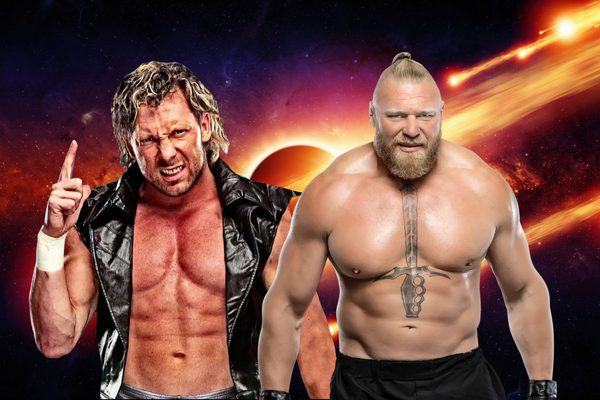 Beyond the prehistoric evolutionary uses of tribalism for survival purposes, the concept of tribalism serves little use in modern society. A large majority of the world no longer needs to hunt and gather their food, so a dichotomy between your ancestors’ survival and your own is quite glaring.

The idea of tribalism in regard to competition is especially useless.

Suffice it to say that even tribalism in modern day sports is a largely useless notion. Being conditioned to hate a rival simply because members of your “tribe” told you to do so (or you just decided to pick a side) is a bit asinine. Yet we see this in many sports, most notably football, quite often; especially in long-held rivalries.

Having a favorite team is one thing; needlessly despising other teams and players you don’t even know is just dumb. However, there is a difference between friendly competition, where mutual respect is held, and extreme tribalism to the point where you wish harm or failure on your adversaries.

Let’s get something straight: No respect is given to either opposing team (or wrestling promotion) from their overzealous, tribalistic fans.

Regardless, here is an unpopular opinion: I don’t believe legitimate competition exists between AEW and WWE. These two fan bases are more like Star Wars and Star Trek than the Green Bay Packers and Chicago Bears. I know Tony Khan, and maybe even Paul Levesque, might disagree; but these aren’t two similar brands competing for the same fans.

It is a widely-held myth that Star Wars and Star Trek fans do not get along; but this is simply untrue. They aren’t in competition; they have two unique fandoms, and are both philosophically separate intellectual properties. And crazy thought: some even like and watch BOTH.

The same goes for AEW and WWE.

They air on completely separate timeslots, have major philosophical booking differences, and an observable contrast in wrestling styles. In addition, with both products appealing to two different types of fans, who exactly are these companies competing over? You might appeal to the ‘new’ fans to the industry, or the ‘jaded’ — but most of the viewing audience have picked their preferred promotion by now, even if that means both. Sans a “needle-mover” that would jump ship from either promotion, I imagine ratings and viewership to remain roughly the same with little exception.

Much like Star Wars and Star Trek, just because they are both in the Scifi genre doesn’t mean they’re in competition with one another. The same applies here. 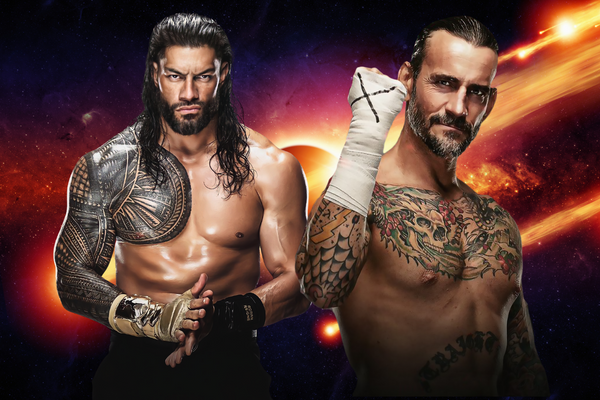 So why do fans do it? More than likely it’s an effort for validation through identity. In short, individuals find comfort through a feeling of belonging. This self-identification comes in many forms, from labeling oneself as a certain political affiliation, religion, race, or even a sports fandom.

However, extreme forms of tribalism are present in the form of excessive trolling.

While no one can make a blanket assumption on the matter, certain traits have been identified in these online bullies. There actually exists a correlation between loneliness, narcissism, and sadism in troll-like behavior.

In one study done by Keita Masui from the Department of Psychology of Otemon Gakuin University in Japan, he observed that unmet needs combined with frustration in their personal lives can lead to such bullying. In addition, present in most extreme forms of tribalism exists an empathy deficit. As the term suggests, a low level of empathy makes it easier for these types of wrestling fans to pick on and insult others; including “rival” wrestling talents.

One must have respect to have empathy — something some fans are missing.

In other words, when you see wrestling trolling and overly negative comments made by fans online towards a “rival” promotion, there’s a chance their personal lives aren’t on the level. They may even need help with their mental health; or may not even know that they do.

These “fans” are the bottom of the wrestling fanbase. They serve no real purpose; and would rather tear down than build up, unless it serves their own selfish and unhealthy desires.

There are plenty of healthy ways to self-identify as one fan or another without tearing down others. Or in this case, resorting to extreme and unnecessary tribalism.

It just makes us all look bad. 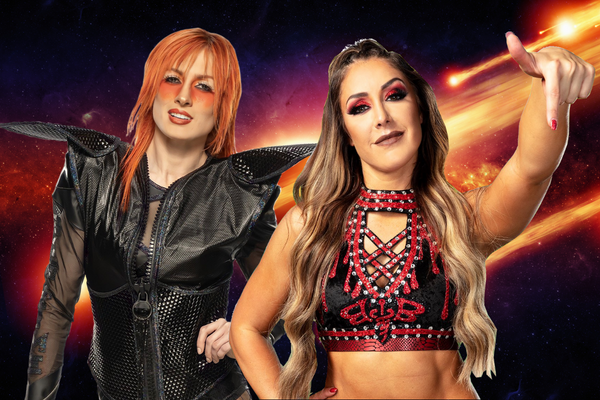 In a lot of ways, when put behind a movement, tribalism can be used for the greater good when entwined in social issues. For example, the collective push for legalizing gay marriage, or the implementation of unions in the workforce.

But professional wrestling compared to the global stage of politics is laughable. When it comes to the fan bases, when a group of people identify into one extreme, a confirmation bias starts to seep in – they see the wrestling world through their own rose-colored glasses.

In many cases, a news story can be twisted to mean different things for different fandoms. For some reason, when it comes to wrestling fans, this comes largely in the form of TV ratings.

-WWE has lost half of their viewing audience over a 12-year span.

Both statements are technically true. However, the rhetorical responses by wrestling tribalists come in the form of defensive statements.

-AEW Fan: ”Who made up this arbitrary million viewers number? WarnerMedia is happy with the ratings, and they still make the top 5 out of all cable network shows every Wednesday night (often #1). That’s all that matters.”

-WWE Fan: ”Ratings aren’t as important as they were decades ago. WWE is still making record profits, and still draws in more viewers than AEW. Smackdown sits in the Top 10 of all major TV networks, after all.”

I won’t even get into demographics…

Even though every statement above can be used as arguments to defend both sides of the coin, both turn out to be true in one way or another. In other words, is the argument even worth having in the first place?

Furthermore, do wrestling fans have any legitimate reason to care about TV ratings and let that affect in any way the observation or enjoyment of said product?

Again, a throwback to the Star Wars/Star Trek comparison. Star Wars: The Rise of Skywalker recorded the lowest profit of Disney trilogy titles upon its release in 2020. Does that make the movie “bad” or less enjoyable?

Do fans generally base their opinion on a restaurant or video game based on how profitable they were? Of course not; that would be idiotic. So why is wrestling any different?

If you enjoy it; who cares what the ratings were? If others enjoy it – just shut up and let them enjoy it. Unless you’re a USA or WarnerMedia executive, your opinions literally hold no value in the matter.

These rose-colored arguments need to come to an end. There just doesn’t need to be confirmation bias in pro wrestling to levels of extreme tribalism.

The End of Wrestling Tribalism 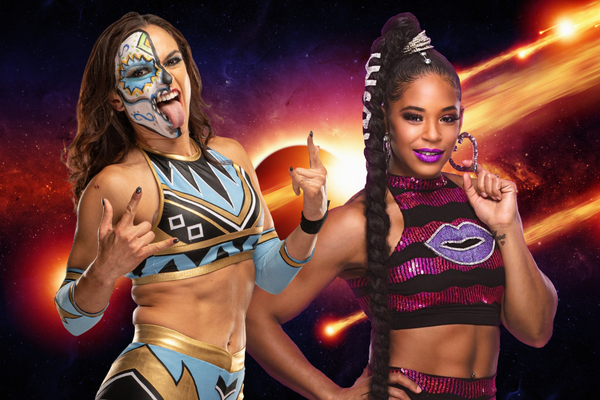 To sum up; wrestling tribalism is useless. It serves no legitimate purpose other than to needlessly divide the fan bases. Such attitudes become the breeding ground for troll-like behavior, and too often fans on both ends of the spectrum fall into the laid trap.

Do you really think Roman Reigns walks into Friday Night Smackdown thinking of ways to “own the AEW fans?” Is C.M. Punk thinking “Man, I can’t wait to destroy the E-Drones tonight!”?

No. That’s stupid. Yet these fans act like they’re in battle for some imaginary ‘war’ that wrestlers in both major promotions couldn’t care less about.

That’s not to say one can’t identify as an AEW or WWE fan, but this should come with a level of respect for the sport of wrestling overall, and all other promotions in the wrestling universe. Remember, whether you’re a WWE or AEW mark, professional wrestling has been around for well over 100 years.

It exists in many forms all around the world. If a fan thinks that WWE or AEW programming is “what wrestling is supposed to be” – they’re purposely forgetting over a century of wrestling history. There is no right or wrong way to “do wrestling” – it exists to entertain, and definitions of such vary.

There is no need to jump to extreme forms of fandom under any circumstance.

Aside from constructive criticism, which most fans should have learned how to do properly in middle school, most aimless negativity towards either product is just straight trolling at this point. For the collective wrestling fan base to survive, we must do our best to be civil, intelligent, and empathetic fans.

Anything less than this will continue to make wrestling fans look terrible, and maintain the weird stigma that the industry already holds amongst the general public.

We CAN get along. But some of these tribal fans in the industry really need to grow up.