There will undoubtedly be readers of this article that will defend Vince McMahon to no end. A man who allegedly paid $12 Million in hush money for potentially coerced sexual misconduct. When you’re an egomaniac as powerful as Vince McMahon, an abuse of power in the form of sexual quid pro quo is akin to sexual assault.

Not that his defenders will see it that way.

Those who understand the current social climate will not at all be shocked that a man who consistently portrayed women as objects through most of his wrestling career treated them the same in real life. 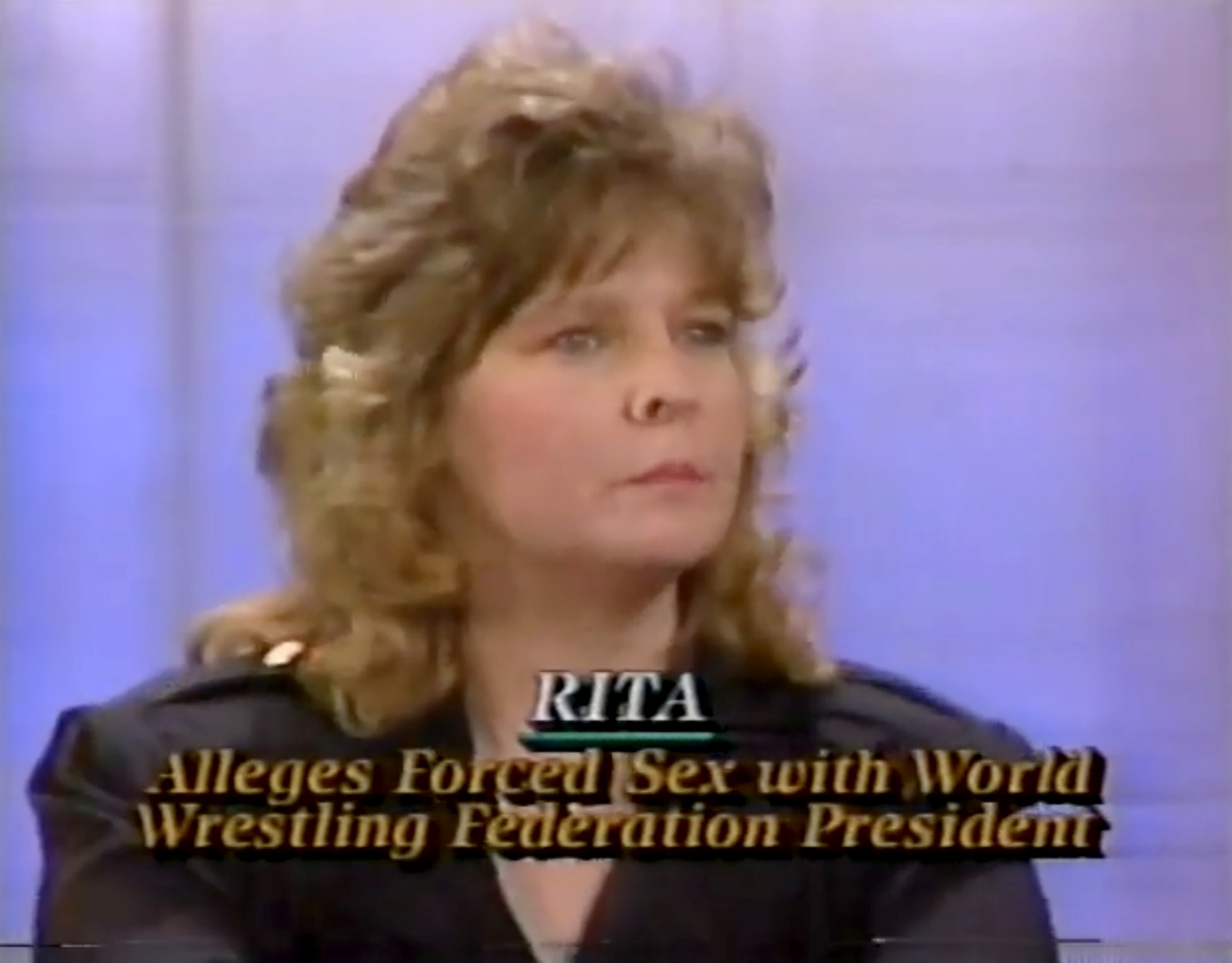 In 1992, WWF official Rita Chatterton appeared on Geraldo Rivera and accused Vince McMahon of rape. Fast forward decades later, and it seems as if her claims weren’t in vain.

Now it’s likely that if every claim against McMahon of sexual coercion is true, it’s also likely there are many more cases out there we don’t know about. With evidence of his marriage to Linda being more or less for show for nearly two decades now, this isn’t an unreasonable thought. Recent allegations of $12 Million to four women in exchange for NDAs is probably the tip of the iceberg.

But these are not all of his demons.  A few of them include:

-An alleged and likely cover-up of the death of Nancy Argentino at the hands of Jimmy Snuka
-Pushed steroid use on all of his talents during the 80s/early 90s
-Habitually bullied his own talent.
-Endless misogyny towards women in the 90s/2000s
-Racist/Homophobic/Transphobic storylines during the Attitude Era
-Forced Lita into the infamous “live sex show”
-May 23rd, 1999

And likely many many more…

I don’t think it’s a stretch to consider Vince McMahon “bad for business” at this point. This is the same guy that trotted himself out on Raw and Smackdown after news of sexual misconduct broke. He’s a real class act…

Those who defend his behavior, and defend his latest actions, are just as terrible as he is.

I’m not going to sugarcoat this:

Monday Night Raw has lost over half of it’s viewing audience in less than 10 years. This is not speculation, it is literal fact when you examine ratings history. Spare me the semantics of ‘cord cutters’ and illegal streamers — you know there aren’t as many people watching now as there were 10 years ago,

The reasons are plentiful.

Wrestling fans are simply exposed to more options these days. This includes legitimate competition from AEW. While the company is not the conglomerate WWE is, they’ve been able to hold their own in the ratings since late 2019 and show no signs of slowing down.

It’s pretty easy to claim RECORD PROFITS! when you release over 80 wrestlers in a two-year span, and cut a $500 Million deal with the Saudi Government.

Now professional wrestling in general may be down across the board. It’s not the water-cooler topic it once was, and most of the mid-2000s/2010s teenage fans have likely moved on to MMA, or moved on entirely.

The bulk of the industry consists of pro wrestling/Indies/AEW diehards, and a specific sect of WWE diehards. There isn’t much in between for a “casual” fan anymore.

But no matter how you slice it — WWE’s product has been at a decline for well over a decade now. Perhaps it’s time for a change at the top? So perhaps it’s time for WWE to move on from Vince, yes? But what about the rest of the family?

While it seems Shane and Linda have little interest in the day-to-day operations within WWE, that still leaves Stephanie McMahon and Paul Levesque.

And I have to ask everyone who is reading this…

Do you honestly think Stephanie, Paul, Linda, and Shane had absolutely NO IDEA of McMahon’s sexual misconduct over the years?

There has existed a well-known culture at WWE for many many years now. It may not exist to the same level in 2022, but we aren’t so foregone from such toxic culture.

Over the decades, we’re talking about behind-the-scenes bullying, hazing, and of course, sexual misconduct. Are you going to tell yourself that two top-ranking execs like Stephanie and Paul had zero idea that this stuff was happening throughout the last 2-3 decades?

If the family knew stuff like this was happening and never said a word about it, or never tried to address it, then that’s a certain level of complicity. Remember, Stephanie and Paul still remain on WWE’s Board of Directors. In some ways, this all happened under their watch.

Of course, they can’t face any legal action, so the next best thing to do is to step down entirely.

Which may not be a bad thing…

Loyal fans will still watch the product regardless of who is in charge. As someone who has long since moved on to AEW/Indies, it would be refreshing to check out WWE without a McMahon in charge.

It’s a chance for Nick Khan to hire some fresh wrestling minds to deliver a consistent product that isn’t bound to the varying “creative” moods of Vince McMahon.  Either way, the writing is on the wall.

Stephanie wanted to step away as is, before this new scandal with her Father broke. Hunter has heart issues, Linda hasn’t been around for what seems like decades, and it doesn’t seem like Shane running WWE was truly ever in the cards.

So why shouldn’t the McMahons sell the company and move on from the WWE as a whole? It might be the best thing to ever happen to the company.