On the April 20th edition of AEW Dynamite, Tony Khan made yet another “huge” announcement. On June 26th, LIVE from the United Center in Chicago, AEW and New Japan will host a joint Supercard.  While personally, I wanted the AEW/HBOMax streaming deal to be solidified, this is still really big news. However, the announcement was met with a level of pushback from WWE and casual fans alike.

Some understandably just aren’t familiar with Japan’s biggest wresting promotion, and that’s okay. Others, however,  were unnecessarily ornery about it.  These grouchy fans cited everything from the co-promoted show “not being a needle-mover” to “this has been done before and therefore not a big deal”

Sidenote: Why does everything AEW sets out to do have to be a “needle-mover”? Just let them grow and figure it out. The company isn’t even 4 years old…

Anyway, while fans are entitled to such sentiment, they may want to check their internet egos at the door first. This is a bigger deal than people think.

What History Tells Us 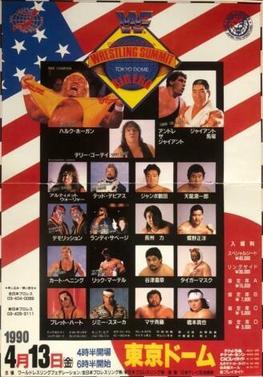 The wrestling industry is no stranger to cross-promoted shows with Japanese companies. During the 1970s and 1980s it wasn’t uncommon for the World Wrestling Federation and New Japan Pro Wrestling to work hand-in-hand.

On April 13th, 1990, the one and only WWF/AJPW/NJPW Wrestling Summit was held in the Tokyo Dome. In the main event, Hulk Hogan defeated Stan Hansen. Other notable matches include Bret Hart vs. Tiger Mask and Randy Savage vs. Genichiro Tenryu.

World Championship Wrestling would soon follow suit with a Supercard of their own; the first of which was held on March 21st, 1991. The announce team was none other than AEW’s very own Jim Ross and Tony Schiavone. In the main event Tatsumi Fujinami defeated Ric Flair to win the NWA World Heavyweight Championship. The final WCW/NJPW Supershow was held in 1993.

Not to be outdone, on April 28th and 29th, 1995, the infamous Pyongyang International Sports and Culture Festival for Peace (aka Collision in Korea) was held in Pyongyang, North Korea as yet another joint Supercard between promotions. On June 1st, 1996, the World Wrestling Peace Festival was held in Los Angeles, California as a cross-promoted show between WCW, NWA, and New Japan. However, Japanese promotions wouldn’t really return to the United States for decades afterwards (Unless you count the 1998 ECW/FMW Supershow).

And there’s a reason for that.

The Monday Night Wars Changed Everything 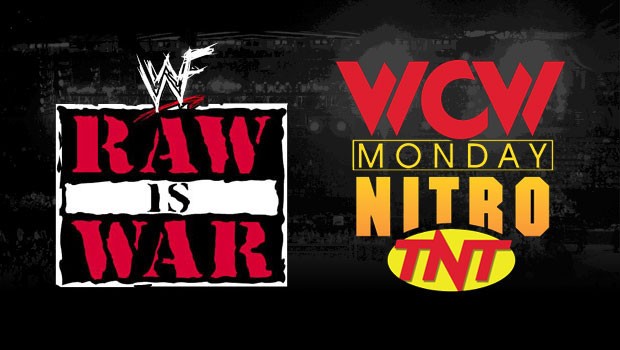 Professional wrestling as we know it is laced in competition between rival companies. But it wasn’t always this way. Beyond the U.S./Japan relationship, it was quite common through the decades for promotions to forge relationships with each other and exchange talent. After ‘Black Saturday’ in 1984, however (a subject worth tackling all on its own), the pendulum would slowly start to swing in the other direction. It wasn’t long before both WWF and WCW would run large PPV events against each other, vying for the fans’ affection and support.

Enter the advent of Monday Night Raw on USA, WCW Nitro on TNT, and the wars that followed. While a slight relationship existed between WCW and New Japan during this time, it was never on the level of the Supercards. Both Bischoff and McMahon were much too busy trying to outmaneuver the other in a bid for TV ratings. It’s not as if Bischoff or McMahon would let their top stars travel overseas for a simple cross-promoted show.

If a fan even knew about New Japan, FMW, or All Japan Pro Wrestling, they weren’t getting it through weekly television. Unless you were privy to internet access in the late 90s, were a frequent tape-trader, or were a general super-nerd, you likely didn’t know who the likes of Hayabusa or Jun Akiyama were. Otherwise, access to Puroresu was essentially non-existent for most fans.

I actually was that super-nerd who played Fire Pro Wrestling or Giant Gram 2000 on the Dreamcast, and would often download low quality AJPW matches. Kenta Kobashi vs. Mitsuharu Misawa (1997) is still one of the greatest wrestling matches of all time without argument. (Go find this on YouTube)

Suffice it to say; fans like me tend to be in the minority.

Japanese talents would make it to WWE in the late 90s/early 2000s moving forward, however. This includes Jinsei Shinzaki, Taka Michinoku, Tajiri, Yoshi Tatsu, and Kenzo Suzuki, to name a few. Not to mention future NJPW legends Tetsuya Naito and Kazuchika Okada, who were basically wasted in TNA. Kenta Kobashi did made a very worthwhile appearance in Ring of Honor to take on Samoa Joe in 2005, but that was a one-off; though very much worth your time to watch.

If my research is correct, the next time New Japan ran any level of a co-promoted show after 1996 wasn’t until 2011 in a show with Jersey All Pro Wrestling – hardly a major company. And while in influx of talents would eventually make their way to WWE in the late 2010s (Asuka, Shinsuke Nakamura, KENTA, Io Shirai), a Supercard between the two companies never fully materialized.

That is until All Elite Wrestling entered the picture… Over the last few years New Japan have hosted multiple U.S. events with various Indies promotions, including the now Tony Khan owned Ring of Honor in 2019. However, a major Supercard had yet to exist. That is until the Forbidden Door was opened.

Sidenote: ‘The Forbidden Door’ merely refers to the long-held taboo idea that major companies cannot work together for sake of competition. This idea was solidified during the Monday Night Wars. Cross-promotion in professional wrestling has existed as far back as 1948, and likely well beyond that. Try not to read into it too much. It’s a marketing tool…

Keep in mind that in early 2021 reports came out that WWE attempted to forge a working relationship with New Japan. Why it fell through is anyone’s guess, but an agreement never surfaced. As New Japan continues to grow, it only benefits both New Japan and AEW to expand their global reach. We’ve recently seen this with the introduction of Indian-born Satnam Singh on Dynamite, and DDT’s Konosuke Takeshita appearing on AEW Dark.

It’s a bit of a no-brainer why All Elite Wrestling wants to expand their influence into India and Japan. NJPW has some of the best wrestlers in the world, and even if a small portion of the AEW audience starts to follow New Japan, and even invests in an NJPWWorld monthly subscription, the partnership is more than worth it.

But this brings up the last points. History, and access.

Why You Should Care About This Show So I’ve painted a picture; let’s put it in a frame. Why should you care about this show, even if you’re not an AEW fan?

Because this is the future of professional wrestling.

The further this idea is driven into the mindsets of fans that not only do other promotions exist beyond their bubble, but that lots of money can be made in cross-promotion, the more you’re going to see it.

AEW has been doing this since their inception. They have standing working relationships with New Japan, NWA, Tokyo Joshi Pro Wrestling, DDT, AAA, and much more. Tony Khan allows most of his talent to work other Indies shows outside of AEW as well.  In fact, Malakai Black is wrestling in my neck of the woods next month for ACW. In a lot of ways, AEW has become a modern version of the old NWA.

Even in the early 2000s, casual, and even smart fans, had little access to tons of wrestling promotions. While I would frequently Torrent shows from New Japan and Shimmer, you were largely dependent on an uploader to provide you with pro wrestling outside of the WWE bubble.

Remember, for nearly two decades, McMahon had a monopoly over the industry. I simply don’t count TNA Impact as a major promotion.

Fast-forward to 2022, and a wrestling fan has more access than ever. For a small fee of $10/month, any fan with internet access can watch Live New Japan via their NJPWWorld subscription. As cable slowly fades away (and it will entirely one day), streaming services and platforms like YouTube will completely take over.

When you watch AEW x New Japan “The Forbidden Door” you’re watching what the future of pro wrestling will become.

If you’re a hardcore WWE fan that cares very little for New Japan, I could politely ask you to give this show a chance. If you don’t want to pay for the price of virtual admission, there are other ways to access live Pay-Per-Views without paying for them (none of which I will get into).

It’s not just that we’re going to bare witness to the first Supershow between two major wrestling promotions in decades, but that we will likely see many more of these going forward.

Again, it’s all about money.

If offered through NJPWWorld I guarantee many fans will likely grab a subscription for that month, even if just to watch the show. The show itself will create buzz in news cycles, and introduce top names overseas that some fans may have never heard of.

Even the casual WWE fan will get blown away by the talents of Will Osprey, Hiromu Takahashi, Zack Sabre Jr.,  Kota Ibushi, and much much more (the latter two competed in the first WWE Cruiserweight Classic).

Simply put, this is the future. You’re going to see more of these going forward, and it’s just a matter of time before the McMahon’s see the money-making potential in a future cross-promoted show.