Sad, isn’t it? You know exactly who I’m talking about with the title of this article. The “fans” who constantly belittle a product they don’t even watch or like. Those who will find fault in every booking decision made, or critique every match outcome.

Worse are those who will laugh at any perceived misfortunes of a company. Can you imagine that? Laughing at misfortunes out of mere spite for the fact that you don’t like a product. Possibly even worse than that are those who refuse to believe any legitimate statistics to prove a narrative wrong to preserve their own confirmation bias.

Am I speaking of AEW? Not necessarily. I have seen many trolls throw shade at both products. I’ve seen WWE fans heavily insult WWE talent (Alexa Bliss, for example), and the same goes for some AEW fans.

Though I’m sure trolls have aimed to tear that narrative apart somehow. In reality, while both sets of fans shit-post about one another — it seems as if AEW gets trolled on much, much worse. Look for yourself; anti-AEW trolling is far more prevalent within this subject matter. I have a theory about this, but first, let’s dig into a few pieces of interest, including the psychology of some internet wrestling trolls. 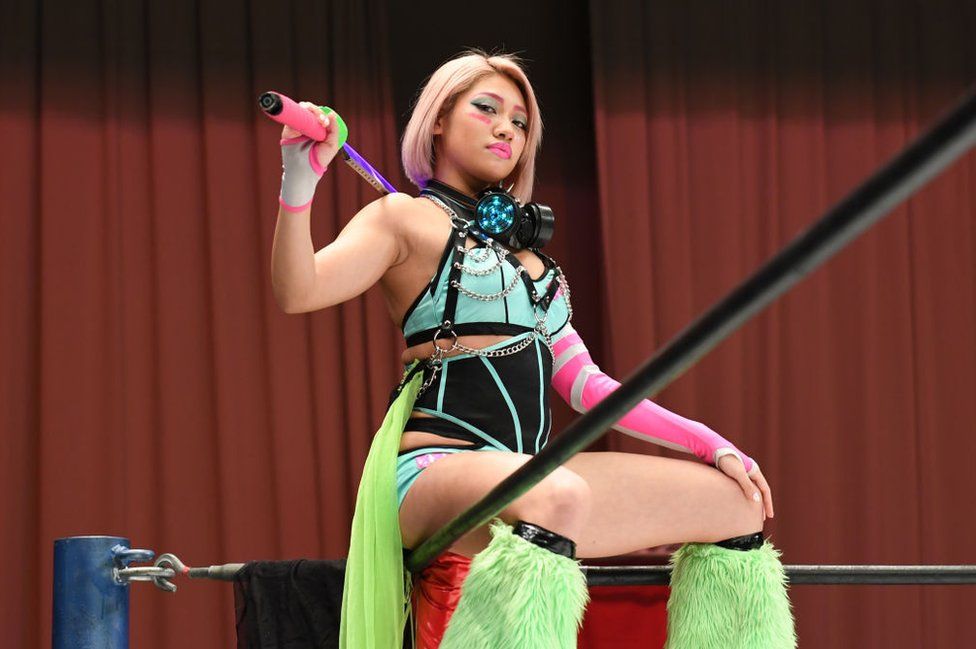 I have an honest question for the cellar dwellers who find nothing else better to do with their time than pick at the mythical faults of others.

For example, I see a guy who hides behind a Jim Cornette profile picture that hangs around all AEW-related posts on social media. He comments a lot, and never says anything good about the company.

What purpose does this serve?

On a much larger level, we have legitimate outspoken trolls who set out to insult and disparage wrestling talent that are only out there doing their job. Nothing is ever satisfactory, and any chance at online abuse is taken quickly.

This brings me to Hana Kimura.

A star in the making, Kimura appeared in Stardom, Ring of Honor, and many others. In 2020, she was a part of the Japanese reality television show Terrace House. After a series of insulting tweets aimed at Kimura for absolutely no good reasons, others joined in and fanned the flames of hate. Likely unbeknownst to these trolls, Kimura was a victim of bullying in her childhood. On May 23rd, 2020, Kimura sadly took her own life.

Wrestlers are human beings. Did you forget?

When a person actively trolls, belittles, or critiques every little unnecessary detail to fit their own narrative of a product, to me, it all falls in the same category.

The Psychology of Trolling 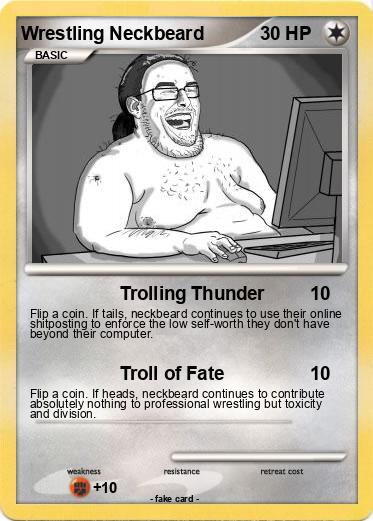 “Trolls aspire to violence, to the level of trouble they can cause in an environment. They want it to kick off. They want to promote antipathetic emotions of disgust and outrage, which morbidly gives them a sense of pleasure.” – Tom Postmes, professor of social and organizational psychology at the universities of Exeter and Gronigen

According to Postmes, the key factors that play into internet flaming boils down to a level of risk-free deindividuation. Simply defined, deindividuation is when others engage in devious acts in which they cannot be identified.

Notice how the main contributors of wrestling trolls comes at the hands of those who maintain anonymity. So why hide behind a veil to insult and troll others?

According to Dr. Jennifer Golbeck of the University of Maryland, often the dark triad of behaviors tends to become visible in internet trolling. These three traits are narcissism, Machiavellianism, and psychopathy. While these traits are not always present, they do tend to repeat in cases of minimal to extreme trolling.

Studies have also linked such behavior to low self-worth, and a potential for an ongoing inconsequential personal life. In many ways, we should feel sad for these individuals that have nothing else to contribute to a social media post other than negativity and contempt.

But their toxic behavior is truly damaging, not just to professional wrestlers themselves, but to the entire fanbase and sport as a whole. Be honest, when was the last time any buzz was created in WWE? Did you count the arrival of former AEW wrestler Cody Rhodes? Seems odd, eh? It couldn’t have been Lesnar vs. Reigns for the third time. When was the last time WWE television was “can’t miss” due to hot internet buzz?

I’m conjecturing, but I assume the hidden truth in many anti-AEW trolling comes with a level of jealousy. In not even four short years, Tony Khan has cemented a #2 promotion, a cable TV deal, top-tier to god-level wrestling talent, and a working relationship with the largest promotion in Japan.

Buzzworthy WWE news tends to come in the form of new talent releases, members of the McMahon family stepping down, or gimmick/name changes. AEW’s buzz comes in form of new additions to the roster, record ticket sales, and unfortunate contract disputes that may or not be a work.

Like it or not, AEW is still the hot product right now.

Hell, Punk’s recent world title win ended up on ESPN. AEW talent is appearing on multiple reality television shows, including Bar Rescue and Carpool Karaoke; and in this current television climate, maintaining around a million loyal viewers a week is worth a lot of money.

WWE loyalists do not have to like the product, but they certainly don’t have to insult it either.

Where Do We Go From Here?

“I think people just go on to Twitter just to be heard in a negative way. They just want to say something nasty and hateful and mean, so they will go on to Twitter for literally no [other] reason and they just say it and make sure they tag you in it, too.” – Britt Baker, D.M.D.

Why are you watching or commenting on something you don’t like?

In many ways, yes, true fans could simply stay off of social media. The silent majority of wrestling fans will keep to themselves and just enjoy their brand of wrestling without the urge to demean anyone else.

I hope you’re the same.

There is no one “right way” to do wrestling. Everyone has their own tastes, so why do some feel the need to go out of their way to insult, belittle, and critique others?

It’s because they’re sad human beings. Instead of finding self-worth through a therapist or close family and friends, they do so through destructive and toxic behavior online. The mental health of wrestling trolls, however, is not our responsibility.