prejudice, stereotyping, or discrimination, typically against women, on the basis of sex.

A tale of two narratives; Becky Lynch and Athena (Ember Moon). While Lynch claimed that the AEW women’s division just “aren’t as good as we are”, Athena offered up a much different sentiment:

“We would have to sit through stupid meetings about how we’d have to dress sexy,” Athena recalled. “I remember looking at someone else (and laughing). I cater to children. I’m not about to wear fishnet booty buttcheek shorts because we had a two-hour meeting about how to dress like Mandy Rose,”

One thing we need to get straight here is that there’s a difference between quantity and quality. Simply because you offer up more women on any given night doesn’t equate to quality, and more importantly, potential sexism that comes with it. One could argue that the better women’s division should be based not just on quality and equality, but how these women are treated in regards to sexism.

A woman should be looked at for more than her looks and stereotypes. This is what ultimately plays into these rankings more than anything. That, and what is the best representation of women in general?

With that being said, I want to go over some brief caveats before getting into this list.

What Promotions Won’t Be Included

For obvious reasons, smaller independent promotions will not be included on this list. This also includes Ring of Honor, who is in a bit of limbo at the moment, awaiting some kind of weekly show. This also doesn’t include Major League Wrestling, based on the premise that they just relaunched their women’s division; a new champion  will be decided on May 13th as Taya Valkyrie takes on Holidead.

Also not included will be smaller Indies women’s promotions such as Shimmer, Mission Pro Wrestling, and WOW – Women of Wrestling; which will be returning this Fall. We’re keeping the focus on women’s division within a co-ed company.

Lastly, Stardom and New Japan Pro Wrestling will be kept out of this list for a few reasons:

Japanese wrestling has always separated men’s and women’s wresting. It’s simply part of the culture, and is why you see a large amount of popular women’s promotions. Stardom is by far the largest, but Tokyo Joshi Pro Wrestling, Ice Ribbon, Gatoh Move, and Sendai Girls head a very large list of all-women’s promotions in Japan.

Suffice it to say, if you want to watch nothing but women’s wrestling; take a gander overseas if the language barrier doesn’t bother you.

That being said, let’s dig in. 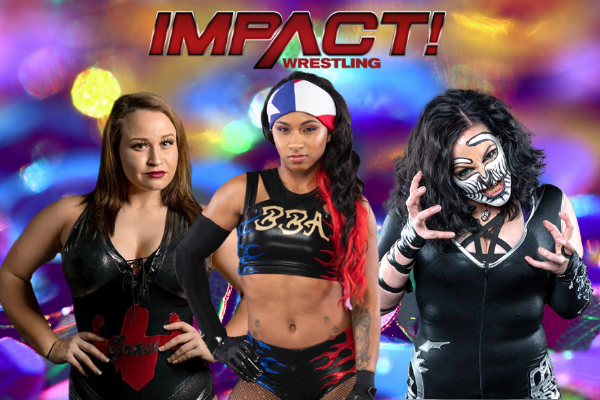 Simply put, Impact Wrestling has been the gold standard for women’s wrestling for some time now. If you wanted consistently great women’s wrestling in a promotion that doesn’t treat their talent like objects, this is the place to go.

Most important, however, is they don’t focus on the “sexyness” of their talent. Women are treated as equals to the men, even crowning former talent Tessa Blanchard as Impact World Champion in 2020. They also get legitimate and captivating storylines that aren’t in the overused wrestling tropes category.

Oh, and let’s not forget former Knockouts champion, and current Ring of Honor women’s champion Deonna Purazzo, who will face off against Mercedes Martinez next week on AEW Dynamite. If you’re a fan of women’s wrestling, do not miss this match.

Impact Wresting is simply the best place a woman can work in the wrestling industry right now to be treated fairly, not like an object, and given a real opportunity to equally display her wrestling craft. 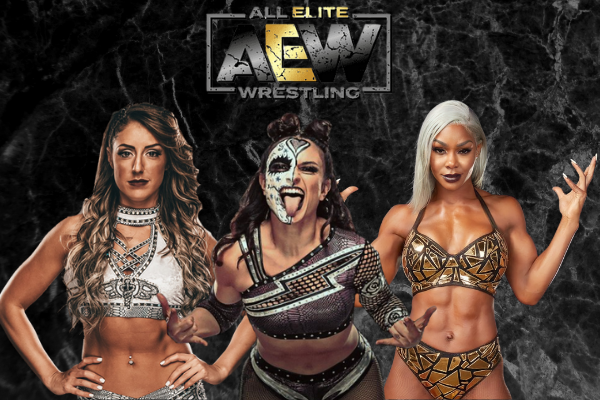 I know what you’re going to say: How?

AEW women’s division has traditionally been booked rather poorly over the years. Even up to a month ago, you could describe my sentiment towards the booking of the division as “disappointing”.

However, two things stand out here when we talk about the objectification of women in the division: It doesn’t exist.

You’re not seeing AEW women’s talent completely objectified, put in demeaning angles, or asked to dress “sexier”. In fact, unlike other companies, Tony Khan isn’t afraid to let his women’s competitors bleed. Like men, women can have hardcore matches, too, and be damn good at it.

Which many insecure male fans tend to find uncomfortable and not sexy.

Furthermore, real-life personalities and cultures are let through. Britt Baker is an avid Steelers fan and a practicing dentist, and you see this. Thunder Rosa is a proud Latina that advocates for women’s empowerment — and you see this.

From Cargill, to Deeb, to Soho, fans are not seeing a character created by a team of old white men, they are seeing women allowed to be themselves. What’s more empowering than that?

The talent is there as well. The Owen Hart Foundation Women’s Tournament is going to cement this division, and the brackets are already stacked. Baker/Hayter/Storm/Soho/Velvet/Shida already make for a powerful tournament. I would venture that Kris Statlander and Mercedes Martinez find a way in as well.

It’s not just this tournament, but also what the future holds in store. Suddenly, this division is getting red hot. From a pending Thunder Rosa/Serena Deeb championship match to the Baker/Hayter vs. Storm/Soho feud, and even Jade Cargill’s “baddies” in Kiera Hogan and Red Velvet — things are finally looking up. 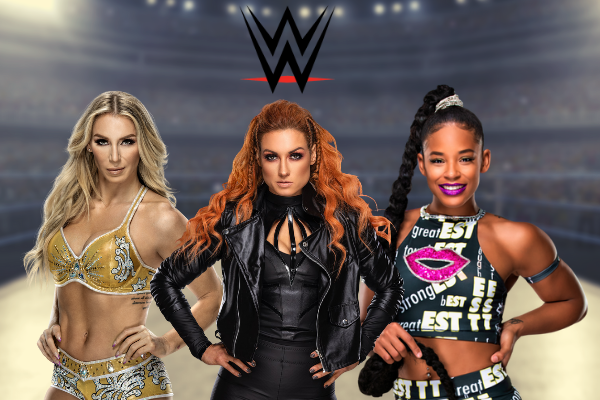 While yes, the division has their bright spots, there’s not enough of it across two brands.

In an unpopular opinion, I actually believe Becky Lynch to be overrated. She’s just not as good in-ring as a name like Asuka, Charlotte Flair, or Bianca Belair. And she’s supposed to be the flagship women’s competitor in the company.

Ronda Rousey is still very green in the ring, and it’s painfully obvious from her WrestleMania 38 match. Again, Rousey has had less than 50 singles matches in her entire wrestling career.

She has also made pretty damning transphobic comments in her past. Not exactly women’s empowerment material.

While Raw does a great job featuring their women in proportion to the overall roster, a chunk of it is fan-service to old women’s tropes that shouldn’t exist in modern-era wrestling. Weddings, and the oversexualization of some talents (like Carmella and Zelina Vega) are left to be desired. Again, we’re seeing a lack of true personality when cliché gimmicks overtake any real possibility of a fan connection.

However, between the randomness of heel turns, wishy-washy character direction, and gimmick changes, some light shines through:

Asuka is back, who is one of the greatest women’s wrestlers of all time, and this is to be celebrated. Bianca Belair at least has a solid and refreshing feud with Sonya Deville going, and Banks/Naomi as tag team champions are in their infancy and could be promising?

In short, years later after the “women’s revolution” and the WWE women’s division doesn’t seem to know what it wants to be. From gimmick changes, played out tropes, and a lack of personality, the division isn’t as strong as one would think. 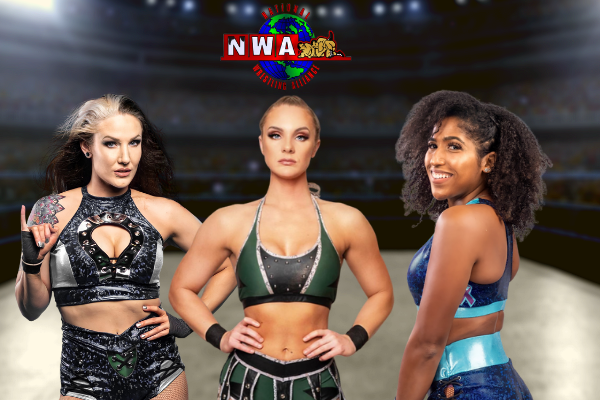 Not only is the N.W.A. putting out banger after banger for their women’s matches, but they’re a sleeper on this list. Let’s note that on August 28th, 2021, NWA EmPowerrr was held, which featured an all-women’s lineup.

Aside from that, Kamille has been a dominant Women’s World Champion with an ongoing reign lasting over 300 days. The Hex (Allysin Kay and Marti Belle) have been just as dominant in their run as Women’s Tag Team Champions.

While their roster is small, it packs a punch; featuring the likes of Kylie Ray, Madi Wrenkowski, and KiLynn King. With another NWA EmPowerrr show likely in the future, expect more cross-promotion with AEW and Impact Wrestling, and watch as this division continues to blossom.

Did I mention they don’t objectify or sexualize their women? Also quite important.

Fair treatment goes beyond quantity of matches on a show…which you’ll see in the next example. 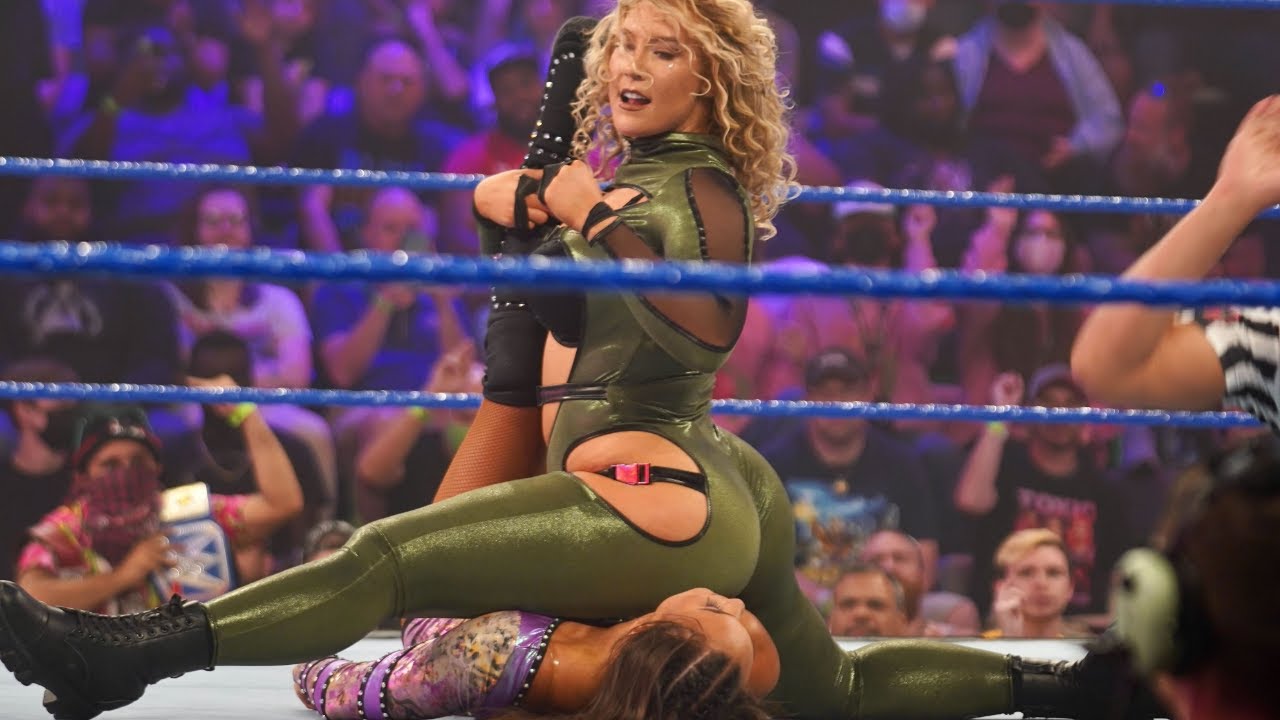 Let’s go back to Athena’s comment regarding NXT 2.0 and view it from that lens. We have:

Well that seems to check out!

It’s no secret that NXT 2.0 tries (poorly) to be an “edgier” brand. However, when it’s run by a few old men who think edgy simply means “sexy”, it’s just embarrassing. The division is led by Mandy Rose, who gimmick is just basically to be sexy.

This is a perfect case of quantity not being equal to quality.

Empowerment means to be “sexy” on your own terms and definitions, if even at all. Instead, it seems the NXT women are being told to do this, and it really shows.

If you view women’s wresting from the simplistic and ignorant lens of “big name stars”, you’re missing a lot. It’s not enough for women to be featured equally in professional wrestling, but to be done so respectfully.

Vince McMahon has likely never been on the pulse for women’s equality in professional wrestling. Just check his track record. With NXT 2.0, little has changed.

A lot of the old stereotyped women’s tropes we see in WWE are just played out. What’s left is a division that has a few bright spots, but continues to shift the focus away from the wresting aspect itself in favor of gaudy and sometimes cringe-worthy storytelling.

With AEW, the main problem has always been exposure. The talent has been there, and it keeps growing — but now we need to see more of it, and my hope that #2 ranking isn’t jumping the gun on what I think the future will be.

But if you take anything away from this, go watch Impact Wresting for some of the best women’s wrestling in the world.