Weeks removed from the All Out fall out, and AEW looks like a slightly different place.

Possibly gone is C.M. Punk (sans legal repercussions), and The Young Bucks and Kenny Omega will likely face lengthy suspensions. You can takes sides and play the blame game all you want, but all parties need to be held accountable for that travesty of a presser and following scuffle.

But you’re here to gain insight as to what AEW can do to improve their ratings; and it only takes one (large) move. But before we get into that, let’s discuss ratings…

Fun fact: AEW’s ratings for 2022 was higher on a week-to-week basis compared to 2021 for 14 weeks straight. If anything has stagnated ratings if one looks at the history, it’s New Japan, as ratings leveled out during the Summer (Forbidden Door build). Which in a lot of ways makes sense, as folks tend to not be home during nicer weather. But it could have also been the fact that many names appeared on AEW television in that time that the casual AEW fan simply did not know.

But compared to 2021 lately, ratings continue to be on a slide, even with Punk’s return and during Moxley’s interim reign. However, when compared to 2021, the average annual rating is higher (at least for now). Take that however you want it.

Now we need to get something straight through all of this:

A ratings plateau doesn’t automatically mean the network thinks any less of the product. Plenty of episodic TV shows have either decreased or plateaued ratings, and they remain on the air. As long as it’s a profitable brand, then that’s all the network cares about.

Hell, do you think USA would have stuck with a declining WWF Raw in the early 90s if it didn’t mean money? Ratings history from 1993-95 show a very unstable history. This drops as low as 1.8 for the Sept. 19, 1993 episode. They would repeat this in an October episode in 1996.

And even more, ratings aren’t as important as they once were 25 years ago. Still a fairly large part of any TV deal, but with the advent of YouTube, streaming, and cord cutters, they simply hold less value in this day and age.

As I’ve said before — wrestling ratings are historically down across the board when you compare with its peak during the Monday Night Wars — which is sort of unfair. Mainstream wrestling was a “trend” during the late 90s — the product quality was sometimes questionable, and downright bad at moments (if you’re being honest with yourself).

That all being said…

The One Thing Khan Can Do to Help AEW’s Ratings

Game of Thrones, The Office,  Stranger Things, What We Do in the Shadows, and even F.R.I.E.N.D.S. — all of these have one thing in common: A great ensemble cast.

This is what AEW is greatly lacking (especially in the women’s division).

During Rampage last week my wife asked who the hell Josh Woods was (yes, casual fans DO exist). While I know he’s a Ring of Honor alumni, a viewer should never have to ask this question. In fact, she has asked that several times during the Forbidden Door build, and multiple times through Ring of Honor title defenses.

Add in the growing random stables, from Stokley’s boys, to the Trust Brothers, and more — and you can see a problematic pattern develop.

What keeps fans of any TV show drawn in? Familiarity and expectation.

Quite simply, there are wrestlers that would should see on a weekly basis in AEW to build on. However, in the past, we have gone weeks without seeing names like Darby Allin, Ruby Soho, Sammy Guevara, Powerhouse Hobbs, Anna Jay, Andrade, etc.

And these are supposed to be your future, right?

So what’s the solution?

Find Your Number; Stick With It

If you take a look back through episodes of Raw and SmackDown, past and present, you’ll notice that a semi-specific number of wrestlers are used every week. And this goes for 1990s WCW, WWF, ECW, and even modern-day New Japan.

Currently, that number sits between 25-30 wrestlers on TV per week for WWE. For the highest rated Raw episode ever (May 10th, 1999), the numbers hovers between 35-40. This is similar to WCW during their hot run. AEW usually has around 40 for Dynamite; and around 20 for Rampage. Again, these are non-specific numbers, but you get the drift.

What I am alluding to is that having such a large roster with a revolving door doesn’t work if you want any level of familiarity with casual fans. Is this a cheeky way of saying to trim the damn roster?

Yes. But there is a valid case for it — and if not a roster trim, than at least find your 60 or so wrestlers and make sure the focus stays on them until others are naturally promoted from Dark.

But that’s the hard part, isn’t it? Finding, as Randy Savage so eloquently put it, your cream of the crop. But it’s not impossible…

The Cream of the Crop 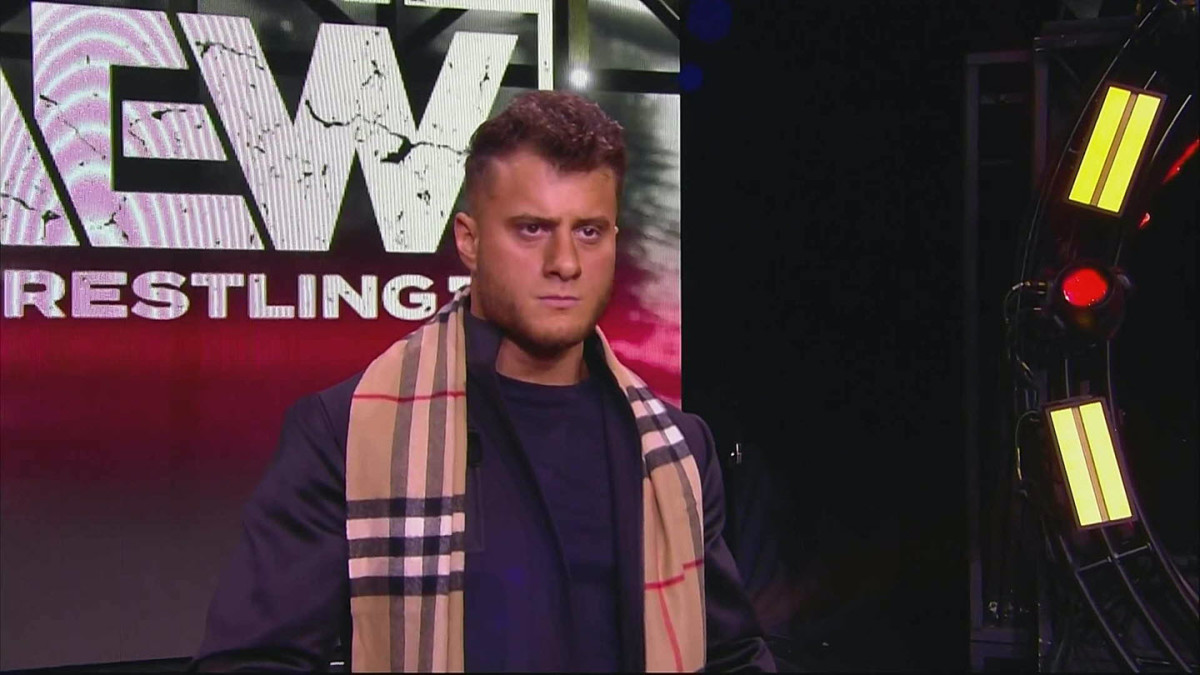 Right, this is just the opinion of some dumb mark. However, I can make a case for no more than 65 talents for viewers to expect to see in some fashion nearly every damn week. I’ll break this up per division as well. This also makes storylines easier to manage, so that there aren’t large gaps in them (see: Julia Hart) These are who viewers should expect to see on a NEAR weekly basis, be it Dynamite or Rampage in those 3 hours of television.

Humans like to order chaos. So let’s armchair book the hell out of this…

Suffice it to say, if you aren’t on this list, it’s either Ring of Honor or Dark  until further notice. I’m growing tired of seeing Ring of Honor on AEW television, as many of these deserving names could appear — but don’t because of it.

And that’s the crazy thing; as there names NOT on this list that deserve a main roster somewhere in the world — but there’ s just not enough time. Khan needs to realize that the same names need to appear in some form or fashion every week. Preferably in-person, and if not, then a well-thought out segment that is more than a quick and forgetful interview with Alex Marvez.

AEW has come a long way in less than four years. But with everything that happened in that awful presser and following events, Mr. Khan really needs to hunker down. Let’s establish your stars, the future, and create a solid set of stories around it. In effect, doing so cleans up any booking problems as well. As you’re forced to create stories with what pre-determined number you have as opposed to the sometimes ADHD style of throwing everything at the wall.

Last week’s Dynamite was really good. It was well-paced, and aside from the pointless Ring of Honor title defense (fantastic match, but I don’t care about ROH), it well delivered. I hope this trend continues, as the key is to focus, focus, focus on what viewers at home, and in-person, should expect on a near weekly basis.

This ultimately creates more familiarity and a sense of a strong and consistent ensemble in AEW (sans injury or time-off). It’s this familiarity that will likely slowly increase your TV ratings, as viewers will know what and who to get excited for on a weekly basis between two shows.