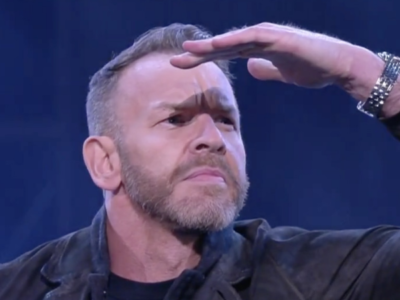 Word came down of quite a bit of talent released from WWE. But before I get to that, now this. Monday, I read multiple reports that Adam Cole’s WWE/NXT contract was up after Summerslam. Not one to rely on one source, I found multiple. Monday I thought, “Cole would be a huge loss. Surely they won’t let him go”. How foolish was I to think that? I mean, Ric Flair was released from WWE Monday. Of course, he apparently asked for his release. Bronson Reed(who was NXT North American champion just a month ago), Tyler Rust, Leon Ruff(also N.A. champ not too long ago), Mercedes Martinez, Bobby Fish(what are they going to do with Diamond Mine), Kona Reeves, Asher Hale and Jake Atlas have all been released. Does NXT go back to one hour now? Do they have enough talent for two anymore? On the upside, Summerslam looks good. Reigns./Cena, Lashley/Goldberg, Bianca/Sasha II, Uso’s/Mysterio’s II and Edge/Rollins so far. I like that each Summerslam match has a story behind it and isn’t thrown together like they have been in past years.

The devoted won’t be happy with this but I’m about to be critical of AEW. God forbid, right? I have an idea as to why Malachi Black made his in-ring debut in the Dynamite main event and crushed Cody. I think it’s AEW sticking it to WWE by saying ” you don’t know what to do with talent like this? We’ll stick him in our main event and have him crush one of our EVP’s in his first match”. Also, notice when Black hit Cody with a kick when Cody was on the top rope? Cody fell back into a table like he was hit by a truck. It was easy to see Black missed the kick. Dynamite selling job by Cody, I suppose. I will give kudos to Cody for giving Black the Brodie rub aka letting Black squash him. I think this ends up like Cody and Brodie. Cody goes away to be a father and, probably, film season 2 of Go Big Show. Not to mention their reality show. Cody comes back and gets his revenge on Black early next year, possibly at Double Or Nothing.

The tasteless “joke” by Max Caster of the Acclaimed made on Dark this week….well there’s a reason they aren’t on Dynamite much. I appreciate them paying homage to John Cena by stealing his thuganomics gimmick but let’s leave mental health out of it, please. Thankfully AEW took the clip down, as they should. They need to be off tv for a long time.

Are more WWE and NXT roster cuts coming? If they cut a bunch more, Vince’s apparent dream of killing NXT just might come to pass.

Christian winning the Impact Championship on the premiere edition of AEW Rampage Friday night was awesome! It also told me that he isn’t winning the AEW Championship from Omega at All Out. I love Christian but he already beat Kenny once. I think someone else takes the AEW title from him.

Anybody else pick up on Jericho’s shot at Seth Rollins Friday night? Britt Baker hit the curb stomp on Red Velvet and Jericho said “that’s a real curb stomp”. It actually looked the same as Seth but you keep being you, Chris.

King Nakamura becoming Intercontinental Champion for the second time is something I was pleasantly surprised to see. The most standout performance on Smackdown, however, wasn’t a match at all. The back and forth between John Cena and Roman Reigns was superb! Especially when Roman invoked the name of Nikki Bella. That was good stuff! WWE has really been hitting on all cylinders with Reigns this past year. I expect him to be Universal Champion for a long time.

The Roman Reigns/Jon Cena promo where they mentioned Nikki Bella, Dean Ambrose and a litany of “taboo” topics…that was fire!  Go check it out on YouTube if you’ve not seen it.

At the end of Smackdown, it looks as if Sasha Banks, Zelina Vega and Carmella Interesting. Judging by Sasha saying she “needed witnesses” to the contract signing with Bianca, and Carmella and Zelina basically doing Sasha’s bidding, it looks like Smackdown has s new stable. If so, will they add a fourth?

I’ll be back next weekend with more news, opinion and my SummerSlam review. In the meantime, feel free to check out my Blendertainment podcast anywhere you get your podcasts.