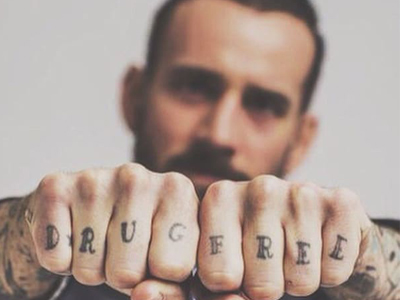 During June 2007, the horrific events of Chris Benoit shocked everyone… Benoit was an in-ring performer for the WWE who killed both his wife and child while killing himself afterward. Following the murders and suicide, the media and Federal Government turned its eye to Professional Wrestling and if it had a major drug problem. Making matters worse, several other wrestlers were found on a list of an Online Pharmacy.

Yet, during the prior year after Eddie Guerrero‘s death, the WWE created a “Wellness Policy” during early 2006. It was suspected that Eddie’s death was related to years of performance enhancer use to pile on thick muscles onto his tiny frame. WWE wanted to get ahead of this and created a program to begin testing wrestlers. From 2006 through mid-2007, the policy’s results were kept internally, meaning that no results were made public and wrestlers were advised to stop using drugs if they failed a test. Obviously after Chris Benoit killed his family AND performance enhancing drug (among other pills) were found in his house, this Wellness Policy gained more teeth and test failures are now made public with suspensions being made.

Through the late 1990s and throughout the 2000s, we had wrestlers dying at an early age and mostly due to either performance enhancers or painkilling type pills. Pro Wrestling was often mocked publicly for its lack of rules and care for its wrestlers, with many performers dying well before the age of 50, if not 40. Anytime a pro wrestler happened to die from heart complications, the automatic assumption is that steroids were involved.

Bravo to the WWE, lately. The Wellness Policy is working, as wrestlers are beginning to live not only longer lives, but performing longer. WWE also pays for ex-wrestler rehab stints.

Still, though, the ghosts of wrestling’s past still haunts the WWE, as the steroid trials through 1994 and then Benoit’s actions have casted a long shadow. The only sport or form of entertainment that has a similar stain is Major League Baseball thanks to its LACK of steroid testing before 2004.

Just today (or November 5th, 2022), musician and sometimes actor Aaron Carter passed away at the young age of 34. While the cause of death has yet to be determined, he was found dead in his bathtub. During September 2022, he checked into rehab. Look, I’m very sad that this guy died and my point is that he shouldn’t have died so young.

My question is why can’t Hollywood and the Music Industry have a Wellness Policy like the WWE? Why aren’t they being scrutinized by Congress or the Media for a lack of care or concern for their top stars?

But Pro Wrestling and MLB are the only “dirty” ones out there. Anytime Jeff Hardy stumbles, we hear nothing but attacks… Yet, he’s one guy whom the WWE has tried to repeatedly help. Many of the names mentioned above from Hollywood or the Music Industry were at or under the age of 50.

Now, I have to step back because I’m with legendary comedian Bill Hicks in that the use of recreational drugs have led to some of the best music ever made. Listen to The Beatles before and after they started smoking weed. The music quality is noticeable… They went from singing pop songs to making music that influenced generations on how they’d produce music in a studio.

But what we’re talking about here for the Music Industry or Hollywood is more than smoking pot, which is being legalized in many states as a ligher recreational drug. We’re talking about pharmaceuticals and stronger drugs like heroin, made worse when mixed with alcohol. Right now in political campaigns, all you hear about is “opioid crisis” after “opioid crisis”, yet it’s our celebrities using them out in public that’s likely inspiring others to use as well.

Like I said… Where are you, Congress? You requested that members of both WWE and MLB appear before congress because of their “drug problem”. You could say that WWE was called upon because of Chris Benoit, but what the call to have Major League Baseball appear in front of Congress all about? All Big Mac, Sosa, Jose, and Raphael did was hit homeruns over fences. None of those guys killed anybody and yet they were pulled in front of Congress to testify on their use of performance enhancers. Thus guys have been denied entry into the Baseball Hall of Fame because of their accusations that were made louder thanks to the congressional hearings.

Music/Hollywood jokingly has the “27 Club”, which is a a common age of many celebrities who have passed away. Is that really something to joke about, dying at 27 years old?

Doesn’t both Music and Hollywood have Labor Unions that could look over its members?

As much as June 2007 was awful for Pro Wrestling, the turnaround by the WWE to not only heavily police its own wrestlers but to help with rehab services of ex-wrestlers should be commended. Yeah, they looked the other way, but eventually a significant death scared them straight to start caring. No, I’m not talking about Chris Benoit, but Eddie Guerrero during late 2005. They implemented the Wellness Program then and it has been a major success in preventing the deaths of wrestlers, past and present.

If the WWE can do it, why can’t the Music Industry or Hollywood?

Someone like Aaron Carter should still be alive but yet, his family has to bury him at the young age of 34. That sucks bigtime and he leaves behind a son who is just about to turn 1 years old.

In comparison to the WWE, there are billions more pouring into the Music Industry and Hollywood. Yeah, they can afford to help the members who help them sell lots of music and make television or movie franchises that make billions. They can more than afford taking better care of the talent who makes them money.

Just pisses me off of the double standards that are out there… The microscope is on the WWE and MLB for their pasts, but musicians and actors are allowed to run wild without it tarnishing the image of music labels or Hollywood. I’d argue that the entertainment industry has had issues with substances and alcohol for a while now, too. You don’t see any older Jim Morrison or Jimi Hendrix around, do you?

Clean up drug issues, particularly your prescription drug addictions, and lead by example. Otherwise, a regulatory body should probably look into why so many younger actors or musicians are dying so young. Just like they did for WWE, and Hollywood/Music Industries have a few violent incidents, too, if you want to keep beating that Benoit drum.