Monday night’s special 3-year anniversary edition of Raw raked in over 2.3 million viewers. This is an increase of over 800,000 from last week. In fact, you’d have to go all the way back to March 16, 2020, to point out the last time Raw pulled in a similar rating.

That episode was the night WWE moved Raw into the Performance Center with no fans due to the Covid-19 pandemic.

It took nearly three years for Raw to accomplished this. So what is the message sent with this rating? The same point I’ve been trying to make for a while now:

WWE is not creating any new stars. Because if they were, you wouldn’t have an extra 800,000 viewers go out of their way to tune in just to see names from the past.

Viewers tuned in to see:

-Belligerent racist and sex-tape connoisseur, Hulk Hogan!
-Alcoholic womanizer and role model, Ric Flair!
-Trailer Park Hero and “American Badass” The Undertaker!
–Another D-X reunion nobody asked for!
-Former DUI-enthusiast, pill-poppper and alleged stalker, Kurt Angle!
-…and many, many, many more blasts from the past that were pretty cool…20 years ago…

800,000+ viewers went out of their way to tune in to names from the distant past; and they will likely tune back out right away next week when they’re offered nothing more than the one hot act WWE has in The Bloodline (and it is very good, admittedly).

There is nothing wrong with honoring the past. I see no problem with a 30-year anniversary show at all, actually. However, when you have such an in-flux of viewers that are only tuning in to relive their nostalgic past; I see a bigger problem.

Is this nostalgia actually hurting professional wrestling? As always, before we get some answers, some history…

First, let’s address a smaller cause of wrestling nostalgia: The inability for many talents to simply get out of the way.

This is a practice that goes all the way back to Buddy Rodgers in the NWA/WWWF. The longtime former World Champion nearly refused to put over Lou Thesz, until he was threatened with losing his $25,000 title bond. During his NWA days he played favorites in territories that favored him.  When he dropped the WWWF world title to Bruno Sammartino in 1963, he alleged that he was “recovering” from a heart attack post-match.

Rodgers, time and time again, wanted to hold on to his top spot at all costs, and never really put anyone over. And he’s not alone. We have seen this kind of practice from a plethora of top names who have held back, refused to put over, and subsequently “buried” other promising talents.

…and even Dusty Rhodes, among others, have all had a history of selfishly putting themselves first when newer stars could be created. How many great talents were never “made” because they were never truly given the chance?

It’s because of this that we have so few big names to pull out of the bucket. If professional wrestling has long been “dead”, or is “dying”, it’s because of the failure to create new megastars when actually given the chance.

Steve Austin worked his first Wrestlemania (12) on March 31st, 1996. He was brought back 26 years later to face Kevin Owens at Wrestlemania 38. The 58-year-old Austin was again offered a spot at this year’s Wrestlemania against either Roman Reigns or Brock Lesnar (depending who you choose to believe).

From Crown Jewel to Wrestlemania, this has happened time and time again. From John Cena, Kurt Angle, The Rock, Goldberg, Mr. McMahon himself, and part-timer Brock Lesnar — it seems that this company won’t stop going to the well of the past.

Helping fans relive their past seems to be more important than creating new memories for the future; and this is a large problem moving forward not just for WWE, but for any wrestling company that focuses heavily on stars of the past.

The more you have headliners from distant eras, the more you tell your audience that your current lot of talent doesn’t match up to them. It’s similar to what Pro Wrestling NOAH experienced in recent years, as they focused heavily on guys like Keiji Mutoh, Satoshi Kojima, Kazuyuki Fujita, (all in their 50s), and many others in the same light. Luckily, there has been a shift towards pushing younger stars over the last year or so in NOAH.

You’re smart reader, though, and you get my point. You know just as well as I do that this happens far too often in professional wresting. And yes, even AEW and GCW have both dabbled in the past just a bit too much. Pro wrestling is at a time where it needs to evolve and reinvent itself — and that won’t happen in memory, but in future progress.

Voices of the Past

I just can’t seem to keep Jim Cornette out of these articles, can I?

Look, Cornette, Bischoff, Booker T, Vince Russo, Konnan, and many more are either industry experts or legitimate historians. I have always said that someone like Cornette has forgotten more about professional wrestling than I’ll ever know myself. Cornette still offers valuable tidbits to wrestling fans on the current state of both major products.

But these are still voices of the past commenting on what the future should look like.

At this point I don’t care about how many listeners these voices get. I don’t care about fundamentally picking apart a wrestling match down to its psychological core. Cute pet names for wrestlers you don’t like or obsessing over TV ratings accomplishes nothing.

What are you doing for professional wrestling right now?

These industry experts that make bad faith criticisms about the current product only re-enforces a narrative that wrestling was best decades ago – and it’ll never get better. And that type of thinking is called stagnation. It doesn’t advance the craft or improve the product. It’s the analytical equivalent of a jaded Twitter troll that just hates everything.

Why aren’t we instead listening to voices of the present and future?

Other Industries Value Growth and Evolution

Younger creators are helping shape the entertainment industry, and have for many years now. Yet it seems like in the world of professional wrestling, we’re still waiting for the next star of the past to be booked on a major show by a man in his late 70s or early 50s.

Tony Khan is a rare exception of a young executive at the age of 40; which is a bit younger compared to his other counterparts in the industry. And his product shows. The average age of his current AEW champions is only 31-years-old.

So the questions comes down to this: When is the industry finally going to let go of the past? 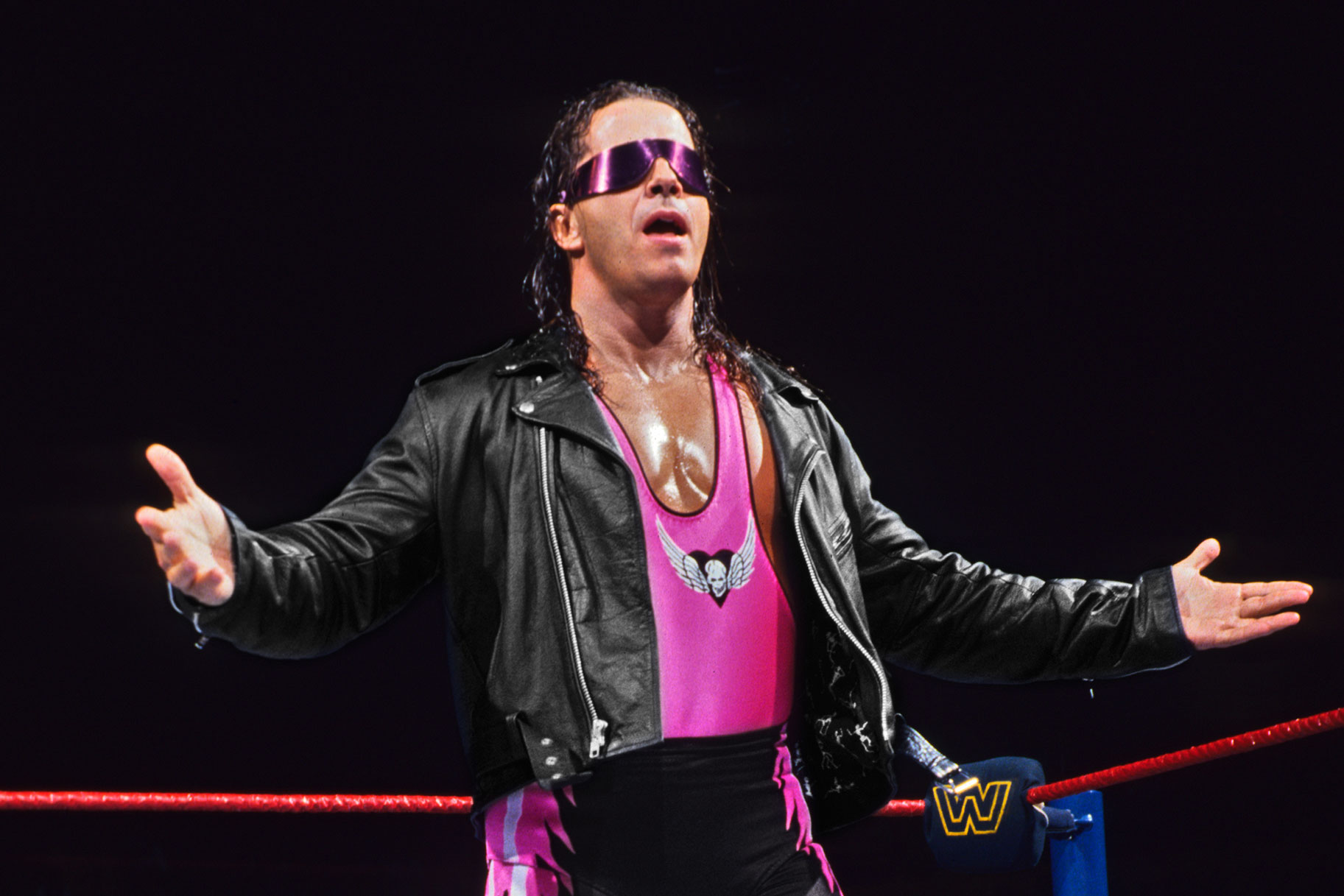 My favorite movie was made in 1995, and my favorite TV show series began in 1993. My favorite all-time wrestler is (probably) Bret Hart. These are not new by any means. However, I don’t compare what I currently watch, or who my favorite current wrestler is, based on what I preferred in the distant past.

A one-time appearance from a legend is one thing. But constant appearances on reunion shows, and major PPVs is another. It sends the message that things were simply better “back then” and that the viewer should watch only to reminisce about how good things used to be.

So many fans are still living in the Attitude Era, desperately wishing for its return in some form. These fans are yearning for the excitement they felt in the past instead of focusing on what could be right in front of them.

Nostalgia is defined as:

a sentimental longing or wistful affection for the past, typically for a period or place with happy personal associations.

And there is absolutely nothing wrong with this. I partake in nostalgia all the time. But when the past becomes the biggest attraction for a modern brand, then where is the place for a future? 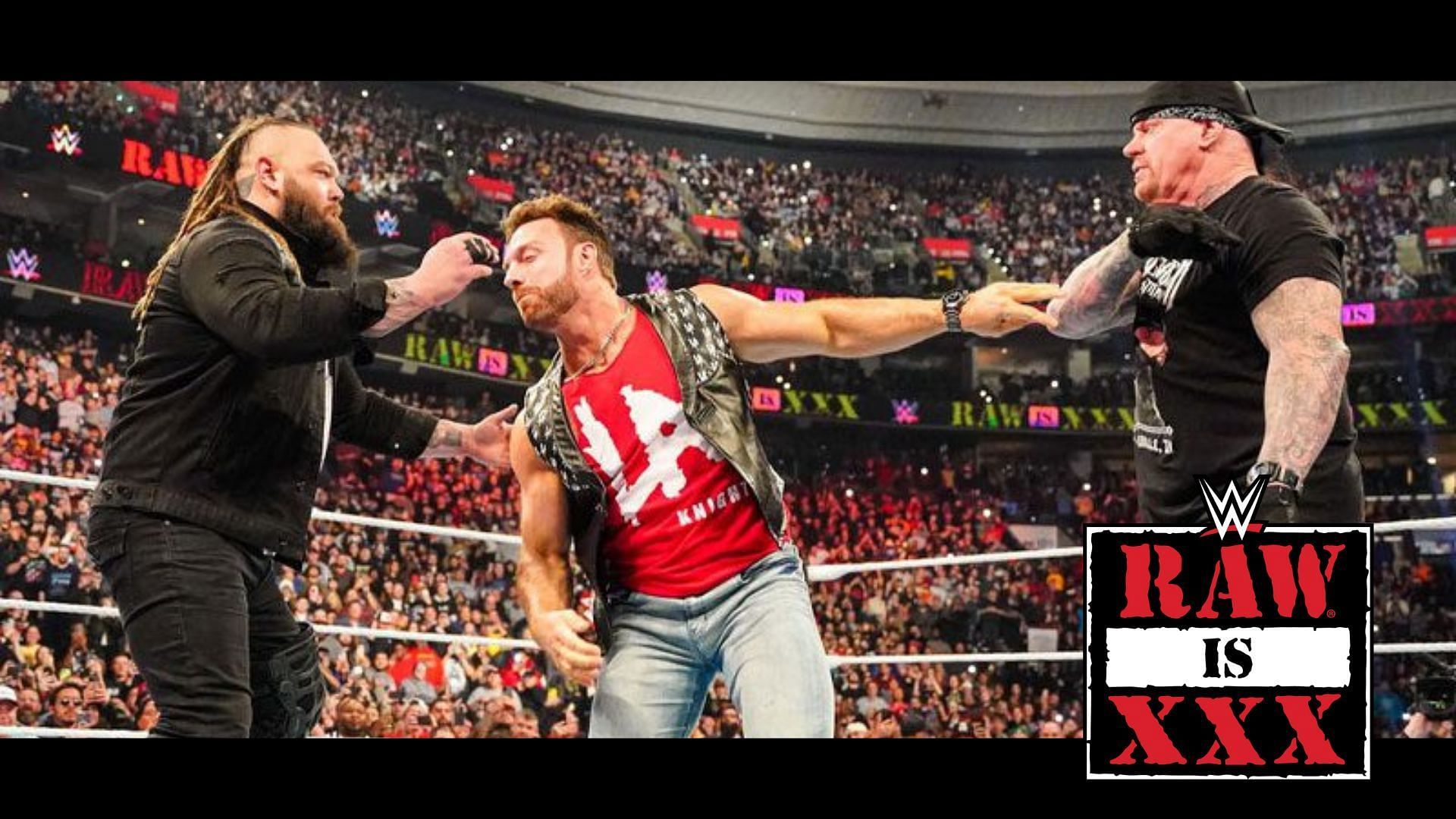 A 30-year landmark is an important one to acknowledge, and from what I can tell, the legends were used in a way that didn’t completely overshadow the younger talent. But as Raw gained 800,000 viewers just for this show, it makes me wonder many more times WWE can go to this well of the past.

The well will eventually dry up. Nobody lives forever.

And to be honest, I believe that for AEW to succeed, so should WWE. I believe both wrestling promotions can elevate each other by simply having great products to watch on a weekly basis. But the unfortunate truth is that we have one company that is continually focusing on their youth, and another that still lives in the “then” part of “Then. Now. Forever.”

You do have to give your future stars the ball and let them run with it without past legends lurking about. Otherwise, the audience will always just compare them to wrestling’s past.