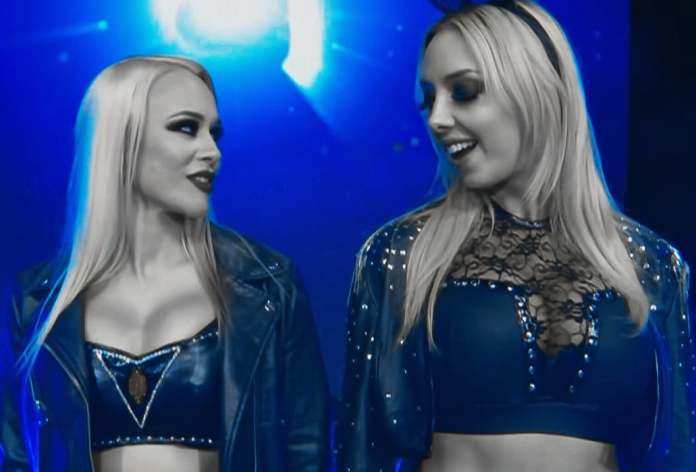 “I think we do need to keep building and do what we’re doing before that happens, but I definitely think it should happen in the near future. At some point.” – Anna Jay

If not now, when?

Through this article I will prove to you that AEW is more than ready for women’s tag team titles, and debunk any potential arguments against it. And besides, it couldn’t be any worse than WWE’s current women’s tag division can it? As Renee Paquette recently put it: “The women’s tag titles have only existed in WWE for a couple of years and as soon as they were brought into the fold, they were important for about 30 seconds, and then nobody cared anymore.”

So why not do it right this time, but in AEW?

There are three major reasons why the AEW Women’s Tag Championships should exist, and exist sooner than later. So LFG and find out why new AEW Women’s Tag Team Champions should be crowned soon; Preferably by All Out 2022.

#1 – There’s Enough Women to Support It 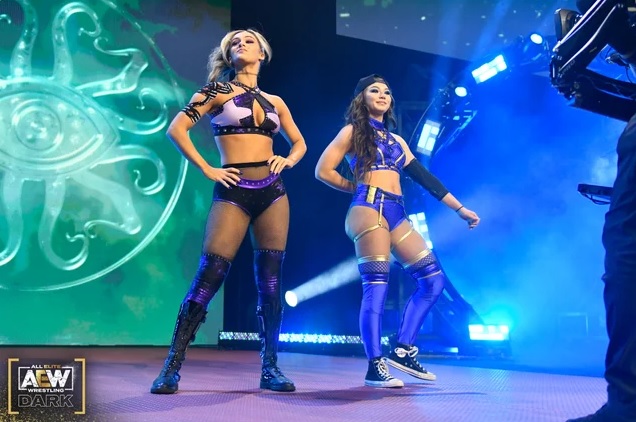 It boggles my mind when I hear arguments against a women’s tag division centered around “they don’t have enough talent”.

They do. Unfortunately, a lot of the women’s division is left behind on Dark and the occasional Rampage matchups. The AEW women’s roster is 25+ deep, and while not all are ready for primetime, a large chunk of them could be.

And who knows? Chances are slim, but what if Mercedes Varnado and Trinity Fatu decide to make their way to AEW? The story of them jumping from WWE to AEW to kickstart a legitimate women’s tag team division writes itself. Mercedes clearly commands a higher spotlight than the tag division, but her time in the singles division in AEW could wait until she helps put the tag team division on the map.

Even without Mercedes, tag team wrestling means at least one more women’s storyline in AEW, and that’s something badly needed throughout the division.

The issue here is exposure. If fans don’t see the depth of the division, then they simply don’t know any better. That being said, let me whip up 8 quick tag teams that would fill an inaugural tournament to crown new champions (ranked in order). 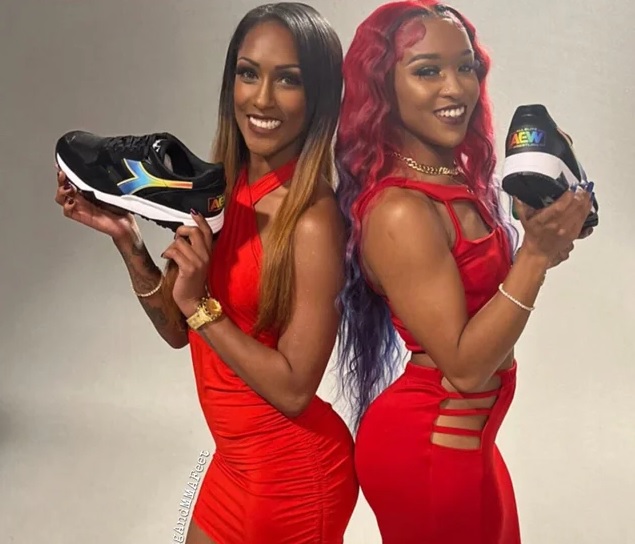 #2 – The Bunny & Penelope Ford
-Ford is just waiting to be cleared for an injury and should be ready to jump back into action any day now. Already a popular pairing, these would be the division’s top veteran faces.

#3 – Riho & Yuka Sakazaki
-Throw in Emi as a manager (she did train Riho), and you’ve got a fun (but legitimate) Joshi tag team here.

#4 – Abadon & Julia Hart
-Pair the zombae with the evil cheerleader in a grindhouse aesthetic and this team would take off. Perhaps Julia Hart doesn’t join the House of Black, but doesn’t go back to the Varsity Blondes, either. She finds solace in a zombie. This team would be over like rover.

#5 – Anna Jay & Skye Blue
-With Tay Conti off doing heel things with Guevara (making out with her partner, oh no!), I don’t see her back with Anna Jay in the near future. Skye and Anna have been paired up before, and would work well. You can even call them “Bluejay”.

#6 – Nyla Rose & Diamante
-Nyla Rose is already a former women’s champion, and has very little left to prove. Pair her with a solid wrestler in Diamante, and you’ve got a very serviceable, yet dangerous, heel duo.

#7 – Marina Shafir & Leyla Hirsch
-This pairing makes sense on paper; both with similar styles and attitudes. I don’t know if the Moldovan Shafir would have any rub-ups with the Russian-born Hirsch, as Moldova/Russia relations have been rocky over the years. When Hirsch comes back from injury, this would be a hell of a tag team.

#8 – Wild Card
-Khan is no stranger to bringing in outside talent, and this is a great chance to do so. Possibilities here include: current NWA Women’s Tag Team Champions The Hex, The Sea Stars (Ashley Vox and Delmi Exo) or even Impact’s The Influence (Tenille Dashwood & Madison Rayne). 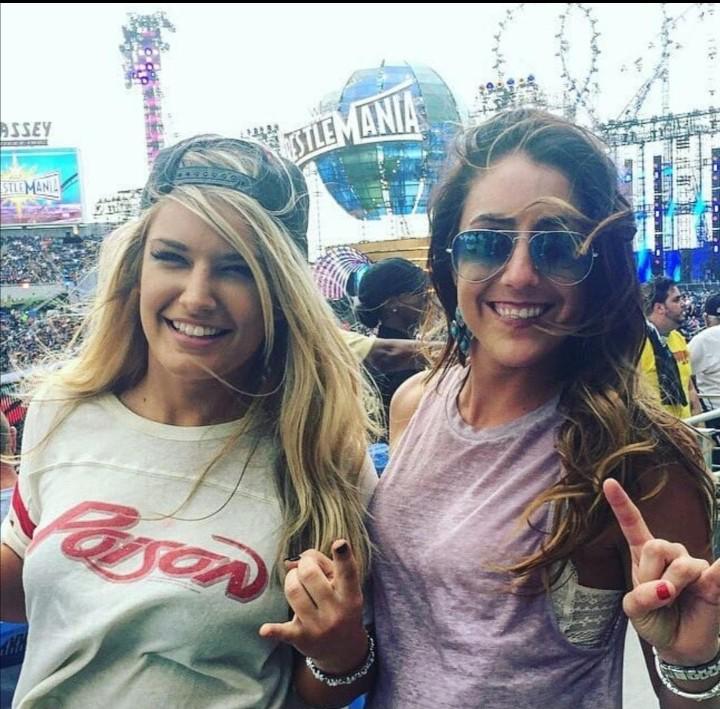 To my knowledge, I don’t believe Britt Baker and Toni Storm have ever had a one-on-one match together. This would explain their good, but sometimes sloppy match on Dynamite. Even real-life friends just need more time and experience in the ring with one another.

While a chunk of the AEW roster are already somewhat familiar with each other, it should be noted that AEW doesn’t do house shows. If there is an advantage to house shows, it’s talent getting familiar with one other before going on live television.

When you have so many talents working together week in and week out, they’re only going to get better. In addition, tag team wrestling takes a certain level of timing, technicality, and storytelling that is best learned through in-ring competition.

There are varying levels of talent in the women’s division, but when we put many together in the form of tag teams, they only all become stronger.

#3 – You’ve Got to Give the People What They Want! 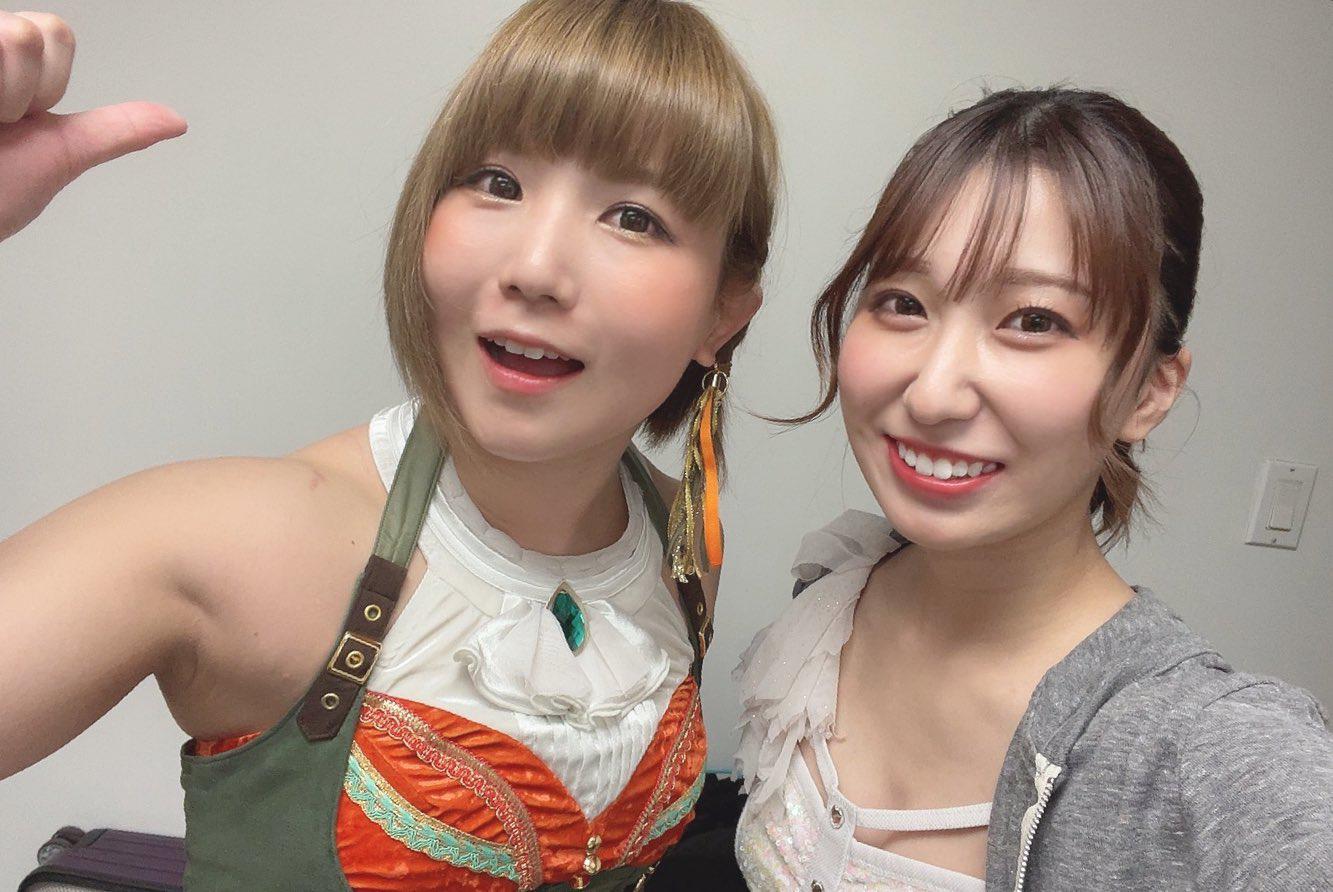 Spare me the “too many titles” argument. During the Attitude Era, WWF had the World, Intercontinental, Light Heavyweight, European, Hardcore, Tag Team and Women’s Championships all under a promotion with a similar roster size to what we see now.

All Elite Wrestling only has five recognized championships. Adding one more isn’t going to break the promotion.

If the fans want it, then let them have it, eh? Women’s wrestling fans have always sought better for their favorite athletes, and this division becomes another avenue for many to shine. We’re not expecting the women’s tag team division to main event All Out, but to simply feature and recognize more women in the promotion as champions is a win-win.

Writers and fans have all clamored for women’s tag team championships — so what are we waiting for?

Lastly, a buzz is created with bringing in new championships. As we’ve seen, women’s tag team wresting in WWE is largely overlooked and forgotten. This is a chance for AEW to get it right.

This move not only highlights more women, but recognizes the importance of women’s wrestling. You don’t want a men’s trios tag team championships introduced before the women’s do you? It’s not a great look, and will have fans like myself disgruntled that the men have four championships (five if you count FTW) while the women only have two.

Adding AEW Women’s Tag Team Championships doesn’t take anything away from the product as a whole, and only gives more balance and opportunity to a young division. So it begs the question.

If not now, then when?