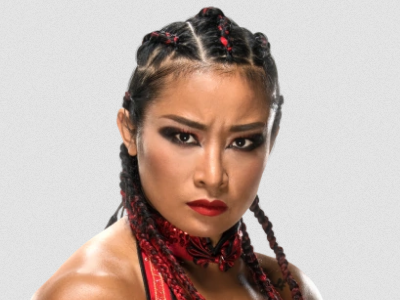 In an interview with DailyDDT.com, WWE Smackdown star Xia Li talked about her transition from NXT to the main roster…

“I found out while I was eating at home. I just hear my phone go beep, beep, beep and there were many messages. I’m thinking, ‘What just happened? Why is it so busy? Oh, I got drafted!’ That’s how I found out. Before that, I was having some dark matches at SmackDown, so I know that’s the test.”

“They asked about my background and about my family, so I told them my story. That vignette is a real story about my real life. I’m really happy they put my real story on TV and there’s a lot of feeling there. When they [aired] it, I cried. If I have that feeling, they will have that same feeling. Also, I had a dream, like a superhero dream, when I was a child, so this is kind of my dream come true with a superhero dream on TV. I’m very happy that they have this whole package for me and they did an amazing job. I’m surprised they did this whole package for me. I didn’t know. I found out at the same time as you. When it came up, I’m sitting in the back like, ‘Oh my god, so good!’ They did an amazing job. I really appreciate that.”

Xia Li has the potential to be a major star on WWE SmackDown. Among the fresh faces from NXT being called up to the main roster in the 2021 WWE Draft was Xia Li, who was selected by SmackDown in the third round on Night 2.