According to Brandon Thurston of Wrestlenomics.com, the June 17th 2022 edition of Smackdown drew 2.290 million viewers with a 0.57 18-49 demo rating. The show was built around Roman Reigns vs. Riddle and an appearance by Vince McMahon.

AEW Rampage in its regular time slot drew 331,000 viewers with a 0.10 18-49 demo rating. Thurston noted the following about viewership for both shows…

“Lowest P18-49 for Rampage in its history, including preemptions. Only the May 6 episode, which had a 5:30pm start, had lower total viewership (292k). Highest Smackdown since April. Not as high as I had estimated based on fast affiliates.” 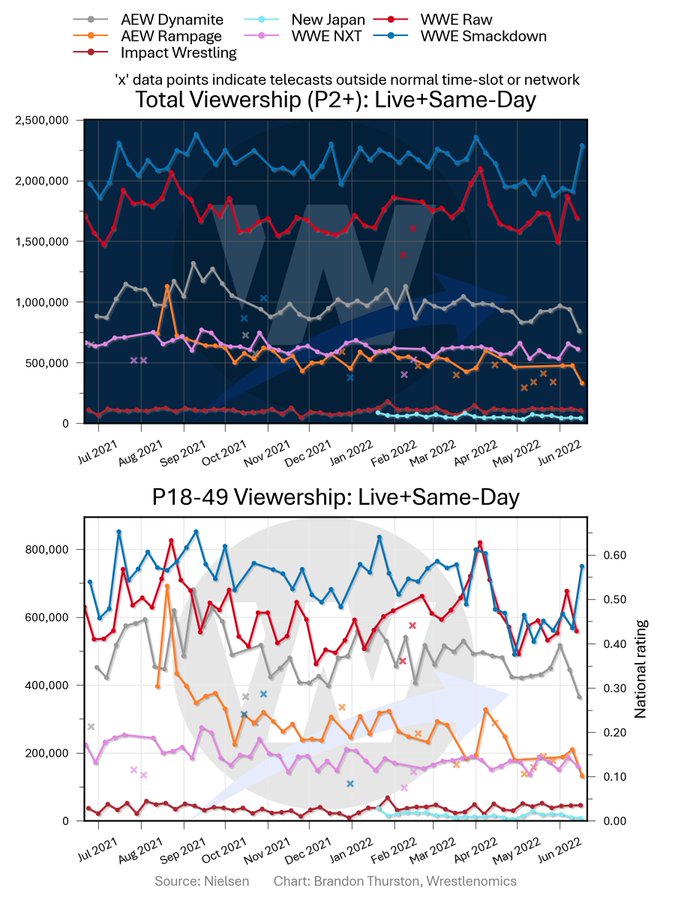