On Wednesday night, WWE taped matches for the September 20th 2022 edition of NXT. Here are the results courtesy of WrestlingHeadlines.com…

* Nathan Frazer defeated Axiom to tie their Best of 3 Series, 1-1.

* The Schism’s Joe Gacy, Rip Fowler and Jagger Reid come out to the ring for a promo. A masked woman with a hoodie on is seen watching from the back of the crowd. This may have been the person seen getting a smiley button from The Dyad in the background of a backstage segment earlier this month that also featured Kiana James and Arianna Grace. Edris Enofe and Malik Blade interrupt and challenge The Dyad to a match.

* Cora Jade defeated Wendy Choo. After the match, Lash Legend attacked Choo and left her laying in the middle of the ring while Jade laughed from the entrance-way.

* Andre Chase and Bodhi Hayward defeated Carmelo Hayes and Trick Williams. After the match, Chase and Bodhi joined Thea Hail for a big celebration in the crowd with the Chase University student section.

* Oro Mensah (fka Oliver Carter) debuted with a win over Grayson Waller, thanks to an assist from Apollo Crews. Crews now has a tear coming down his cheek under the eye Waller injured a few weeks ago.

* JD McDonagh defeated Tyler Bate. This was one of the better NXT matches as of late. Unified NXT Champion Bron Breakker came out after the match for a face-off with JD, but Ilja Dragunov interrupted for a huge reaction and he appears to be no longer injured. The three faced off in the ring to end the episode.

Here is a spoiler photo via Rich Schellhase… 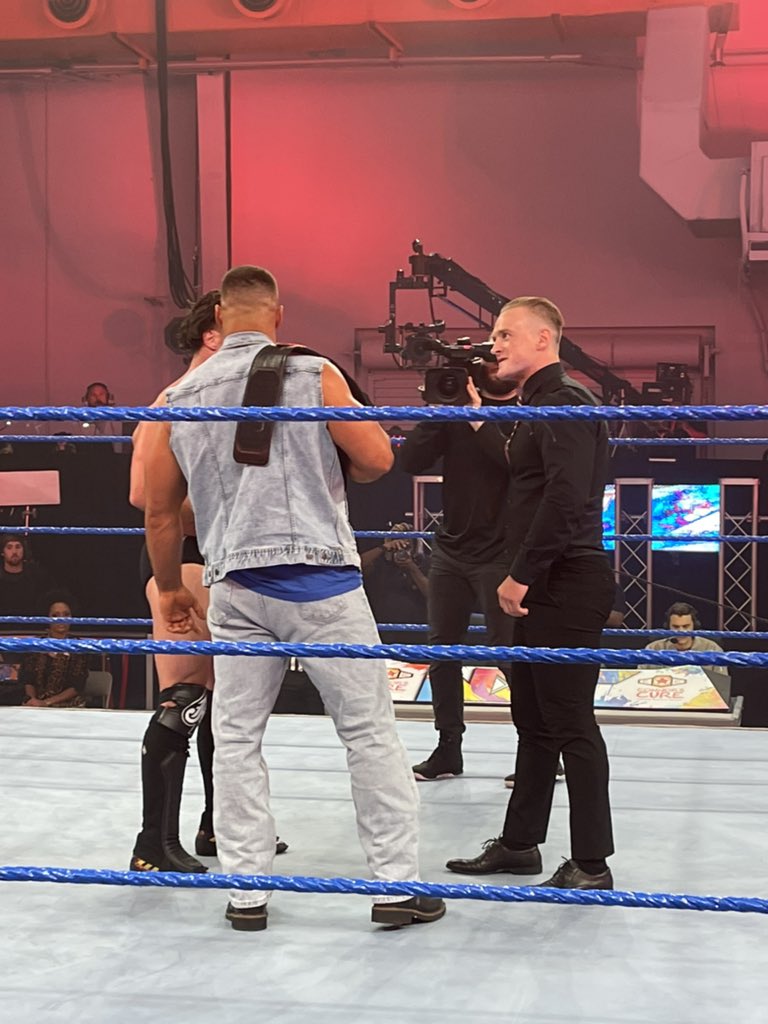