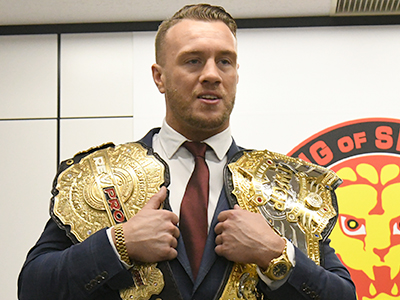 During an appearance on the Wres Things Podcast podcast, NJPW star Will Ospreay said the following about WWE stars…

“You guys aren’t wrestlers, you’re actors and you just do wrestling and I don’t think that’s a dig. You guys make way more money than me like, good on you, but I just feel like when I say proudly, ‘That’s a wrestler. I am a wrestler, I am not an actor.’

But I know you guys can wrestle, you’re just not really allowed to show it, I guess. But other than you want to make a lot of money and retire, that’s what WWE is kind of for these days.” (quote courtesy of SEScoops.com)

During the podcast, Ospreay also commented on why he has “no aspirations” of going to WWE.