The 30th anniversary of WWE RAW will take place on Monday, January 23rd in Philadelphia, PA. According to Mike Johnson of PWInsider.com, Sean “X-Pac” Waltman and Kane are among the legends that are currently slated to be at the event. In addition to them, Ric Flair mentioned during his podcast that he’ll be in Philadelphia that night.  Kurt Angle also teased an appearance during his podcast.

Smackdown stars including Roman Reigns and Ronda Rousey are also being advertised for the event. 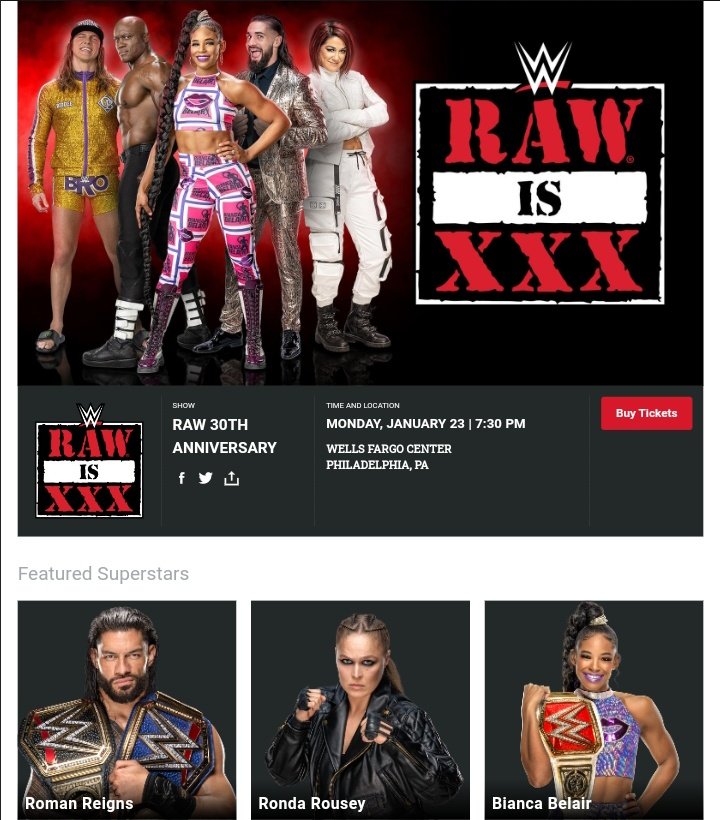