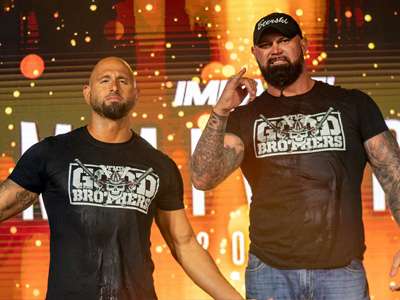 In regards to speculation of Anderson and Gallows returning to WWE, Mike Johnson of PWInsider.com noted that “there had been overtures from WWE (the Vince McMahon-era regime, not the current regime) towards the team, but WWE sources indicate talks at the time fizzled.” Because of what happened with the team being released right after Wrestlemania 36, Johnson mentioned that “they weren’t going to return on the cheap and that led to talks dissipating.” The belief is that things could change now that Triple H is in charge of creative.