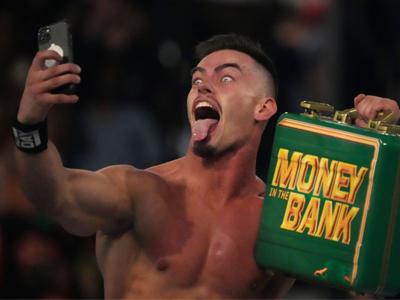 WWE United States champion Austin Theory did not appear at Friday night’s WWE live event in Toronto as advertised. Dave Meltzer of F4WOnline.com noted the following about the situation…

“Theory on Friday was not in Toronto, but I was told it’s not an injury or anything like that. He was supposed to be in the main event with Seth. I don’t know if it was an issue going across the border. The building put it out, which is really weird because WWE usually puts it out….I was told that Theory is going to be, at least a few hours ago, would be wrestling Seth Rollins, and there’s no problem or no injury or anything like that. I don’t know what it was.” (quote courtesy of WrestlingNews.co)

Theory is scheduled to defend his title against Rollins on tonight’s WWE RAW.

@WWERollins you will truly know your place in the @WWE after tomorrow night when I put you in the past. It’s NOW time for you to go A-Town Down!!!#wweraw pic.twitter.com/5Mu5j74CRW