As previously noted, Sasha Banks (Mercedes Varnado) will be in attendance for NJPW Wrestle Kingdom 17 and there is speculation about Sasha possibly being Saraya’s mystery partner on the January 11th 2022 edition of AEW Dynamite in Los Angeles.

“Talent that Fightful speaks to in AEW tell us they’ve been ‘no sold’ when asking about Sasha Banks being Saraya’s partner, but they’re still of the belief it’s her. The fact that it wasn’t shot down either on screen or internally, promoting it a month out, it being a week after her Wrestle Kingdom appearance, and the cast of characters involved in the tag match were all points brought up to us by talent in the company when assuming it was her.”

However, one talent also believes that Sasha didn’t complete a deal with AEW as of last week because of still having contractual ties to WWE until the new year. 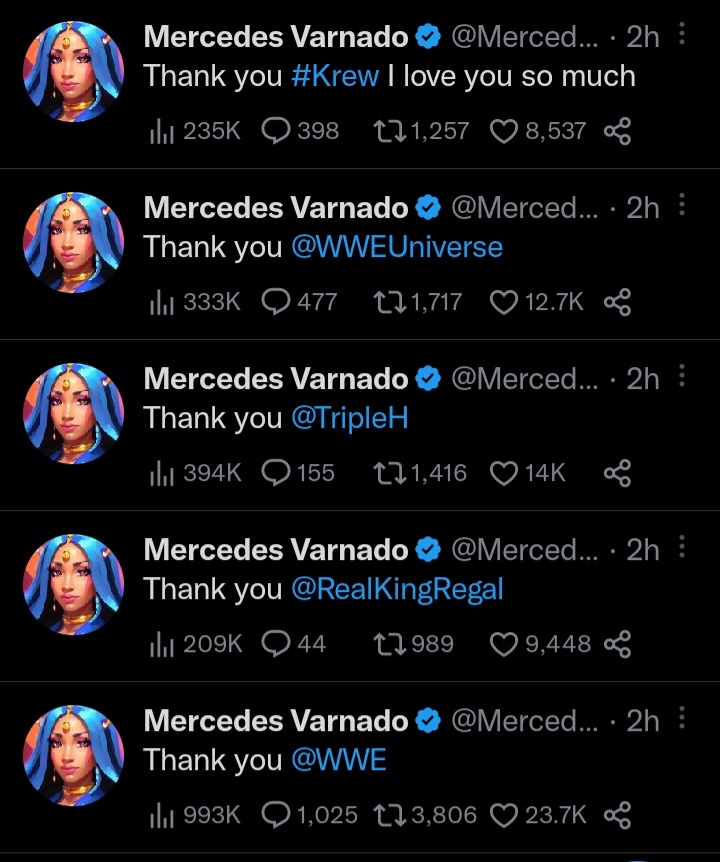