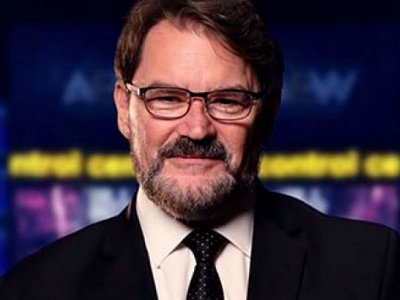 During the October 23rd 2021 edition of AEW Saturday Night Dynamite, Tony Schiavone accidentally dropped an f-bomb during the Bryan Danielson vs. Dustin Rhodes match. When Rhodes got fired up from Danielson’s kicks, Schiavone stated that Danielson had “f*cked up on that one, didn’t he?”

During the What Happened When podcast on AdFreeShows.com, Conrad Thompson informed Schiavone about what was said and here was Schiavone’s response…

“When did I say f**k? And they let it air? I spent the very next day with Tony Khan. He didn’t say anything to me about it. Who knows. It’s gone. I guess it’s online now, isn’t it?”

“I had a feeling that it would come back to bite me, eventually, all the f**ks that I use on this podcast that eventually one would slip out. Usually, I would think that it would have registered with me at that time that I had set it. If you’re offended by it, f**k you. [laughs]. No, if you’re offended by it then I’m very sorry. There are stopgaps in place to prevent that. I think everybody missed it because Excalibur when we were walking back would have said something to me. He would have said, ‘Hey, you got f**k in.’ I would have gone, ‘What?’ Thank you for warning me, but I feel bad about this.” (quotes courtesy of Fightful.com)