On May 9th, Sami Zayn tweeted the following in regards to the ongoing conflict between Israel and Palestine…

“There is no viable moral defense for stealing people’s homes based on their ethnicity.#FreePalestine #SaveSheikhJarrah”

On May 10th, Zayn called out politician Andrew Yang. Zayn ended up deleting his tweets but here is a screenshot of his response to Yang… 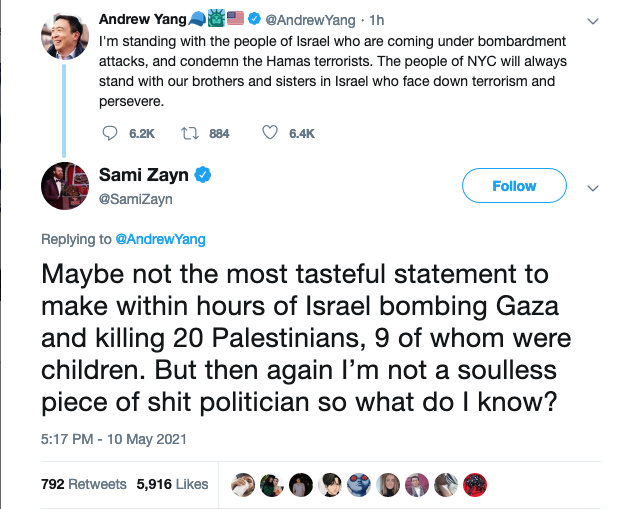 Dave Meltzer of F4WOnline.com reported that “this wound up with pro-Israel groups and media contacting WWE, NBCU and FOX, which did not respond.”

The hashtag #WeSupportSamiZayn trended on Friday with fans backing Zayn’s support for Palestine.

Trash, all of them. This isn’t Israel, you can’t silence people here. Doesn’t matter where he works and if you’re threatening his job because it, you’re clearly scared of the truth getting out there. #WeSupportSamiZayn #FreePalestine 🇵🇸 pic.twitter.com/C1g7n7FZFc