WWE tweeted a question to fans about the best high-flyer in the company right now. Ricochet addressed the question and then responded to a fan with a comment about WWE NXT star Io Shirai. Ricochet ended up deleting his tweet about Shirai but I was able to capture a screenshot. Here are the tweets… 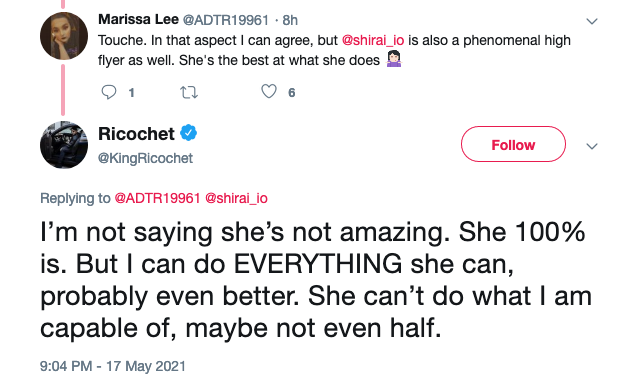