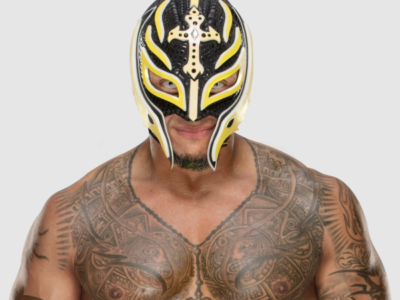 In recent months, there have been online rumors of Dominik Mysterio turning heel against his father Rey and the two having a match against each other.

In an interview with metro.co.uk, Rey addressed the rumors…

“We actually talked about this a while back, when my son started to train. The more and more we got to spend time together in the ring and outside of the ring, it came to the point where me and my son were like, ‘there’s no need.’ The connection here is so beautiful, the love – more than father and son, I think we’re like best friends. For the moment, there’s no time for us to even be thinking, ‘how would it be like to face each other?’”

“We’re enjoying such a great moment right now within our personal lives, within our wrestling careers. For me, it’s a complete blessing, before I end up retiring – to have been able to share these moments with my son. So that thought of possibly facing each other, I think was thrown down the trash a while back.”

WWE legend Rey Mysterio has weighed in on a potential dream match against his son Dominik – and he insisted it’s no longer on the cards. Despite a potential feud with his real life offspring being the kind of blurred lines magic pro wrestling does like no other artform, the masked luchador suggested holding the SmackDown Tag Team Titles together means much more.